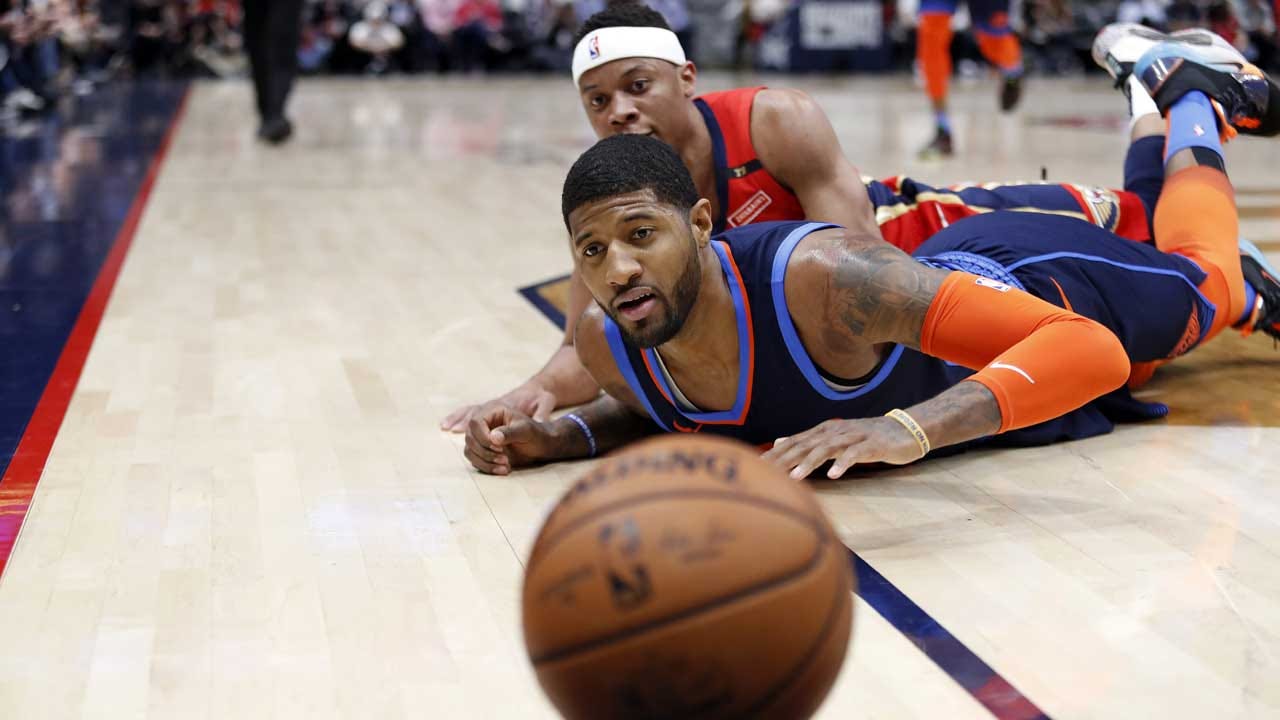 Julius Randle capped a 33-point, 11-rebound performance with three clutch baskets in the final minutes, and the New Orleans Pelicans beat the Oklahoma City Thunder 131-122 on Thursday night despite losing All-Star Anthony Davis to a shoulder injury after the first half.

Davis was in the game when the first half ended, but kept his left arm still as he walked to the locker room shortly after fouling Nerlens Noel on an attempted shot block with his left hand in the final second of the second quarter. When the second half began, the Pelicans announced that Davis was out of the remainder of the game with a left shoulder injury, putting his availability for this weekend's All-Star Game in doubt.

Russell Westbrook increased his record triple-double streak to 11 games with 44 points, 14 rebounds and 11 assists. But he missed a late 3-point attempt when the Thunder trailed by five just inside the final minute of the game. New Orleans rebounded and held on from there.

Jrue Holiday had 32 points and seven assists, none more timely than his driving feed to Randle in the paint with 1:30 to go.

Davis was in the starting lineup and played 16 minutes during the first half. He scored 14 points, grabbed four rebounds, assisted on two baskets and blocked a shot. His performance helped New Orleans take a 66-63 lead into halftime.

Davis did not emerge from the locker room to start the second half.

Coming off a listless, 30-point loss to Orlando two nights earlier in which Davis scored just three points on 1-of-9 shooting, the Pelicans bounced back with a far superior showing against a team with the third-best record in the Western Conference.

The Pelicans led for most of the game and by as many as 17 on Randle's free throws with five minutes left in the third quarter.

The Thunder pulled as close as 121-118 with 2:52 left, when George hit a straight-on 3, hollering and pounding his chest after the shot went down.

But the Pelicans didn't fold thanks to Randle, who responded to George's clutch 3 by tipping in Kenrich Williams' missed 3-pointer.

Pelicans: E'Twaun Moore intentionally fouled Ray Felton so he could check out of the game and limped to the bench favoring his left knee with 31 seconds left in the first quarter. He returned in the second quarter. ... Pelicans coach Alvin Gentry said before tip-off that guard Elfrid Payton is expected to return from a right ankle sprain after the All-Star break.