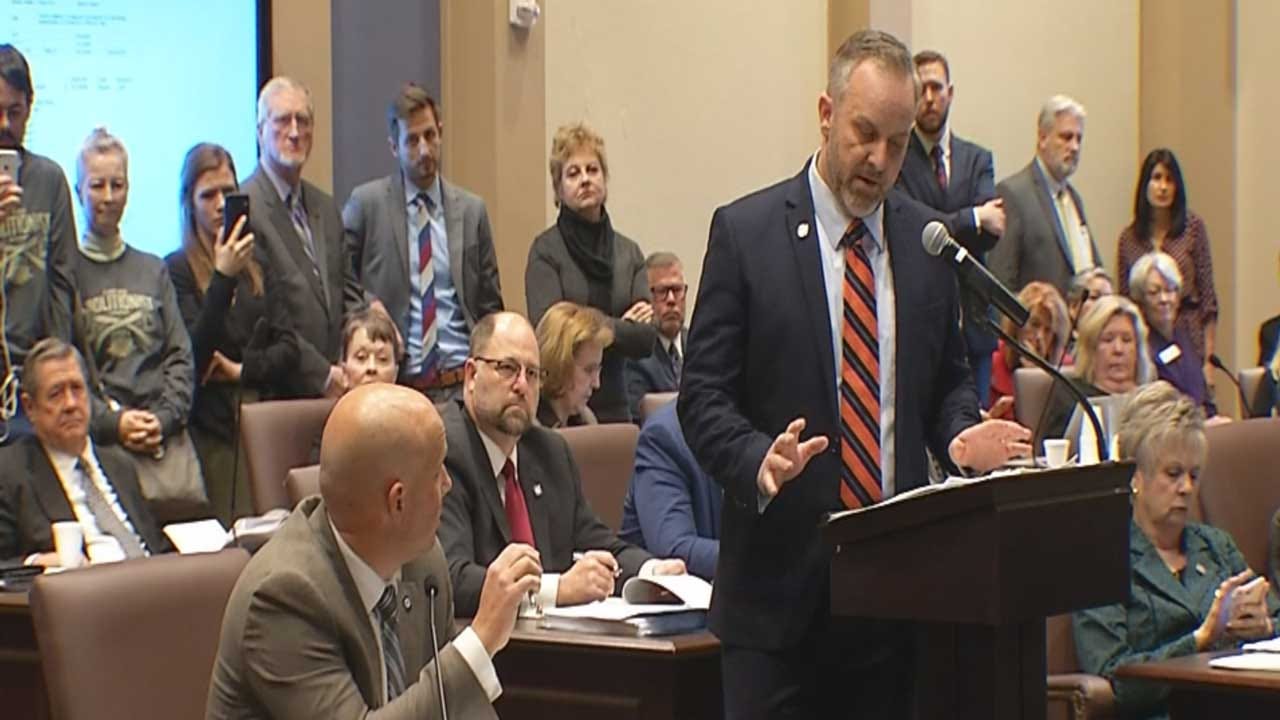 A Senate committee passed a bill that would outlaw abortion if Roe v. Wade is overturned. And the move angered folks on both sides of the abortion debate.

Anti abortionists say the bill will do nothing to end abortion in Oklahoma.

President Pro Tempore Greg Treat, who is pro-life, pitched Senate Bill 195. It will do away with any existing pro-life laws if Roe v. Wade is overturned.

“You no longer will need those regulations if the central holding of Roe or Planned Parenthood vs. Casey is eviscerated,” said Treat.

The bill would put into play a 100-year-old law that already outlaws abortion in Oklahoma.

But anti-abortionists, who say they are different from pro-lifers, say the bill doesn’t go far enough. They want abortion to be illegal. So, they’re pushing Senate Bill 13.

Senate Bill 13 author Senator Joseph Silk (R) Broken Bow said, “It is a nullification bill. That’s exactly what it is. Senate Bill 13 would bring about an immediate end to all abortion and the practice of abortion in Oklahoma.”

Treat responded, “We don’t need another bill to challenge Roe. There are a ton of them out there.”

Pro-choice advocates say both bills are dangerous to women.

“This bill would criminalize women and doctors. It’s unconstitutional. It would be a detriment to Oklahoma women and their families,” said Priya Desai of Oklahoma Call for Reproductive Justice.

Senate Bill 13 will not be heard this session, but abolitionists say the war against abortion if far from over.

Read Related Story: Lawmaker Will Not Vote On Anti-Abortion Bill

“It will be Senate Bill 13 as we go into next session. And the rally that had six or seven hundred people a couple weeks ago, you’ll see another one next year that’s probably going to have several thousand at it,” said Silk.