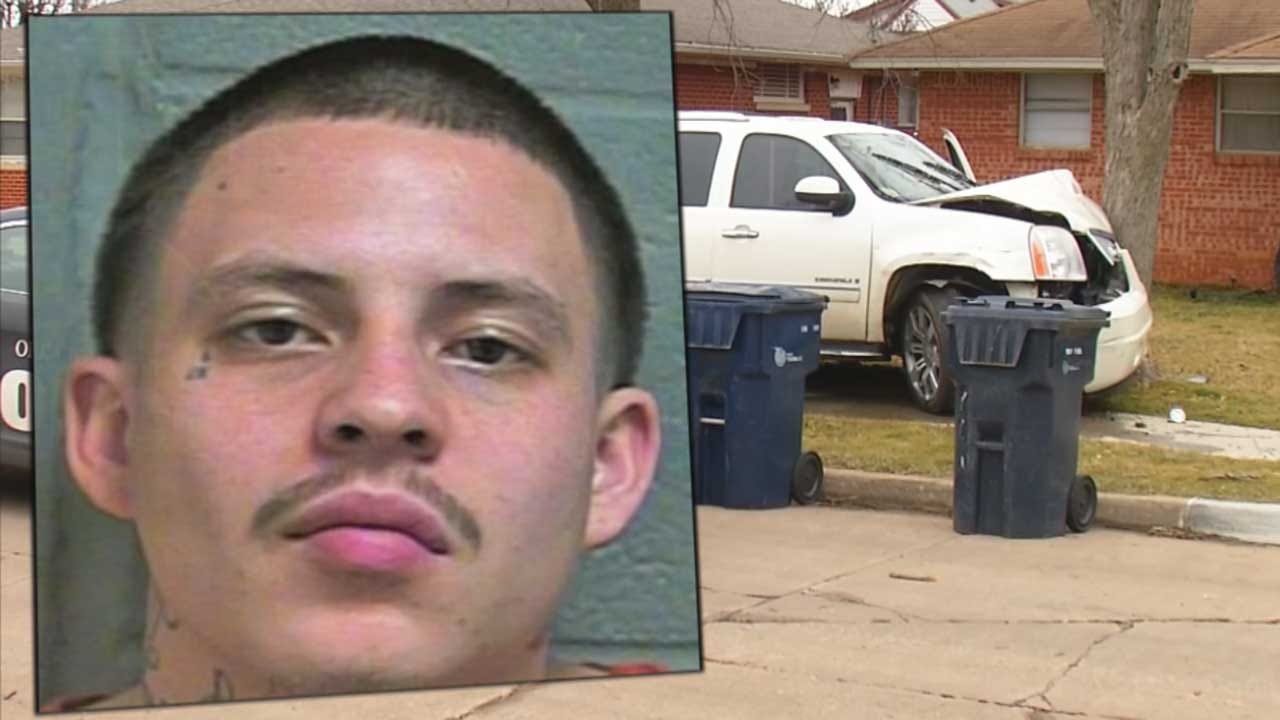 Miguel Soto is facing a string of charges after, police say, he kidnapped a man at gunpoint before leading police on a high-speed chase through the metro.

Following a drug deal Friday afternoon, the chase ended with Soto crashing into a tree near Southwest 57th Street and Broadway in Oklahoma City.

A family member who witnessed the kidnapping was able to call 911.

911 Dispatcher: “Did they just grab her and put her in the truck?

According to police, the victim got into Soto’s SUV with the intentions of buying marijuana. But police say when Soto couldn’t produce change for the victim, Soto pulled out a gun and pointed it. Seconds later, police say Soto drove off with the victim.

According to police, the victim’s family members were in another vehicle nearby and gave chase.

Police say two of the victim's family members were determined to keep up with the Escalade, telling dispatchers where police needed to go and what to look for.

Caller: “Southeast 69th, he's in a white Tahoe, tinted windows by a school.”

At one point, police say Soto took aim, firing at them.

But after losing sight of Soto, police say, the victim managed to jump from the SUV.

Soto bullied his way through traffic, slamming into five other vehicles.

The chase ended moments after police got behind Soto, when he crashed into a tree.

Caller: “Tell the cops they got him, he's behind them right now!”