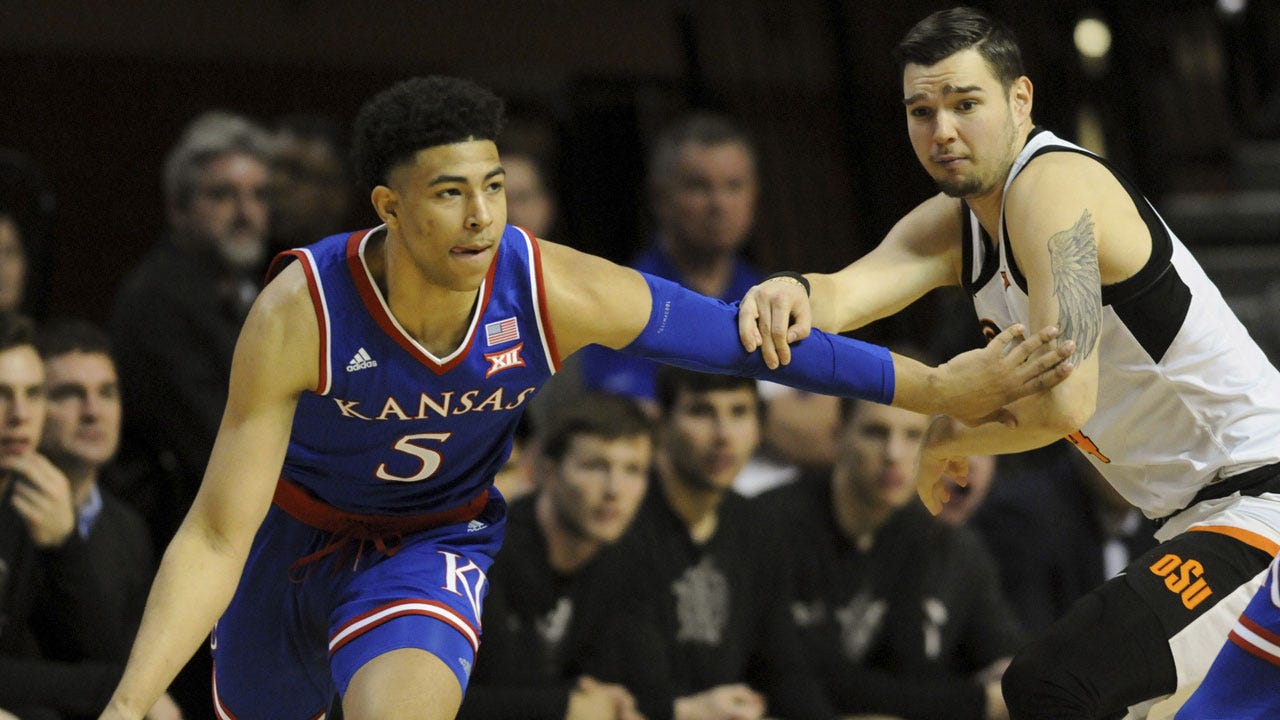 STILLWATER, Okla. (AP) -- Dedric Lawson scored 20 points and tied a season high with 15 rebounds Saturday to help No. 15 Kansas escape with a 72-67 victory over Oklahoma State.

Lawson also had three steals for his 18th double-double of the season. Quentin Grimes added 17 points for Kansas (22-7, 11-5 Big 12), which has won five of its last six games.

Cam McGriff had 19 points and eight rebounds for Oklahoma State (10-19, 3-13) before fouling out with 1:38 remaining. Curtis Jones contributed 19 points and five rebounds off the bench.

The Cowboys, who led most of the way, have lost three in a row and eight of nine.

With Kansas up 68-67 and 14 seconds left, Thomas Dziagwa missed a 3-pointer. After Lawson made two free throws, Lindy Waters had an open 3 from the right corner with seven seconds to go, but it bounced off the rim.

Kansas: The Jayhawks had their worst first-half shooting percentage of the season, connecting on just 33 percent, including just 3 of 12 from 3-point range. They missed their last four of the half and the first two of the second before things got better. At that point, Kansas trailed 39-32, but then made four of the next five shots as part of an 11-0 run that turned the tide.

Oklahoma State: The Cowboys have been doing well of late with 3-pointers. They made 11 of 29 (38 percent), including 7 of 14 in the first half. That came after Oklahoma State hit a school-record 17 3-pointers in an 84-80 overtime loss to No. 11 Texas Tech on Wednesday. Unfortunately for the Cowboys, they couldn't hit their last two 3-pointers or they might have been headed to overtime again.

Kansas: The Jayhawks remain on the road, visiting Oklahoma on Tuesday in hopes of a season sweep. They won the first game 70-63 on Jan. 2.

Oklahoma State: The Cowboys play at Baylor on Wednesday, hoping to avenge their 73-69 loss at home on Jan. 14.