Teens Stranded At Sea Cried Out To God For Help. Then A Boat Named 'Amen' Rescued Them Teens Stranded At Sea Cried Out To God For Help 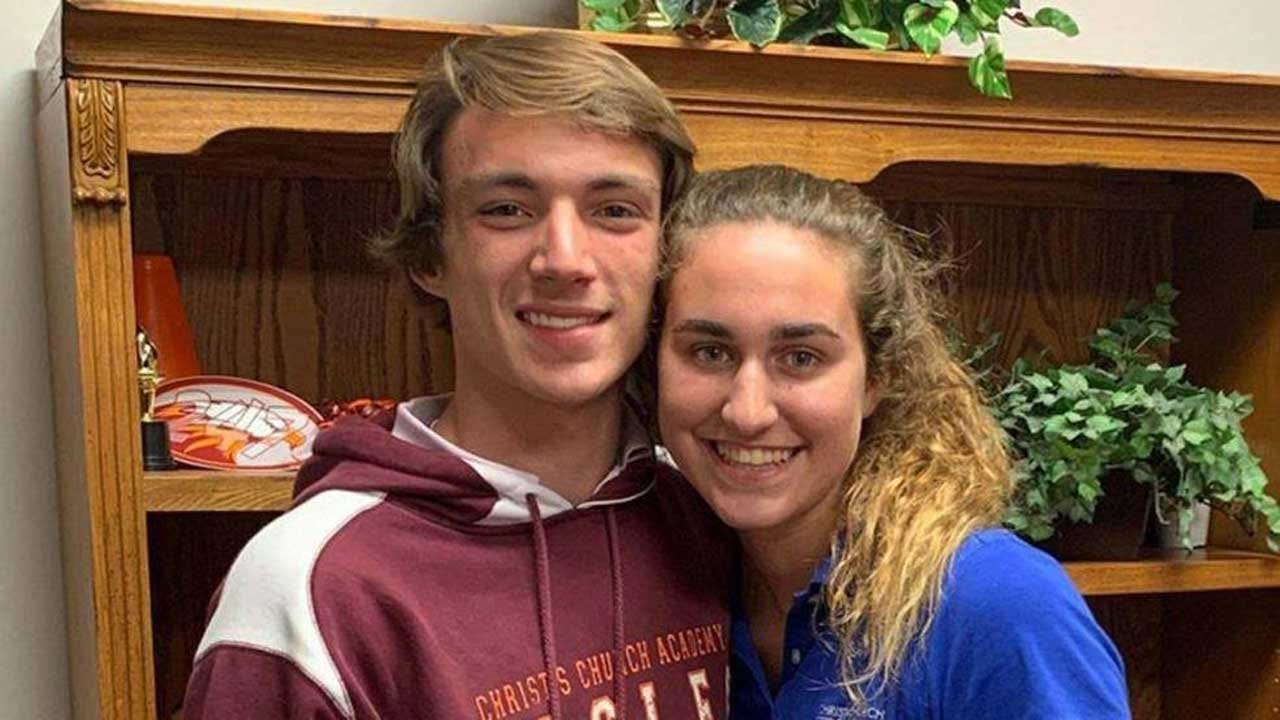 Two Florida teenagers are counting their blessings after they were rescued from a strong ocean current right before Easter weekend. After going out for a swim, high school seniors Tyler Smith and Heather Brown were stranded at sea for more than an hour when they cried out to God for help. Fortunately for them, their prayers were answered in the form of a boat named the "Amen."

Smith, Brown and a group of their classmates from Christ's Church Academy went to Vilano Beach to celebrate senior skip day on April 18. Smith and Brown, who have known each other since they were 8 years old, told CBS News on Friday they saw an island and they decided to try swimming toward it, despite the fact that there were no lifeguards on this remote part of the beach.

Smith said they first went for a red buoy a few dozen yards away, but the distance appeared to grow larger. He then told Brown they'd aim for the direction of the St. Augustine Lighthouse because of its proximity to the coastline — but that suddenly looked harder to do, too.

"We started to realize we were getting further away from the lighthouse rather than getting closer," Smith told CBS News. "That's when we started to freak out."

"This current pushed us so far we couldn't do it," Brown added. "At that point, we knew were in trouble."

Desperation was settling in and exhaustion started to become a factor. They linked arms and floated together; otherwise, Brown feared, "If we kept swimming, we would have drowned." As they floated, they prayed for help.

"When we linked arms, honestly cried out to God, 'If you're out there, please send something to save us,'" Smith said. Around 30 minutes later, a boat en route from South Florida to New Jersey spotted them.

"It came out of nowhere," Brown said. "When I saw it, I knew we were getting out of here." At that point, her first thought was, "God is real."

The crew on the boat hauled them in and gave them blankets to warm up. Captain Eric Wagner had a surprising yet fitting revelation for the teens — the boat's name is the "Amen." Both teenagers were safely returned to shore.

On Thursday, they spoke to the captain via Facetime for the first time since their encounter at sea. Smith said Wagner felt "God sent him there."

"They weren't even supposed to there," Smith said of the boat. "The ocean was really bad that day. The water was really choppy but he and his crew decided to wait it out."

With graduation weeks away and college on the horizon, the teens are thanking God and Captain Wagner for their rescue.

"He obviously has a plan for us," Brown said. "We're not supposed to leave this earth yet."

Teens Stranded At Sea Cried Out To God For Help. Then A Boat Named 'Amen' Rescued Them