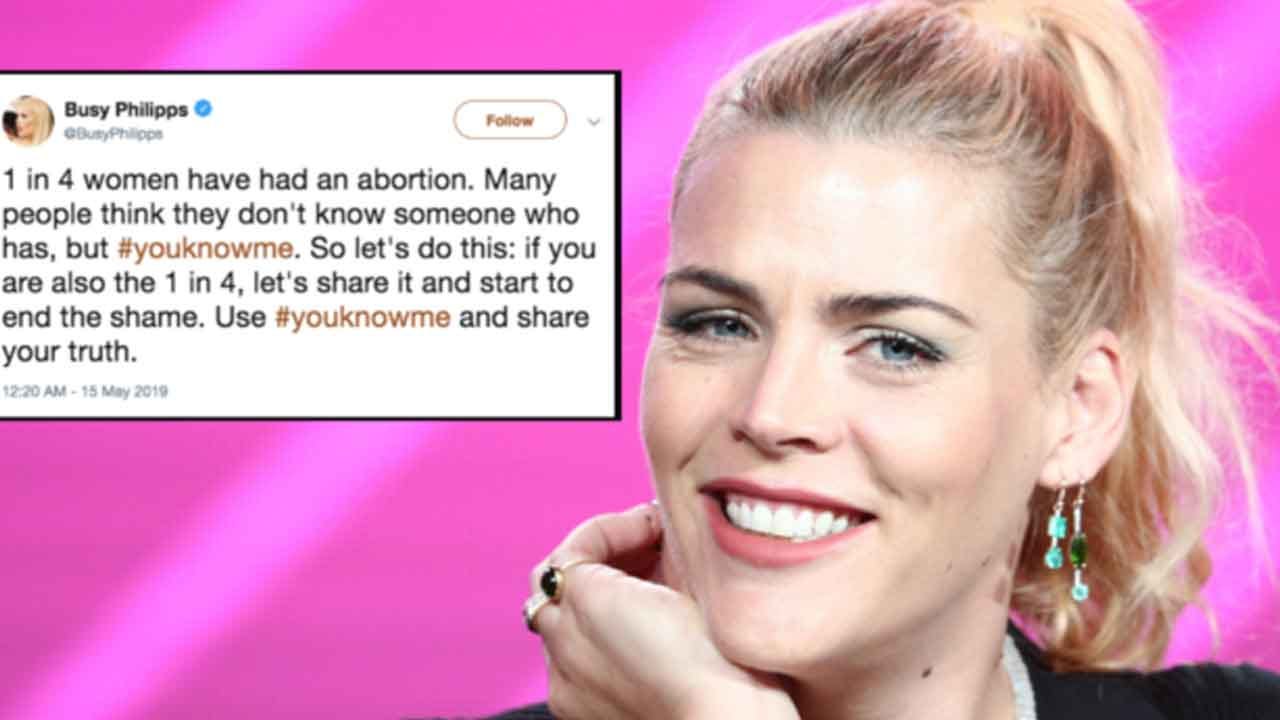 The Alabama State Senate voted Tuesday to pass the nation's most restrictive abortion bill and -- before it was signed into law by the state's governor less than 24 hours later -- actress Busy Philipps took to social media to encourage women to speak about their abortion stories. With the hashtag #youknowme, a viral internet campaign was born — one some are comparing to the famous #MeToo movement.

"1 in 4 women have had an abortion," wrote Philipps on Twitter early Wednesday morning. "Many people think they don't know someone who has, but #youknowme. So let's do this: if you are also the 1 in 4, let's share it and start to end the shame. Use #youknowme and share your truth."

The tweet, which has nearly 10,000 retweets and almost 50,000 likes, quickly went viral as women shared their abortions using #youknowme. Some users' stories centered around emotional tales of sexual abuse or assault.

"I was sixteen. I had been raped by a school volunteer," wrote user @TheSaltWell. "The fetus had caused internal bleeding and I was fifteen minutes from dying. I was a Sophomore in high school...dying because of the choice of one man. It was either me or the fetus that was going to die anyway. #youknowme."

"F****** hard for me to put this out but, the condom was removed without my consent - I was drunk and asked far too late — and the morning after pill didn't work," user @alltheseasons_ wrote. "#Youknowme and it's time I didn't feel so ashamed of this."

Other women explained that they felt they were not ready to take on the responsibility of having a child. "I had an abortion," tweeted actress Linsey Godfrey. "I just simply wasn't in a place, financially or emotionally to take that on. I was and still am glad I had that choice because that's exactly what it was, it was my choice, my body. #YouKnowMe"