Oklahoma's 'Reign Of Terror' Catches The Attention Of Hollywood 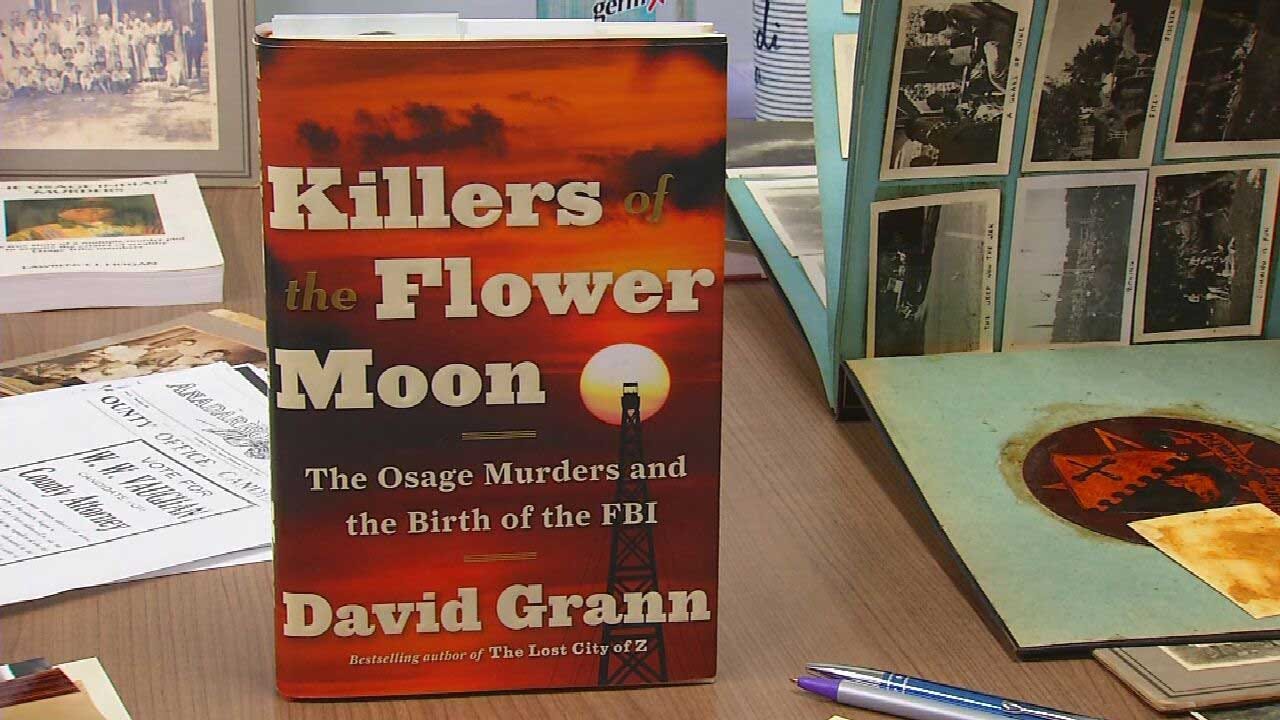 Perhaps as soon as this summer, some of Hollywood's biggest names -- including Leonardo DiCaprio and Martin Scorcese – could begin filming the movie adaptation of the best-selling novel Killers of the Flower Moon.

The 2017 book by David Grann is the true story of the sinister and systematic murder of dozens of Oklahoma's Osage citizens in the 1920s. It's a tragic and shameful chapter in the state's history -- a history that some Oklahomans still live with.

"Grandfather was an interesting man," said Mel Vaughan, a biology professor at UCO. "He had morals, he had scruples."

But in 1923 in Osage County, morals and scruples were no match for the greed that stalked the Osage people and anyone else who got in the way. Vaughan knows that as well as anyone, because of what transpired with his non-Osage grandfather.

"[He] was called from Pawhuska to come to Oklahoma City where George Bigheart was in the hospital," Vaughan started."

Vaughan's grandfather was respected Pawhuska attorney W.W. Vaughan, whose Osage client Bigheart had been poisoned and was dying. From his Oklahoma City deathbed, Bigheart must have given his attorney incriminating information, because W.W. then reportedly called the Osage County sheriff, announced that he had enough evidence to make an arrest, and would be on the next train back.

"So, the train came back during the night," Vaughan explained, "and when it arrived in Pawhuska, he wasn't in his berth."

W.W's clothes were there, but his bed hadn't been slept in.

Author David Grann picks up the story: "People looked for him everywhere, they sent out the bloodhounds, the Boy Scouts."

Grann included the incident in his book, in part because it helped illustrate the lengths to which those behind the killings were willing to go to carry out their scheme.

Killers details the carnage and treachery from what is known in the Osage Nation simply as the "Reign of Terror," a roughly five-year stretch (1921-1925) during which an estimated 60 Osage citizens and others were killed by white men who were desperately trying to gain control of the Osage's enormous mineral wealth.

Decades earlier, at the end of the Civil War, the U.S. government forced the tribe, which had already been moved once, to sell its land in Kansas and remove to Indian Territory in present-day northeast Oklahoma. Osage leaders were able to negotiate a good price for the land and, fortuitously, used the proceeds to buy their new reservation, giving them property rights that other tribes didn't have.

In 1906, following the discovery of crude oil under Osage land, Congress passed the Osage Allotment Act. While mandating that subsurface minerals within the Osage Nation reservation be held in trust by the U.S. government, the Act stipulated that communal rights to the minerals, and thus all resulting royalties -- belonged to the Osage.

By the early 1920s, production in the Osage oil fields had taken off, royalties were pouring in, and the Osage had become unimaginably rich.

White authorities, asserting that the Osage could not manage this wealth on their own, passed a series of laws restricting the Native Americans' access to their own money, while at the same time creating pathways, through marriage and guardianship, for non-Osage to access it.

In a recent interview in Oklahoma City, Grann explained that the result of these disingenuous actions was to inspire a level of deceit and betrayal that is hard to fathom: men of supposedly high character using their power to manipulate others and reach out to their Osage neighbors with one hand in friendship, while using the other hand to order their executions.

And the greed-motivated killing didn't stop with tribal members.

"Many of those who tried to capture the killers were themselves killed," Grann said, "and one of those was W.W. Vaughan."

In researching his book, Grann got to know several of Vaughan's descendants, just as he got to know numerous other descendants of people involved in the Reign of Terror. He said the murder of W.W. Vaughan, a husband and father of 10 children, was particularly heinous.

"And it was also one of the cases that was never really resolved," Grann noted, "and the family had always lived with doubts."

Mel Vaughan admits to having had doubts about several aspects of the case, even being unsure that his grandfather was intentionally killed. His cousin, Susie Vaughan Settles, on the other hand, was not so conflicted.

"I don't have a doubt in my mind that he was murdered," Vaughan Settles stated.

Vaughan Settles doesn't remember exactly when she first heard the story about her grandfather's death, but she vividly remembers the first time her widowed grandmother Rosa ever spoke of it around her.

She said it was one evening at her home in Sallisaw: "We were all watching TV, and it said something about somebody being released from prison," Vaughan Settles recalled, "and she stood up out of her chair and she started whooping, and she said, 'That man should be dead, that man should be dead! He should not be getting out of prison!'"

Even today, Vaughan Settles isn't sure which conspirator her grandmother was talking about. Indeed, she and her cousins were left to fill in most details of the story themselves.

They knew their grandfather's body was eventually found, naked and with a broken neck, next to the tracks near Tryon. He had made it about a third of the way to Pawhuska before someone had thrown him off the train.

After meeting with Grann (he was still in the early stages of his research for the book) and being convinced that his interest in the subject was legitimate, Mel Vaughan gave him all the materials he had accumulated over the years -- two tubs filled with clippings, photos and family remembrances.

"I spent close to a year trying to follow those leads and connecting them," Grann told us.

Grann spent part of that year at the National Archives in Fort Worth, TX, digging through U.S. District Court records and files from the then-fledgling FBI's investigation into the Osage murders. What he found pointed convincingly to a respected Pawhuska citizen, a local bank president who Vaughan had considered a close friend: H.G. Burt. It seemed that Burt not only threw Vaughan off the train, but then tried to embezzle $10,000 from Vaughan's widow.

As to motive, Grann also learned that Burt was the guardian of Bigheart's daughter, giving him financial incentive to, if not poison her father, at least derail any attempt to solve his murder, as W.W. Vaughan was reportedly about to do.

Grann said he shared all that he uncovered with Susie, Mel, and another cousin, Martha: "And she began to cry on the phone, and I felt very bad at first, thinking maybe I shouldn't have shared this with her. And she said, 'No, no, no--it's just that we've been living with this for so, so long.'"

After so many years of uncertainty, Mel Vaughan said he's now satisfied that W.W. Vaughan truly was the victim of foul play.

"Grandfather wasn't just in some horrible accident," Vaughan said, "but was really in the midst of something terrible."

Susie Vaughan Settles never doubted that her grandfather was the victim of a murderous plot -- "It's just beyond my belief that a man could kill the father of these children," she exclaimed, pointing to a photo of the ten children.

Vaughan Settles' father ended up marrying a Cherokee woman, whose belief in eternal justice gave her hope that someday the perpetrator's name would be made known, in some way or another.

"We always knew that justice would prevail," Vaughan Settles smiled, "but we were so happy it prevailed right here in a New York Times best-selling book."

Bus Routes Are Big Concern For Some Green Country Districts