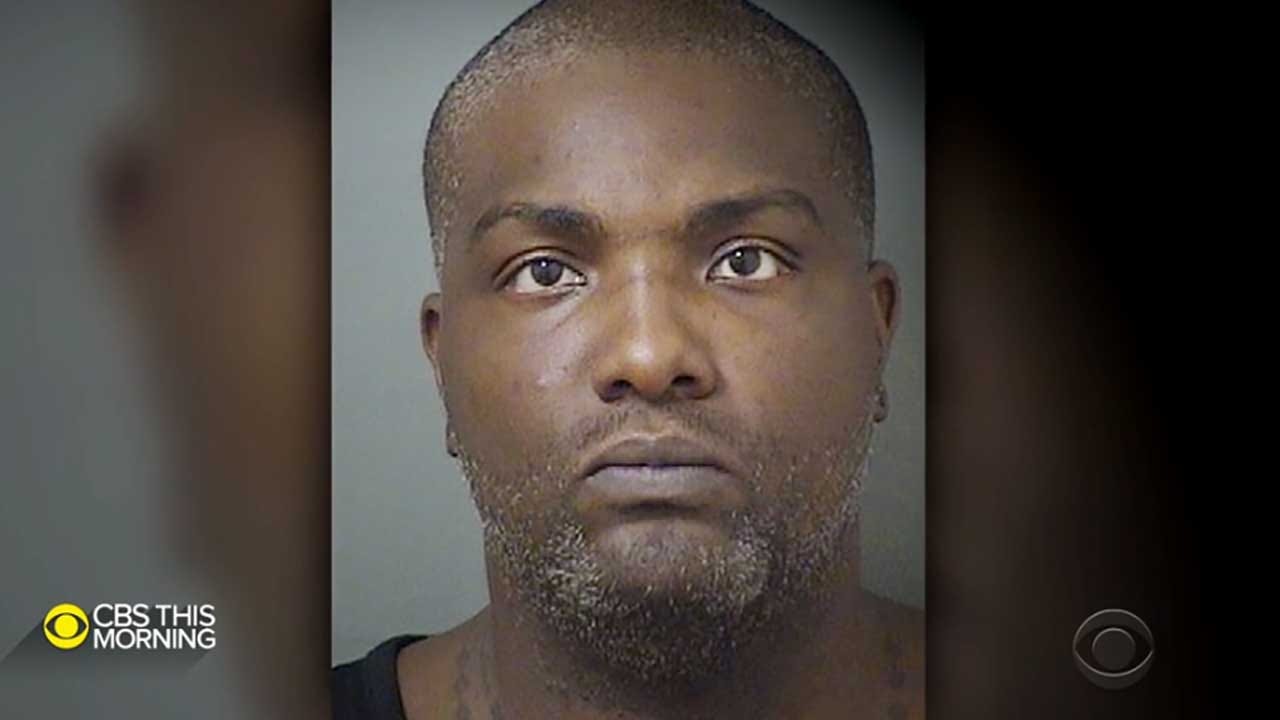 Police in Florida have arrested a former criminal justice student they suspect to be a serial killer, linked to the murders of at least four women across the state spanning a decade.

The Palm Beach County Sheriff's Office has charged Robert Tyrone Hayes with the murder of 32-year-old Rachel Elizabeth Bey, whose battered body was found off a Jupiter highway in 2016. Police in Daytona Beach, nearly 200 miles north, said Hayes, 37, is also linked by DNA or ballistic evidence to the shooting deaths of three other women in 2005 and 2006.

"I can't be more happy today that we got this killer off the streets so nobody else can become a victim," Daytona Beach police chief Craig Capri said at a press conference Monday.

Hayes appeared briefly in a Palm Beach County court Monday and was ordered held without bond on a first-degree murder charge in the death of Bey, who had been beaten, strangled and sexually assaulted. A judge appointed a public defender to represent Hayes. Two of Bey's brothers attended the hearing, reports CBS affiliate WPEC.

7th Circuit State Attorney R.J. Larizza said he expected to charge Hayes later in the 2005 killing of LaQuetta Gunther and the 2006 murders of Julie Green and Iwana Patton in Daytona Beach. Police there previously believed the three cold cases to be linked to the same suspect, known as the "Daytona Serial Killer."

Larizza called the slayings "brutal crimes." All three Daytona Beach victims got into a car with a stranger and their bodies were dumped in a secluded area, reports WPEC. Capri said all suffered gunshot wounds.

Capri did not detail how investigators used genetic genealogy in the case. The technique has expanded in popularity among law enforcement since it was used to identify the suspect in California's notorious "Golden State Killer" case, but it has also raised a host of privacy concerns. The technique utilizes public DNA databases, where users who have obtained their own DNA profiles from commercial companies such as Ancestry.com and 23andMe can upload them to expand their search for relatives.

Cold case investigators have used unidentified suspect DNA profiles to search the public databases of genetic blueprints in the hopes of finding a "partial match" — a relative — and developing a family tree to narrow down the search for a suspect.

After honing in on Hayes, investigators in Palm Beach County obtained one of his discarded cigarette butts and confirmed his genetic data matched the DNA profile found at the crime scene where Bey was killed, according to an arrest warrant affidavit obtained by CBS Orlando affiliate WKMG. The DNA profile also matched evidence found at the scene of two of the Daytona Beach victims, Larizza said. Two of those three victims were also linked to Bey's murder with ballistic evidence, including the victim who was not linked through DNA, Larizza said.

Police believe a fourth woman who was also shot dead and left in a remote area may be linked to Hayes, but they are still investigating that case. 30-year-old Stacey Gage of Daytona Beach suburb Holly Hill was killed in 2007, reports WKMG. Her decomposed body wasn't found until nearly a month later. The Daytona Beach News-Journal reports that investigators were unable to uncover DNA from the scene but said her death was "eerily similar" to the deaths of Gunther, Green and Patton.

At the time the women in Daytona Beach were murdered, Hayes was studying at Bethune-Cookman University. The school confirmed in a statement to CBS News he was enrolled from 2000 to 2006, when he graduated with a degree in criminal justice.

"While the B-CU community is relieved to know that law enforcement has made an arrest in this matter, we are surprised to learn that the suspect attended our university," a university statement said. They referred further questions to law enforcement, citing the ongoing investigation.

Hayes was among the hundreds of people interviewed early in the Daytona Beach investigation because he bought the same type of gun used in some of the murders at a local gun store, Capri said, but there was no evidence to link him to the deaths. Detectives recovered .40-caliber casings from two of the Daytona Beach slayings, and Hayes owned a .40-caliber firearm, according to the arrest report obtained by WKMG.

Hayes reportedly told investigators in March 2006 he gave the firearm to his mother, who lives in West Palm Beach, but in December 2006 he reported a .40-caliber firearm was stolen from his car in Riviera Beach.

Palm Beach County investigators said Hayes lived in West Palm Beach, about a mile from where Bey's body was found in 2016, according to the station.

Volusia County Sheriff Mike Chitwood, who was the Daytona Beach Police chief at the time of the murders there, said Monday he has spoken to the families of the victims and that they are "ecstatic" over the arrest.

"They didn't think they'd be alive to see this day come," he said.

Capri said the arrest is a "huge step for [family members] to start the healing process and the closure process, knowing that there's not a killer on the street that murdered their loved one, that he's in custody now."

Nate Kotisso The Sooners may be a championship program again in the very near future, but the future is certainly not now.
View More Stories