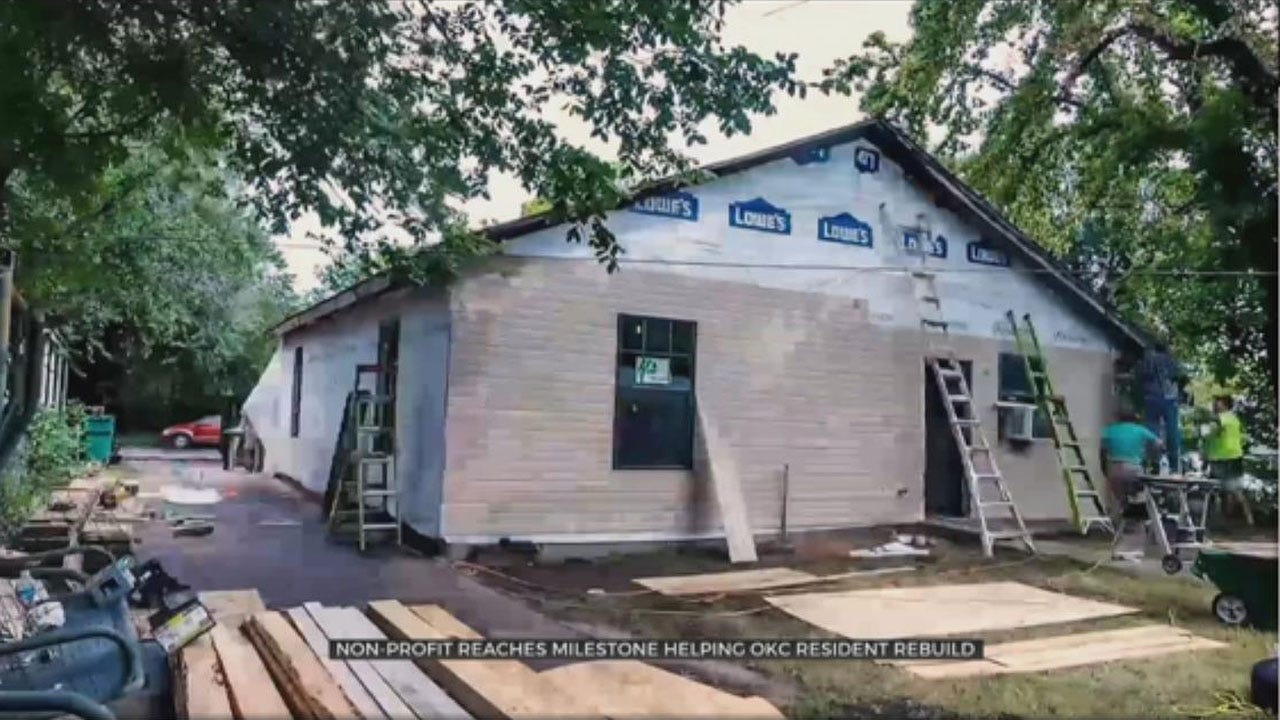 An Oklahoma City woman, Evelyn Buck, is now living in what looks like a new home, thanks to a local non-profit.

The home repair wasn’t just a milestone for Buck, but also for the Central Oklahoma Habitat for Humanity. Buck's home was the organization’s 500th Critical Home Repair.

She said her and her husband bought their home in Southwest Oklahoma City in 1993. Years after the purchase, Buck said a house fire destroyed almost everything.

“It had plastic ceilings because of the fire… Bedrooms were totally burnt up,” said Buck. “You’d shut the door and the ceilin’ would fall down on you, but it’s all good now.”

Buck said she’s a recovering drug addict and has been sober for years, but she still has physical limitations.

After her husband died last year, she asked for help from Central Oklahoma’s Habitat for Humanity and applied for it’s Critical Home Repair.

The organization said the program helps homeowners who are having trouble maintaining their homes. But, after the volunteers learned how many repairs Buck’s home needed, they called out for more help.

For two weeks volunteers added new siding and paint to the outside of the home, according to the Organization. They also added new drywall, flooring, windows, doors, and even a new bathtub.

Many of the volunteers, who have been repairing homes for years, said seeing Buck's home come together reminded them of how far they’ve come.

“We put our blood sweat and tears in every job that we do,” said Chris Hearn, who has been a Habitat for Humanity volunteer for years. “When you start adding up all the homes… you get to 500. It’s just a huge milestone for what we’ve done.”

“It looks so good, inside and out,” Buck said.

Buck said she’s been sleeping on the living room floor for seven years. She also said she was mostly looking forward to finally having a bedroom again.

Now she said her house looks like a brand new home.