Fort Worth Officer Who Fatally Shot Woman In Her Home Resigns 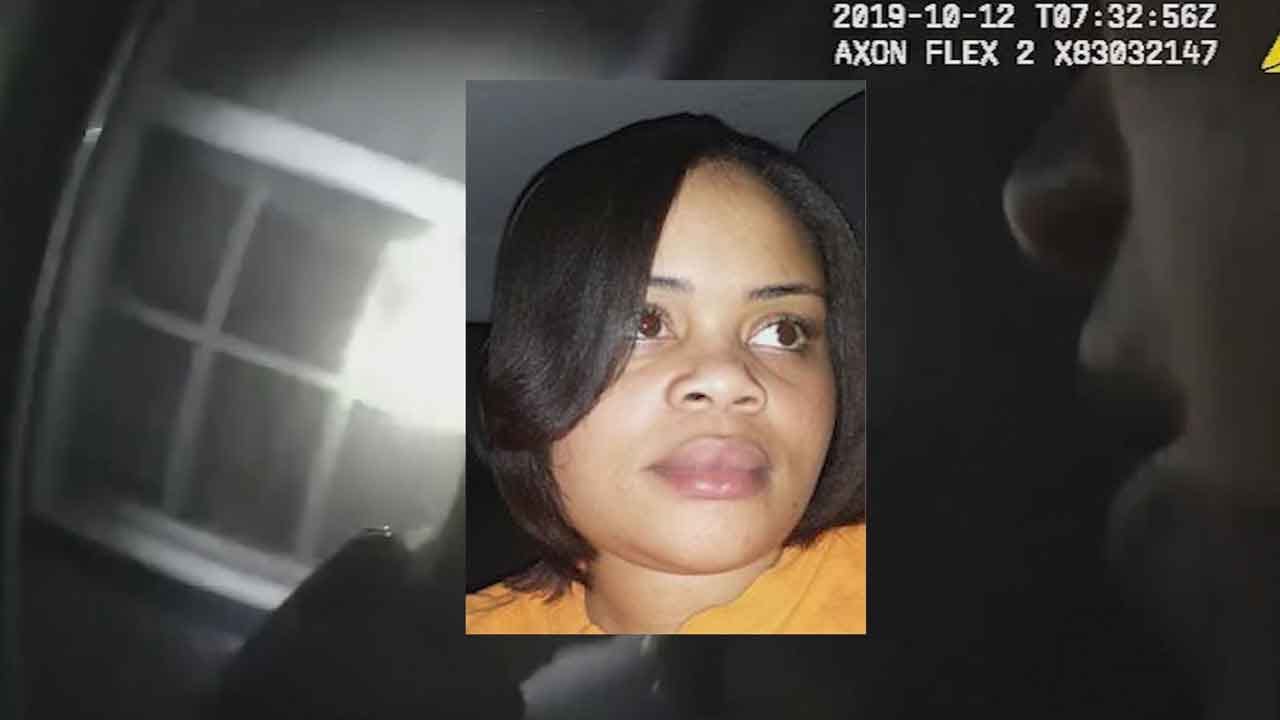 A white police officer who shot and killed a 28-year-old black woman in her Texas home as she played video games with her nephew resigned Monday amid calls from the woman's family for him to be fired and criminally charged. The Fort Worth Police Department said officers responded about 2:25 a.m. Saturday after a neighbor called a non-emergency line to report the home's front door had been left open. The responding officer fired a shot through a window, killing Atatiana Jefferson.

Speaking at a news conference Monday, Fort Worth police chief Edwin Kraus said he intended to fire the officer Monday for violations of the department's use of force and de-escalation policies. Instead, he said the officer gave his resignation. Kraus said an internal investigation was ongoing.

"Why this man is not in handcuffs is a source of continued agitation for this family and for this community," family attorney Lee Merritt said at the news conference in Dallas. 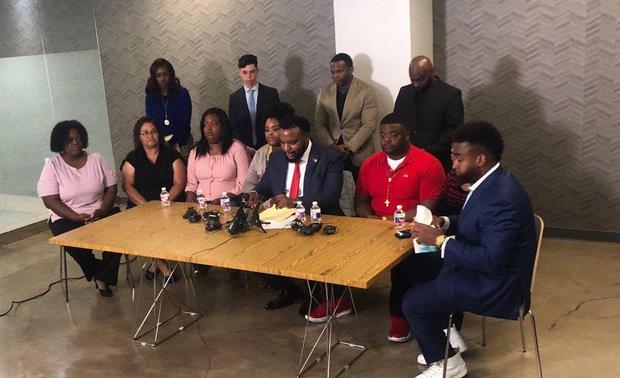 "We are not looking for a slap on the wrist," said community activist Cory Hughes, "... we are demanding that he be charged like the criminal he is."

Fort Worth police said in a statement that officers saw someone near a window inside the home and that one of them drew his duty weapon and fired after "perceiving a threat." The video released by police shows two officers searching the home from the outside with flashlights before one shouts, "Put your hands up, show me your hands." One shot is then fired through a window.

In the video, the officer does not identify himself as police.

Jefferson's sister Ashley Carr said Jefferson was killed by a "reckless act" and there was no justification for the officer's actions.

"She was enjoying a life in her home, where no one would have expected her life to be in harm's way, especially not at the hands of a civil servant who has taken an oath to serve and protect," Carr said.

Jefferson had moved into her mother's home because the mother had been in failing health and was recently hospitalized, the family said. She often helped care for her young nephews, including 8-year-old Zion. Merritt said Jefferson stayed up late playing video games with the boy and had "lost track of time" when they heard noise outside her bedroom window.

Merritt said the officers passed two open doors and never announced themselves, instead "prowling and whispering" outside.

According to Merritt, the child said his aunt wouldn't let him go to the window to investigate, instead going herself. That's when he saw her fall to the ground.

"I ask myself what would have happened had that little boy went to the window instead of his auntie," Merritt said.

A single bullet hole was visible in the window of the single-story, freshly painted purple home and floral tributes and stuffed animals piled up in the street outside Jefferson's home.

Fort Worth is about 30 miles west of Dallas, where another high-profile police shooting occurred last year. In that case, white Dallas police officer Amber Guyger fatally shot her black neighbor Botham Jean inside his own apartment after Guyger said she mistook it for her own. Guyger, 31, was sentenced this month to 10 years in prison.

According to a demographics report released by the Fort Worth Police Department, nearly two-thirds of its 1,100 officers were white, as of June 30. Just over 20% were Hispanic or Latino and about 10% were black.

The Fort Worth Police Officers Association issued a statement Sunday calling for "a thorough and transparent investigation" into the shooting.

Fort Worth police said it released the bodycam footage soon after the shooting for transparency, but that any "camera footage inside the residence" could not be distributed due to state law.

The bodycam video included blurred still frames showing a gun inside a bedroom. It's unclear if the firearm was found near Jefferson, and police have not said that the officer who shot her thought she was holding a gun. The police statement released Saturday said only that officers who entered the residence after the shooting found a firearm, and Lieutenant Brandon O'Neil would not answer reporters' questions Sunday on why police released images of the gun.

O'Neil said the officer would meet with investigators from the Fort Worth Police Department on Monday about the shooting. Police previously said the officer, a white man, joined the department in April 2018.

Merritt blasted the police department for releasing a photo of the firearm found in the home, which he said was legally owned by Jefferson, who had a concealed carry permit.

He said the firearm is unrelated to Jefferson's death and accused the department of attempting to blame the victim by circulating the image.

A large crowd gathered outside Jefferson's home Sunday night for a vigil after earlier demonstrations briefly stopped traffic on part of Interstate 35.

Jefferson was a 2014 graduate of Xavier University in New Orleans and earned a bachelor's degree in biology, the university said. Merritt told the Star-Telegram that Jefferson was working in pharmaceutical equipment sales and was considering going back to medical school.

Murder-Suicide Witness Talked With Suspect On Phone During Standoff

Ashlyn Brothers The friend of a man who police said murdered his neighbor then killed himself after a long standoff with police had talked with the suspect in the midst of the ordeal.

Sawyer Buccy A local veteran teaches concealed carry classes to women, in the hopes that they will feel empowered in any situation.
View More Stories