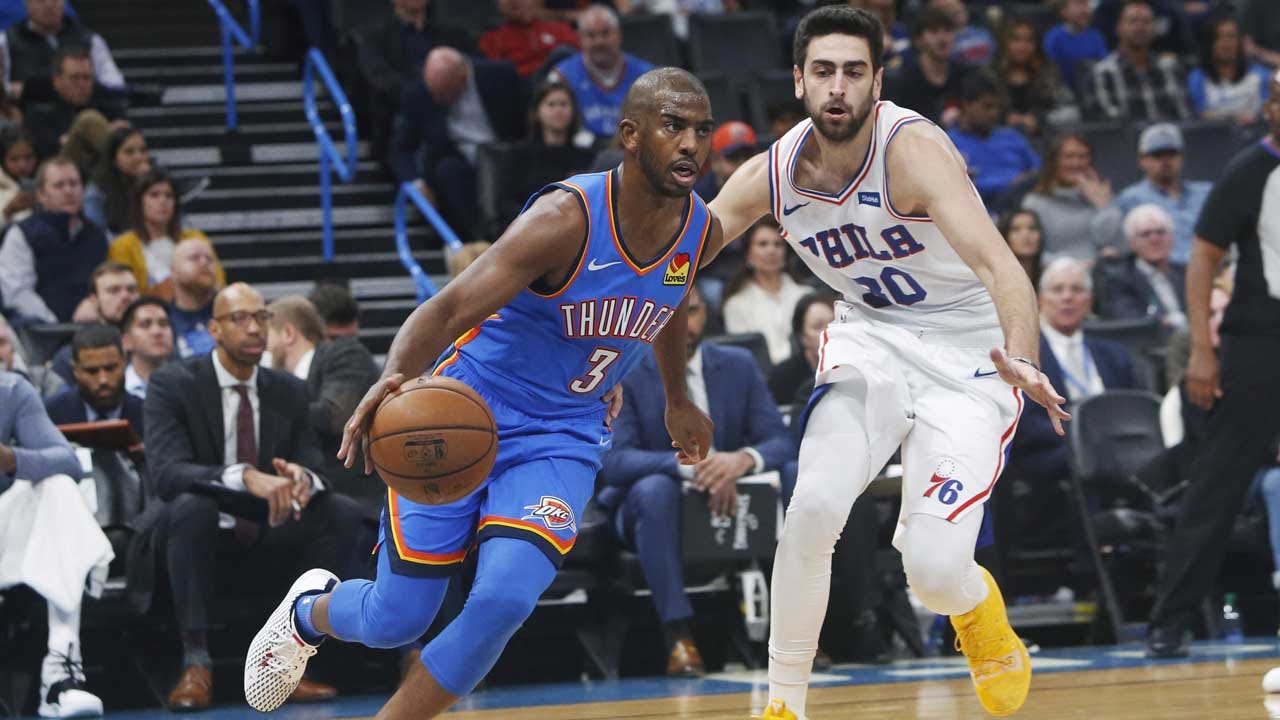 Chris Paul had 27 points for the Thunder, who had dropped three of four. Shai Gilgeous-Alexander scored 24 points, and Terrance Ferguson finished with 19.

It was the biggest win of the season for a Thunder franchise that lost All-Stars Russell Westbrook and Paul George in offseason trades. The crowd roared in the fourth quarter and overtime and made it seem, for a night, like nothing had changed.

Joel Embiid had 31 points and 12 rebounds and Josh Richardson added 28 points for the 76ers, who have lost five of seven.

Oklahoma City outscored Philadelphia 20-12 in overtime. The Thunder went 5 for 7 from the field and 8 for 8 at the line in the extra period.

Oklahoma City shot 53.9% from the field for the night and outscored the 76ers 35-15 at the free-throw line overall.

Gallinari missed a jumper from the top of the key that would have won it at the end of regulation, but he made up for it with seven points in overtime.

76ers: Made their first five shots. ... Shot 59.1% in the first quarter to take a 29-24 lead. ... F Tobias Harris scored 21 points before he fouled out in overtime. G Ben Simmons also fouled out in overtime. He had 16 points, 11 rebounds and eight assists. ... Embiid returned after missing a game with soreness in his left knee.

Thunder: G Hamidou Diallo sat out with a left knee strain. ... C Nerlens Noel fouled out. He had six points and seven rebounds in 18 minutes. ... Coach Billy Donovan won a coach's challenge for possession with 4:37 remaining in the game and the 76ers leading 96-93.