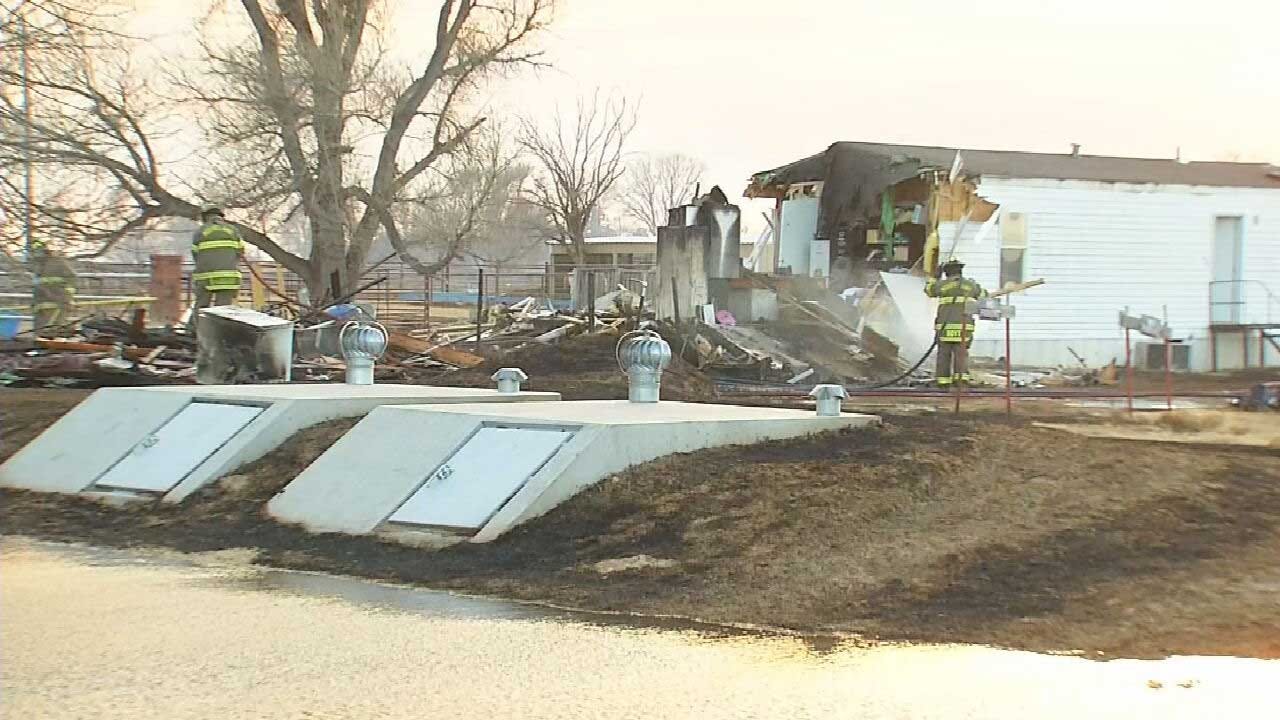 The White Horse Therapy Center near Mooreland, Oklahoma was among the places to suffer a loss in wildfires Tuesday.

The center’s owner Tammie Smith said raging winds pushed the fire right up against the therapy center for young girls.

“We knew there was going to be high winds, but we hadn’t anticipated a fire,” Smith said. “We actually evacuated and didn’t realize it was going to come on us so quickly.”

The home has been open since 2007 and offers therapy services for girls between 12 and 18 struggling with mental health and substance abuse issues. The last minute evacuation was able to get all of the girls out safely, however, there was no time to check on the horses.

“I just knew that there were a couple that were separated by themselves and was kind of worried about them,” Horse trainer Brandi Pierson-Miller said. “I just came up here to check on them. And they’re standing. That’s a good thing.”

Mooreland firefighters on the scene said they were battling a structure fire to the south when the winds shifted directions, blowing it into the equine-therapy center.

Smith said a shed, well house, therapy and equine offices were destroyed, however, she said to could have been much worse.

“I just talked with the [fire] chief, he said, ‘I’m sorry It happened,’” Smith said. “I said I’m so grateful it’s not worse and I’m glad no one got hurt.”

“It was at one o’clock, actually for a victim of human trafficking,” Smith said. “She graduated our program after six months, so we are grateful for that.”

Despite severe water damage, Smith said she’s grateful for the firefighters who were able to save the center’s main building.

“Whatever you are doing to protect lives and livestock, we appreciate it wholeheartedly,” Smith said. “I just can’t say it enough. We appreciate it.”