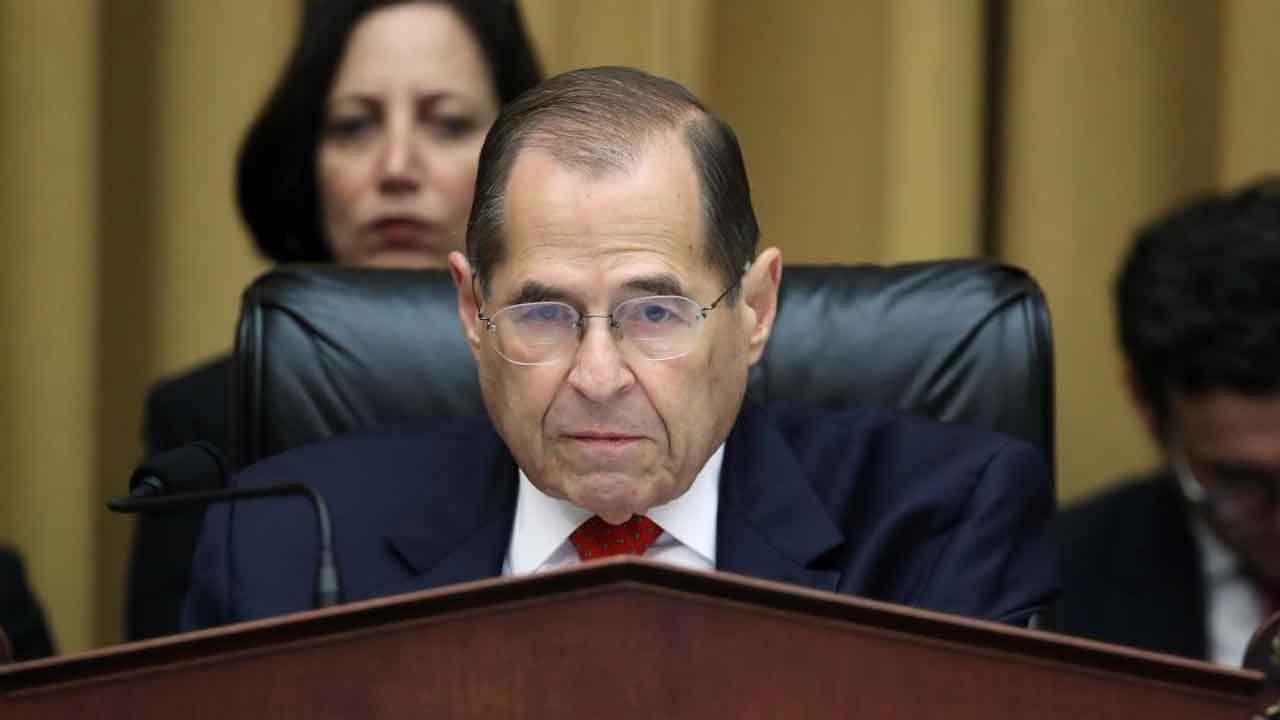 Latest updates on the impeachment inquiry

The House Judiciary Committee’s first impeachment hearing quickly burst into partisan infighting Wednesday as Democrats charged that President Donald Trump must be removed from office for enlisting foreign interference in U.S. elections and Republicans angrily retorted there were no grounds for such drastic action.

The panel responsible for drafting articles of impeachment convened as Trump’s team was fanning out across Capitol Hill. Vice President Mike Pence met behind closed doors with House Republicans, and Senate Republicans were to huddle with the White House counsel as GOP lawmakers stand with the president and Democrats charge headlong into what has become a one-party drive to impeach him.

Chairman Jerrold Nadler, D-N.Y., gaveled open the hearing saying, “’The facts before us are undisputed.”

Nadler said Trump’s phone call with Ukraine’s president last July wasn’t the first time Trump sought a foreign power to influence American elections, after Russian interference in 2016, and if left unchecked he could do again in next year’s campaign.

“We cannot wait for the election to address the present crisis,” Nadler said. “The president has shown us his pattern of conduct. If we do not act to hold him in check, now, President Trump will almost certainly try again to solicit interference in the election for his personal political gain.”

Republicans protested the proceedings as unfair to the president, the dredging up of unfounded allegations as part of an effort to undo the 2016 election and remove Trump from office.

“You just don’t like the guy,” said Rep. Doug Collins of Georgia, the top Republican on the panel. He called the proceedings a “disgrace″ and a “sham.”

Several Republicans immediately objected to the process, interjecting procedural questions, and they planned to spend much of the session interrupting, delaying and questioning the rules.

House Speaker Nancy Pelosi said Democrats “haven’t made a decision” yet on whether there will be a vote on impeachment. She also meeting privately with the Democratic caucus. But a vote by Christmas appears increasingly likely with the release of a 300-page report by Democrats on the House Intelligence Committee that found “serious misconduct” by the president.

Intelligence Committee Chairman Adam Schiff, D-Calif., told The Associated Press. “Americans need to understand that this president is putting his personal political interests above theirs. And that it’s endangering the country.”

The Judiciary Committee heard Wednesday from legal experts, delving particularly into the issue of whether Trump’s actions stemming from the July 25 phone call with Ukraine’s president rose to the constitutional level of “bribery” or “high crimes and misdemeanors” warranting impeachment. The report laid out evidence that the Democrats say shows Trump’s efforts to seek foreign intervention in the U.S. election and then obstruct the House’s investigation.

Trump told reporters in London, where he was attending a NATO meeting, that he doubted many people would watch the live hearing “because it’s going to be boring.”

Trump did phone in to the House GOP’s morning meeting with Pence to talk with House Minority Leader Kevin McCarthy. The California Republican said impeachment didn’t come up. “The unity has been very positive,” he said.

New telephone call records released with the report deepen Trump lawyer Rudy Giuliani’s known involvement in what House investigators called the “scheme” to use the president’s office for personal political gain by enlisting a foreign power, Ukraine, to investigate Democrats including Joe Biden, and intervene in the American election process.

Trump told reporters he really doesn’t know why Giuliani was calling the White House’s Office of Management and Budget, which was withholding $400 million in military aid to the ally confronting an aggressive Russia at its border.

“’You have to ask him,” Trump said. “Sounds like something that’s not so complicated. ... No big deal.”

At the hearing, the three legal experts called by Democrats backed impeachment. Noah Feldman, a Harvard Law School professor, said he considered it clear that the president’s conduct met the definition of “high crimes and misdemeanors/” Pamela Karlan, a Stanford Law School professor and former Obama administration Justice Department official, said the president’s action constituted an especially serious abuse of power “because it undermines democracy itself.”

Republican witness Jonathan Turley, a law professor at George Washington University, said that the Democrats were bringing a “slipshod impeachment” case against the president, but he didn’t excuse the president’s behavior.

“It is not wrong because President Trump is right,” according to Turley. “A case for impeachment could be made, but it cannot be made on this record,” he said.

The political risks are high for all parties as the House presses only the fourth presidential impeachment inquiry in U.S. history.

Based on two months of investigation sparked by a still-anonymous government whistleblower’s complaint, the Intelligence Committee’s Trump-Ukraine Impeachment Inquiry Report relies heavily on testimony from current and former U.S. officials who defied White House orders not to appear.

The inquiry found that Trump “solicited the interference of a foreign government, Ukraine, to benefit his reelection,” Schiff wrote in the report’s preface.

In doing so, the president “sought to undermine the integrity of the U.S. presidential election process, and endangered U.S. national security,” the report said. When Congress began investigating, it added, Trump obstructed the investigation like no other president in history.

Along with revelations from earlier testimony, the new phone records raised fresh questions about Giuliani’s interactions with the top Republican on the intelligence panel, Rep. Devin Nunes of California. Nunes declined to comment. Schiff said his panel would continue its probe.

Republicans defended the president in a 123-page rebuttal claiming Trump never intended to pressure Ukraine when he asked for a “favor” — investigations of Democrats and Biden and his son. They say the military aid the White House was withholding was not being used as leverage, as Democrats claim — and besides, the $400 million was ultimately released, although only after a congressional outcry.

For Republicans falling in line behind Trump, the inquiry is simply a “hoax.” Trump criticized the House for pushing forward with the proceedings while he was overseas, a breach of political decorum that traditionally leaves partisan differences at the water’s edge.

Democrats once hoped to sway Republicans to consider Trump’s removal, but they are now facing a ever-hardening partisan split over the swift-moving proceedings that are dividing Congress and the country.

Possible grounds for impeachment are focused on whether Trump abused his office as he pressed Ukrainian President Volodymyr Zelenskiy to open investigations into Trump’s political rivals. At the time, Trump was withholding $400 million in military aid, jeopardizing key support as Ukraine faces an aggressive Russia at its border.

The report also accuses Trump of obstruction, becoming the “first and only″ president in U.S. history to “openly and indiscriminately” defy the House’s constitutional authority to conduct the impeachment proceedings by instructing officials not to comply with subpoenas for documents and testimony.

For Democrats marching into what is now a largely partisan process, the political challenge if they proceed is to craft the impeachment articles in a way that will draw the most support from their ranks and not expose Pelosi’s majority to messy divisions, especially as Republicans stand with the president.

While liberal Democrats are pushing the party to go further and incorporate the findings from former special counsel Robert Mueller’s report on Russian interference in the 2016 election and other actions by Trump, more centrist and moderate Democrats prefer to stick with the Ukraine matter as a simpler narrative that Americans understand.

Democrats could begin drafting articles of impeachment against the president in a matter of days, with a Judiciary Committee vote next week. The full House could vote by Christmas. Then the matter moves to the Senate for a trial in 2020.

The White House declined an invitation to participate Wednesday, with counsel Pat Cipollone denouncing the proceedings as a “baseless and highly partisan inquiry.” Cipollone, who will brief Senate Republicans on Wednesday, left open the question of whether White House officials would participate in additional House hearings.

Who is Jonathan Turley? 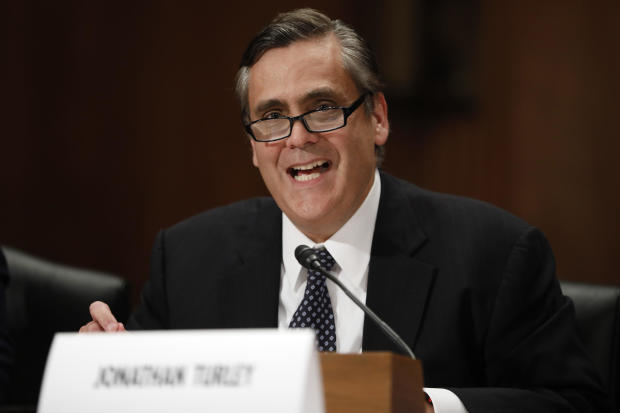 8:15 a.m.: Turley is the J.B. and Maurice C. Shapiro Professor of Public Interest Law at The George Washington University Law School, which he joined as a faculty member in 1990. He is also a CBS News legal analyst and one of the country's most recognized legal commentators.

A witness during the Clinton impeachment proceedings, Turley has been critical of the Democrats' handling of the current inquiry, as well as the White House's arguments against cooperating with the probe. Turley has written and testified extensively on executive privilege.

He has testified before Congress on a number of other occasions, including the Senate confirmation hearings of Attorneys General Loretta Lynch and William Barr, as well as the Supreme Court nomination of Associate Justice Neil Gorsuch.

Who is Michael Gerhardt? 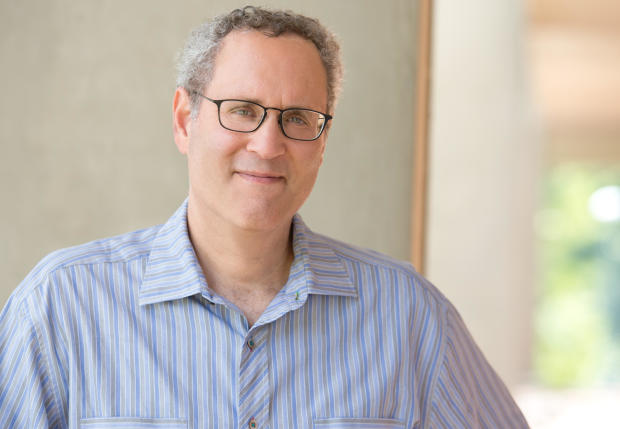 8:00 a.m.: Gerhardt is the Burton Craige Distinguished Professor of Jurisprudence at the University of North Carolina School of Law, where he has been a faculty member since 2005.

Who is Pamela Karlan? 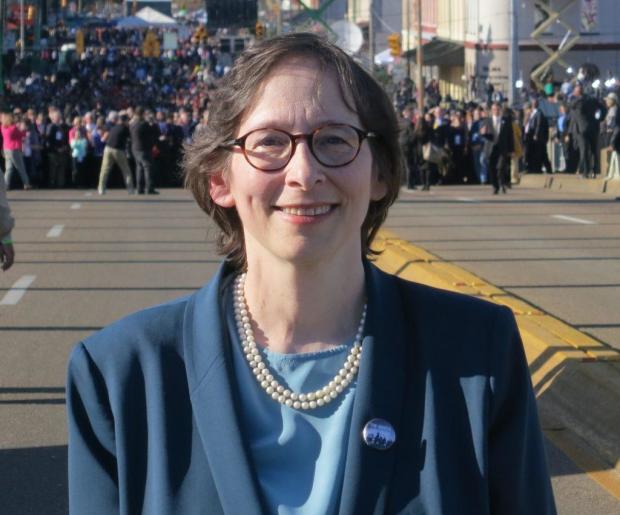 7:18 a.m.: Karlan is the Kenneth and Harle Montgomery Professor of Public Interest Law and co-director of the Supreme Court Litigation Clinic at Stanford Law School, where she has been on faculty since 1998. According to her Stanford biography, she holds three degrees from Yale University and clerked for Supreme Court Justice Harry Blackmun. Karlan was also a deputy assistant attorney general in the Civil Rights Division at the Justice Department.

Karlan has written "leading casebooks on constitutional law, constitutional litigation, and the law of democracy, as well as numerous scholarly articles," according to Stanford.

Who is Noah Feldman? 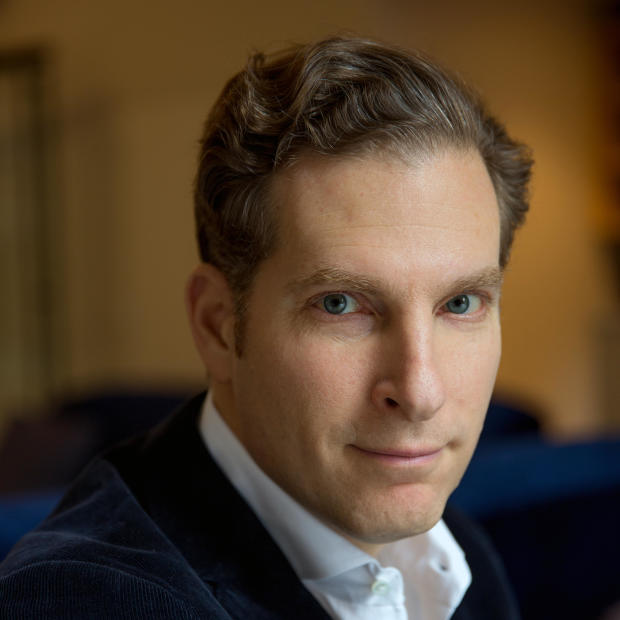 Feldman clerked for Supreme Court Justice David Souter in the late 1990s and served as a senior constitutional adviser to the Coalition Provisional Authority in Iraq after the U.S. invasion in 2003, where he then helped Iraqi officials draft an interim constitution.

5:00 a.m.: The report released Tuesday laid out nine findings of the investigation, including: