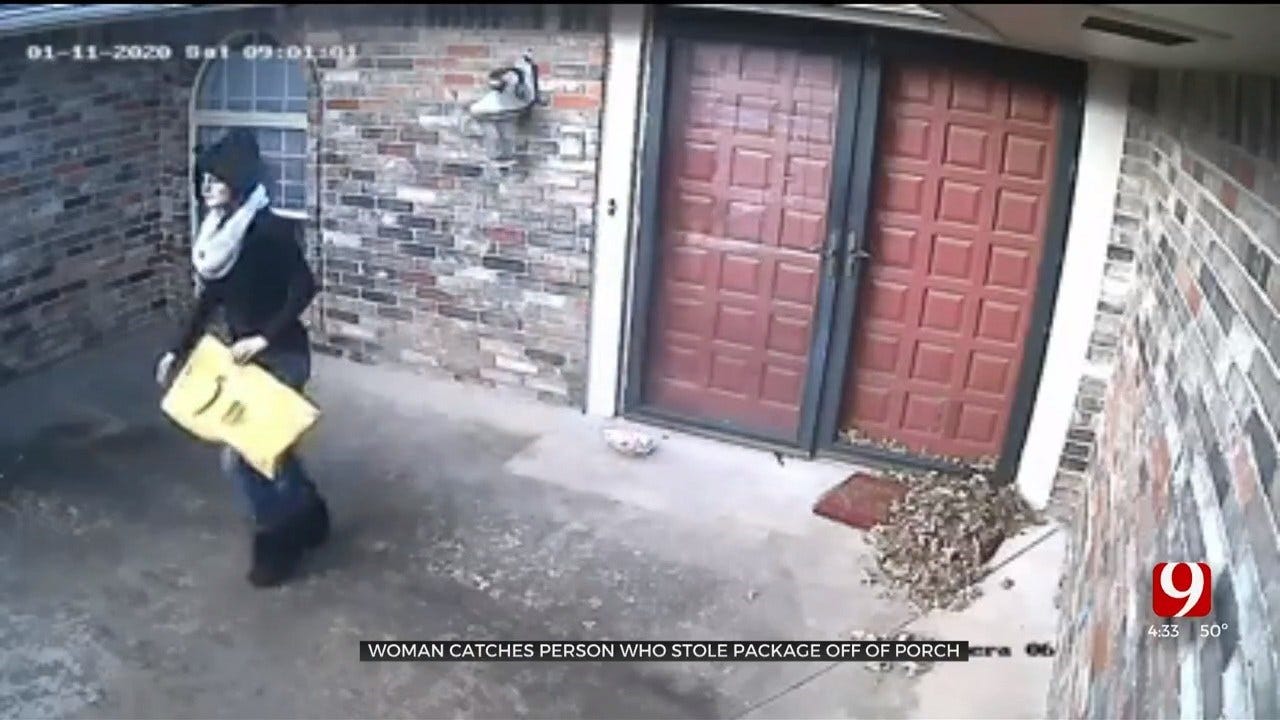 An Oklahoma City woman turned the tables on a would-be porch pirate.

She got her package back and made sure they would not be returning.

On Saturday morning, Carla Ford flew out of her home near SW 89th and Walker Avenue, holding her PJs up, after a woman stole a package from her front door.

She caught up to the woman before the suspects' SUV door closed and grabbed the package back.

“I said, ‘Give me my stuff,' then when I hit the hood of the car, I told them to get out of my neighborhood,” said Ford.

Turns out the couple in the car had delivered a Door Dash meal to a neighbor’s home right before this incident.

The suspect appeared to using the Door Dash cover to get to Ford’s front door. She was seen dropping a bag from What-A-Burger.

She has no doubt the suspect is the same woman who stole her Christmas lights about a month ago.

“It kind of blew my mind that she is still out there doing it," Hostetler said.

Both women have filed reports with Oklahoma City police.