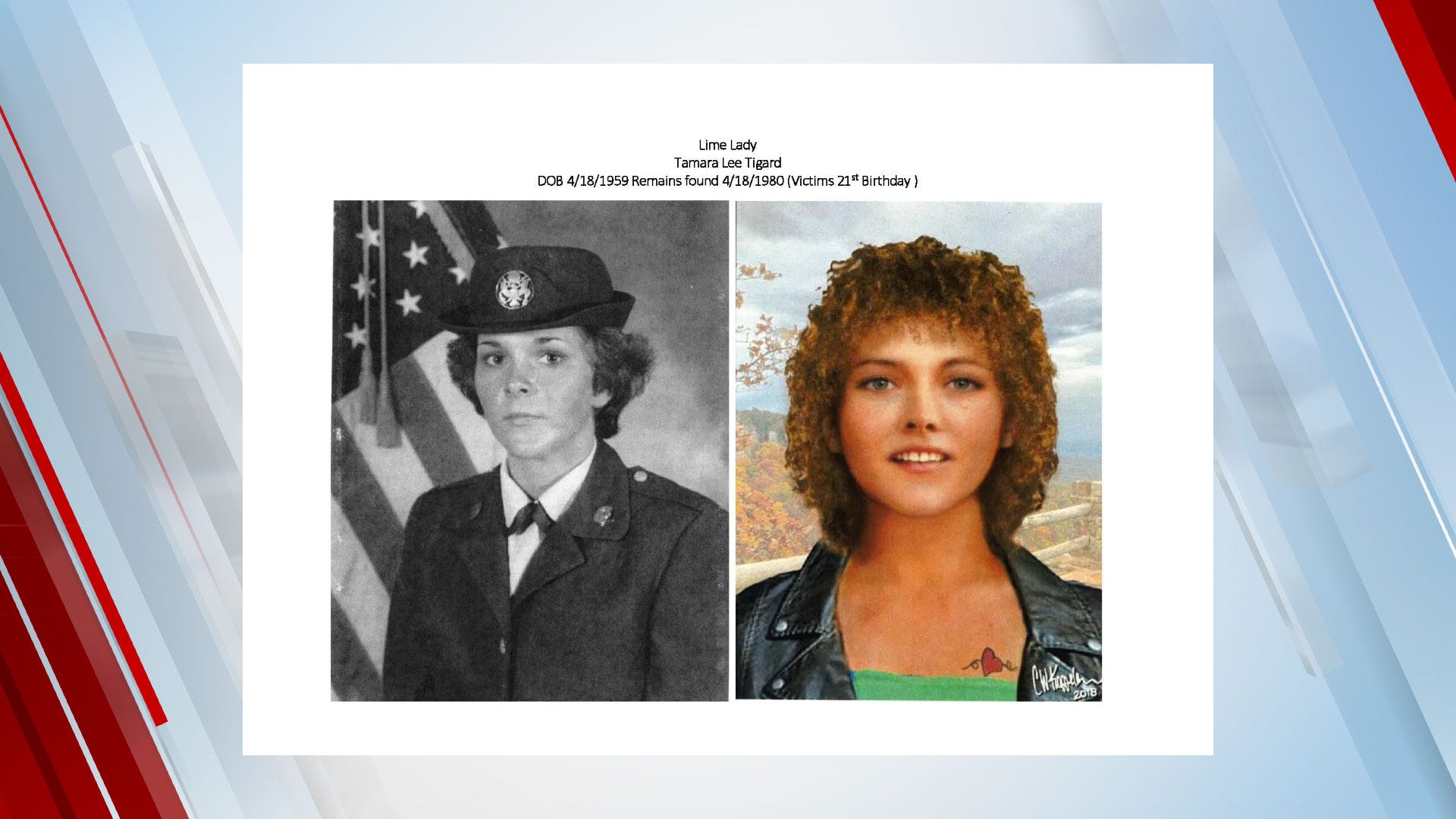 On April 18, 1980, Sheriff's responded to the scene of a murder in Eastern Oklahoma County along the North Canadian river. The body of a woman, who investigators have now identified as 21-year-old Tamara Lee Tigard of California, was found covered in lime.

According to authorities, the initial investigation indicated that Tigard was shot at a different location, and then her body was taken to the river. Tigard had no identification on her body, and after failed attempts to identify her, investigators referred to her as the "Lime Lady" due to the murders attempt to destroy evidence and speed up the decaying process for her body with lime. However, investigators said the lime actually ended up helping preserve Tigard's body.

“I always just wanted to bring dignity to the victim in this case,” said Captain Bob Green. “All of these years she has been gone without a trace, with none of her family or acquaintances knowing what happened to her. I just couldn’t give up, and now we know who she is due to the hard work of the DNA Doe Project with assistance from the Oklahoma Medical Examiner’s Office, and I am so thankful for their efforts in helping us in this case.”

Authorities said the DNA Doe Project uses sophisticated DNA techniques and was able to create a candidate profile that took nearly 9 months of processing to complete.

“DDP wishes to acknowledge in addition to OCSO the contributions of those groups and individuals who helped solve this case: the University of North Texas for providing DNA samples; Hudson Alpha Discovery for processing the DNA; Dr. Greg Magoon, Research Engineer, Aerodyne Research Corp., contracting through Full Genomes Corp., for his work in bioinformatics; and GEDmatch for providing their database.” – The DNA Doe Project

The the DNA Doe Project, it was discovered that Tigard had also lives in Nevada, and served in the U.S. Army.

“Now she can be properly recognized,” said Captain Green, “her life has meaning and we can respectfully honor her.”