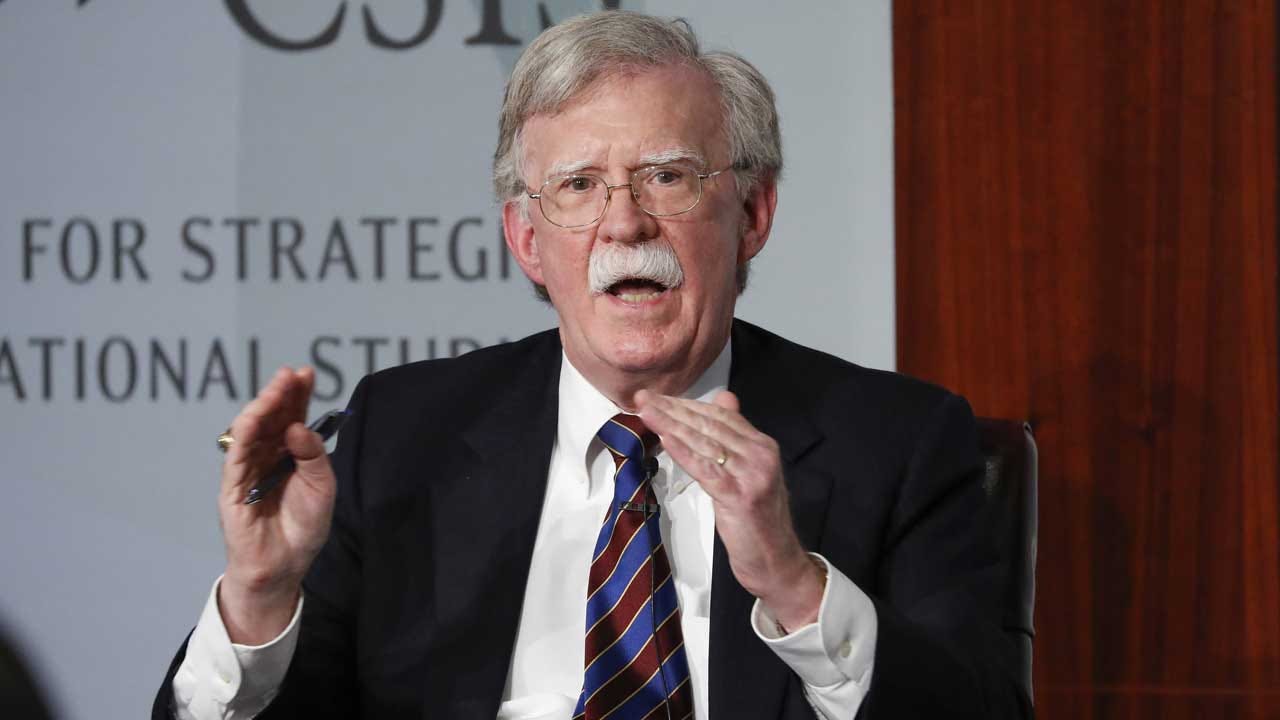 President Trump told then-national security adviser John Bolton in August 2019 that he wanted to continue to withhold nearly $400 million in military aid to Ukraine until top officials there pursued investigations into his political rivals, according to a New York Times report Sunday. Among those Mr. Trump is said to have wanted targeted: Joe Biden and his son, Hunter.

The Times cited a manuscript written by Bolton. His upcoming memoir of his time in the Trump White House is due to be released in March. The book is titled, "The Room Where It Happened," with the subtitle, "A White House Memoir."

If the portrayal is accurate, the document appears to directly contradict what the president's lawyers have said at the outset of their defense in his impeachment trial, which began on Saturday and resumes Monday. Democrats are already citing the book as they step up their push to have witnesses at the trial, and President Trump is already berating the book and Bolton on Twitter.

Bolton's attorney, Charles Cooper, told CBS News he sent the manuscript to the National Security Council on December 30 to comply with a requirement that the material be vetted for classified information before publication.

CBS News correspondent Major Garrett reports that two senior administration officials tell CBS News the White House Counsel's office has been aware of the Bolton manuscript "for weeks" and has been preparing to deal with it at the Senate impeachment trial. Neither source would say if the matter will be handled by the White House defense team preemptively or during the trial's question and answer stage.

Deputy White House Counsel Michael Purpura argued Saturday that, "Not a single witness testified that the president himself said that there was any connection between any investigations and security assistance, a presidential meeting or anything else."

"I NEVER told John Bolton that the aid to Ukraine was tied to investigations into Democrats, including the Bidens," the president wrote. He added that if Bolton did say this, it "was only to sell a book" and said "he never complained about this at the time of his very public termination."

Bolton left the White House on September 10 — after the president's July 25 call with Ukrainian President Volodymyr Zelensky and just before aid was restored to Ukraine. Mr. Trump may be mistaken that Bolton "never complained," though he may not have complained to the president.

Former top White House European affairs adviser Fiona Hill testified before Congress that Bolton had weighed in on a plan to trade a White House meeting for the announcement of investigations. She said Bolton disparaged it as a "drug deal" that acting White House chief of staff Mick Mulvaney was "cooking up" with the ambassador to the European Union.

In light of the Times' report, Democrats are pushing harder for Bolton to testimony during the impeachment trial.

The House impeachment managers issued a statement saying the "explosive revelation ... confirms what we already know. There can be no doubt now that Mr. Bolton directly contradicts the heart of the President's defense and therefore must be called as a witness at the impeachment trial of President Trump."

House Speaker Nancy Pelosi tweeted, "The refusal of the Senate to call for him, other relevant witnesses, and documents is now even more indefensible.  The choice is clear: our Constitution, or a cover-up."

Paula Reid and Stefan Becket contributed to this report.