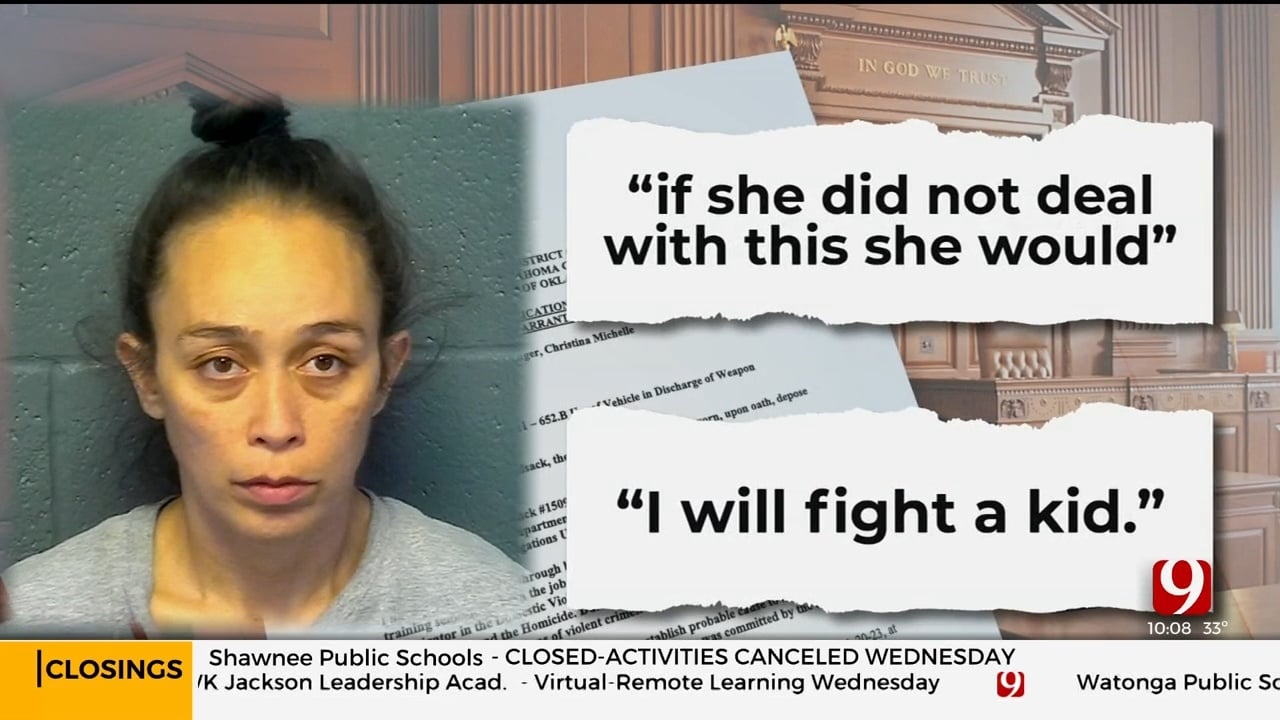 A mother and her 16-year-old son are behind bars after police say the teen opened fire on three classmate while his mother was driving him last week.

The arrested juvenile is a student at John Marshal High School, according the Oklahoma City Police.

He's accused of instigating the school bus fight after making comments about a teen murdered in 2020.

According to court filings, following a fight on the John Marshal High School campus, police were called after four students were kicked off a bus.

Investigators said three students told police the fight started after their classmate was "talking trash" about a 15-year-old friend who was shot to death in 2020.

“They heard a couple of shots, there was a couple of pop, pop, pops,” said resident Glen Willis in 2020.

After visiting with police, an affidavit showed the three students began walking home, while their classmate and his younger sister waited for their mother.

According to filings, while picking up her children, Christina Killinger talked to the school's administrator, and said "If she did not deal with this, she would" and said "I will fight a kid."

Ten minutes later, police said they were called to a shooting.

According to the affidavit, the three teens involved in the school bus fight were walking home when Killinger attempted to run them over, as her son shot at them from his mother's car.

A spokesperson with OKCPS said the safety and security of students and staff was a top priority, and violence of any kind would not be tolerated.