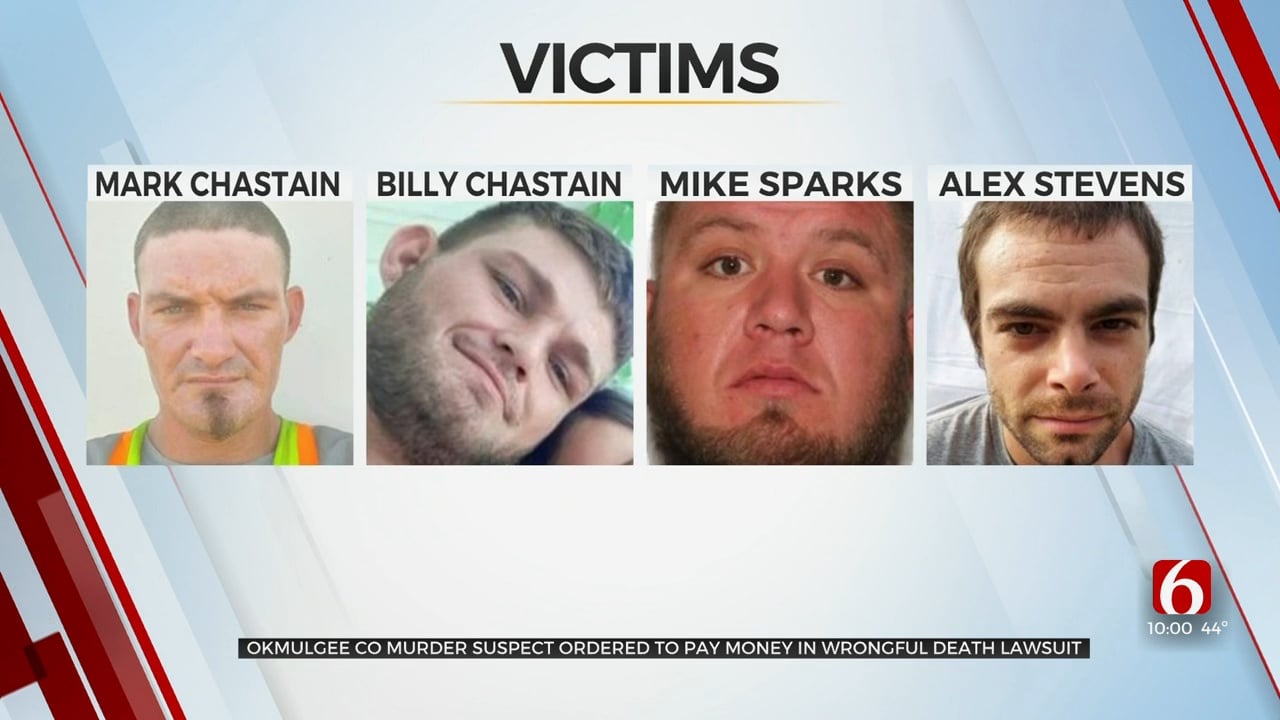 An Okmulgee County judge ordered a murder suspect to pay money to the families of the four men he's accused of shooting, dismembering and dumping in the Deep Fork River back in October.

This comes after the victim's families previously filed a wrongful death lawsuit against Joe Kennedy.

The judge set a hearing for February 28, to determine how much money Kennedy could have to pay in damages to each of the four families. The families said no amount of money will bring them back.

"You pick a number as high as you want to, they would give it all back just to have their loved ones back," said Robert Seacat, Attorney.

Robert Seacat is representing the families of Mark and Billy Chastain, Alex Stephens and Michael Sparks in a wrongful death lawsuit.

Seacat said they filed the civil suit and got an injunction to stop Kennedy and his wife from selling off their property.

"She alleged in her divorce petition that there were significant property holdings. Real property holdings in two separate counties: Okmulgee and McIntosh County," said Seacat. "She was gonna attempt to transfer all of that property out of his name and into her name and protect it from creditors. [...] There are about somewhere between 30 and 40 separate tracks of real property that Mr. Kennedy owns. Some individually. Some with his wife."

Seacat said they will give a list of reasons to the judge in February to support how much they believe Kennedy should pay the families.

"Put on some evidence as to what he did for a living. The fact that he has children. Their ages. What his life expectancy, their life expectancy, all the young men were. What they would've been expected to within reason to earn during their life. Spouses that were left behind, parents that were left behind will testify as to their loss, their grief, loss of companionship," said Seacat.

It's important to note, Kennedy has only been charged and has not been found guilty in criminal court.