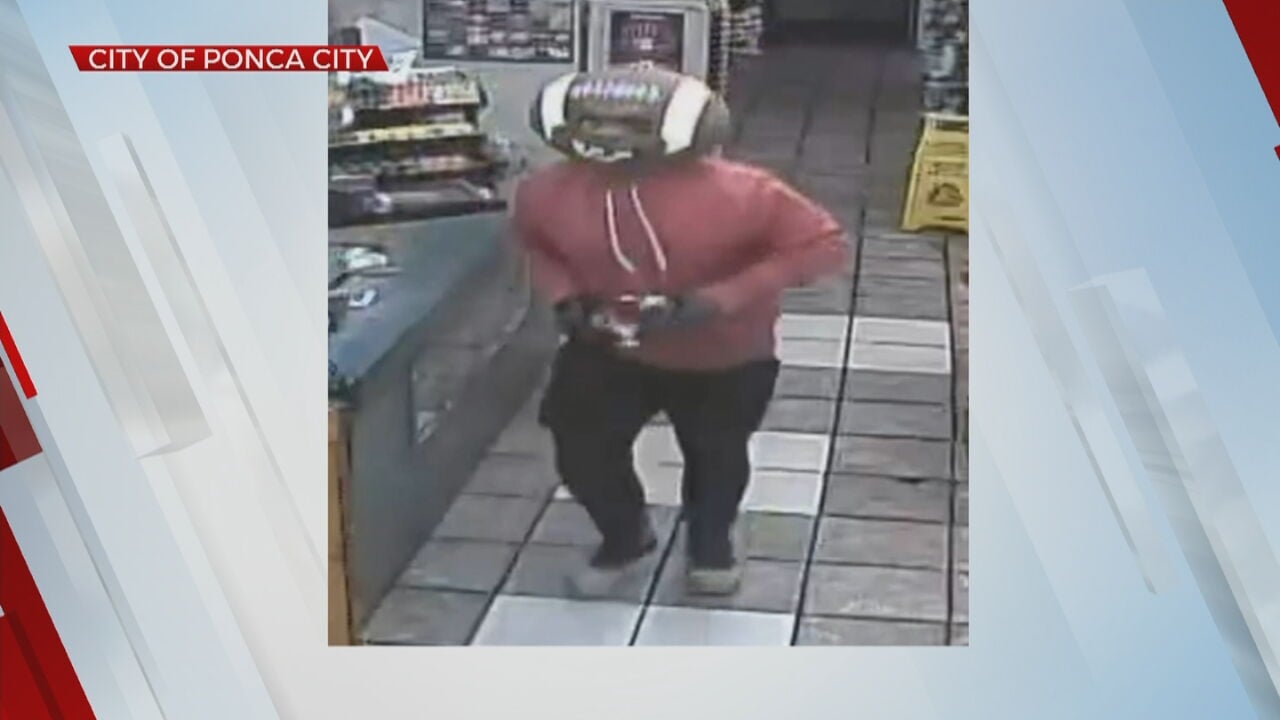 Police in Ponca City are looking for a man who robbed a gas station while wearing an unusual disguise.

The city shared photos of the masked individual who robbed a store while brandishing a gun and wearing a large mask shaped like a football that covered his entire head.

Police say the robbery happened just after 5 a.m. on Sunday at the Stop N Go near North Elm Street and West Highland Avenue.

Police say they believe the robber to be a heavier-set younger male who stands around 5 feet 6 inches tall.

Anyone with information is asked to call the police.