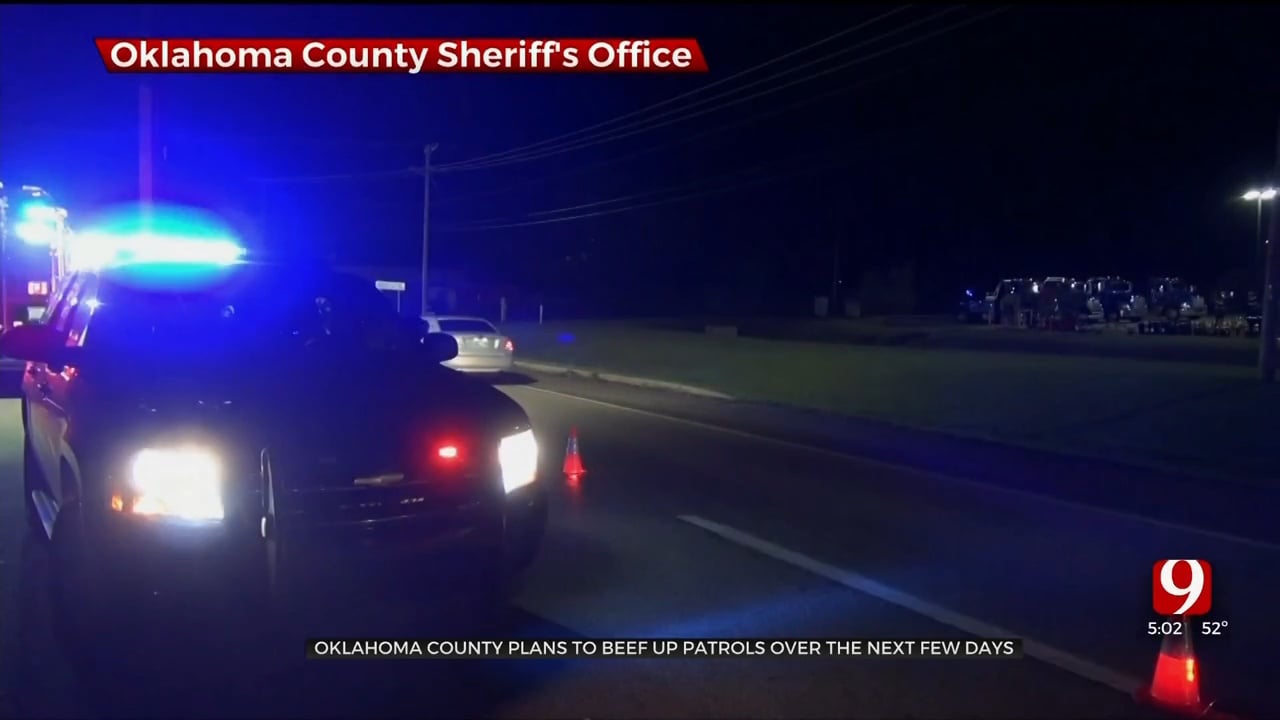 With millions hitting the road and others lining up for holiday shopping, the Thanksgiving weekend can be hectic across the country.

An Oklahoma County Sheriff talked to News 9 about keeping intoxicated drivers off the roads and other ways to stay safe.

"We have people out in areas, high visibility. They'll be performing a lot of traffic stops just to ensure our motoring public are safe," Johnson said.

According to the Oklahoma Highway Safety Office, over the course of Thanksgiving weekend in 2020, from Nov. 25 through Nov. 29, there were 486 crashes involving 1,179 people. Of those crashes, 34 were related to alcohol or drugs, killing two people.

Johnson urged people who have been drinking to explore other options, like ride-shares and taxis. But alcohol is not the only concern.

Safety concerns extend beyond the roadways during this time of year. Johnson advised people to be vigilant on Black Friday.

"Thefts go up through the roof because we have people that tend to leave gifts, high-priced items, purses, electronics in their vehicles," Johnson said.

In addition to taking purchased items out of vehicles, Johnson recommended that people travel in groups and shop during the day on Black Friday.

Furthermore, scammers tend to target people during the holiday season. Johnson said anyone who is suspicious of an offer or threat to call the Sheriff's Office at 405-713-1000.