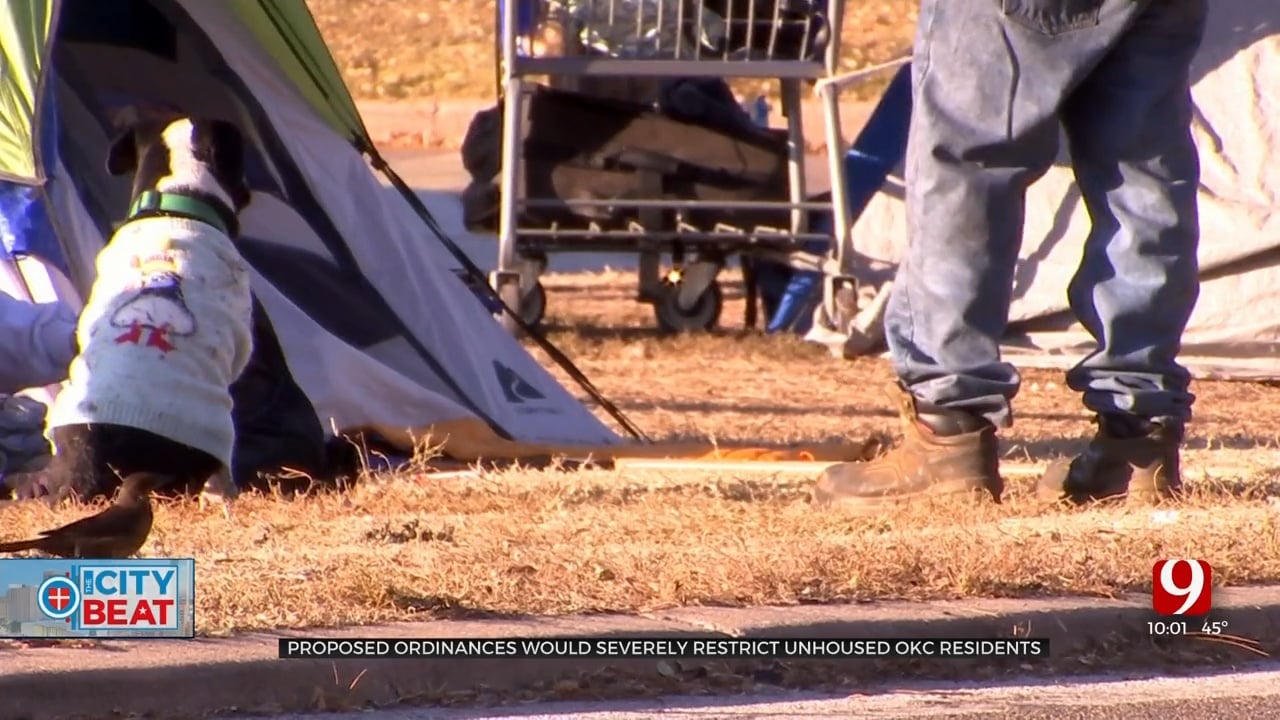 A list of ordinances is set to be proposed at Tuesday's city council meeting.

Two of them are addressing homelessness in Oklahoma City. They would drastically change the trespassing law that's already in place in the city and make it easier for police to arrest people on public or private property.

This proposal also comes less than a week after the Department of Justice opened an investigation into the City of Oklahoma City and Oklahoma City police's response to behavioral health crises.

“This ordinance will only traumatize people who are already living in crisis, it does nothing to get them off the streets or into housing," said Dan Straughan, the Executive Director of the Homeless Alliance.

The encampment ordinance would also ban temporary lodging such as tents. People will also have to provide written permission and prove that you have a right to be on the property in question. If police ask people to leave a homeless camp and they don't, they can be given a citation from $500 to $1,200 or even arrested.

“That it literally first month's rent for a class C apartment in Oklahoma City. If somebody had the funds to pay a fine like that, they'd be housed," said Straughan.

There's already pushback on this from unhoused advocates including the Homeless Alliance.

“To say to them, you can't sleep in a tent, or you'll get a citation and maybe even go to jail when we don't have adequate resources for them to go anywhere else," said Straughan.

Straughn said this proposal creates more problems than solutions, one of those problems being the fines.

“They're frankly much more at risk in the jail than they are out on the street," said Straughan.

Councilman Mark Stonecipher did not want to speak about the proposal until the meeting. In a letter he sent to the mayor and city council, he said he wrote this, “With the growing number of complaints about trespassing and encampments in OKC and in light of the shootings that took place on October 31st at an encampment.”

Straughan said the recent shooting does not call for ordinances like this. “There was a shooting in a homeless camp in Oklahoma City. Today four people were killed in Kingfisher County," wrote Stonecipher.

He also said in the letter that the purpose of this is to, “Give the City better ways to address encampments and trespassing on public and private property within our city limits.”

Straughan said when Houston implemented this, they coupled it with a $200 million investment into affordable housing, and other services.

“It should be clear that the proposals in these documents are aimed at offering resources and services to those desirous or in need of help," wrote Stonecipher.

The ordinances will be proposed at Tuesday's city council meeting, then there will be a public hearing on December 6, and a final hearing and vote on January 3.