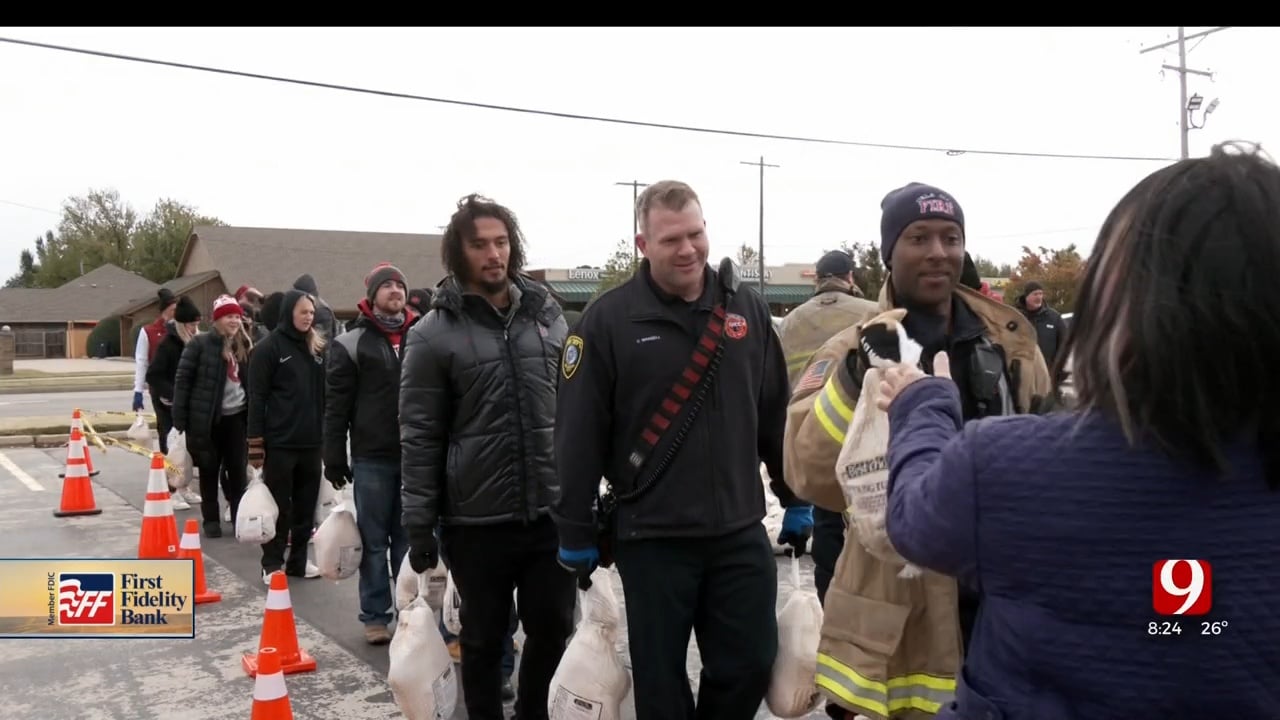 This is the 13th year for the McIntyre Law Firm's Day of Kindness.

“McIntyre Law with surrounding law firms and some assistance from some other folks coming together to provide turkeys at Thanksgiving for members of the community, that really don't have what the rest of us have,” Noble McIntyre, of McIntyre Law Firm said.

“It's good for my family, that's how important that is. Get my family fed,” Richard McMillian, who received a turkey, said.

A matter of importance for McMillian, who was up early braving the cold.

“We got out here about six something. About 6:15 or so,” McMillian said.

That was considered late, by some standards.

Volunteers from the Oklahoma City fire and police departments, the University Oklahoma and dozens of others all came out to help.

Gordon Flick has come to the day of kindness every year, but this year is a little different for him.

Kind of summing up the purpose of the day

“God has given a lot to me, it's my job to give back. And so, it's important to me to try and do something to help others,” McIntyre said .

They also have giveaways planned for Tulsa and Mustang. Over $117,000 was raised to purchase turkeys for Oklahoma families this year.