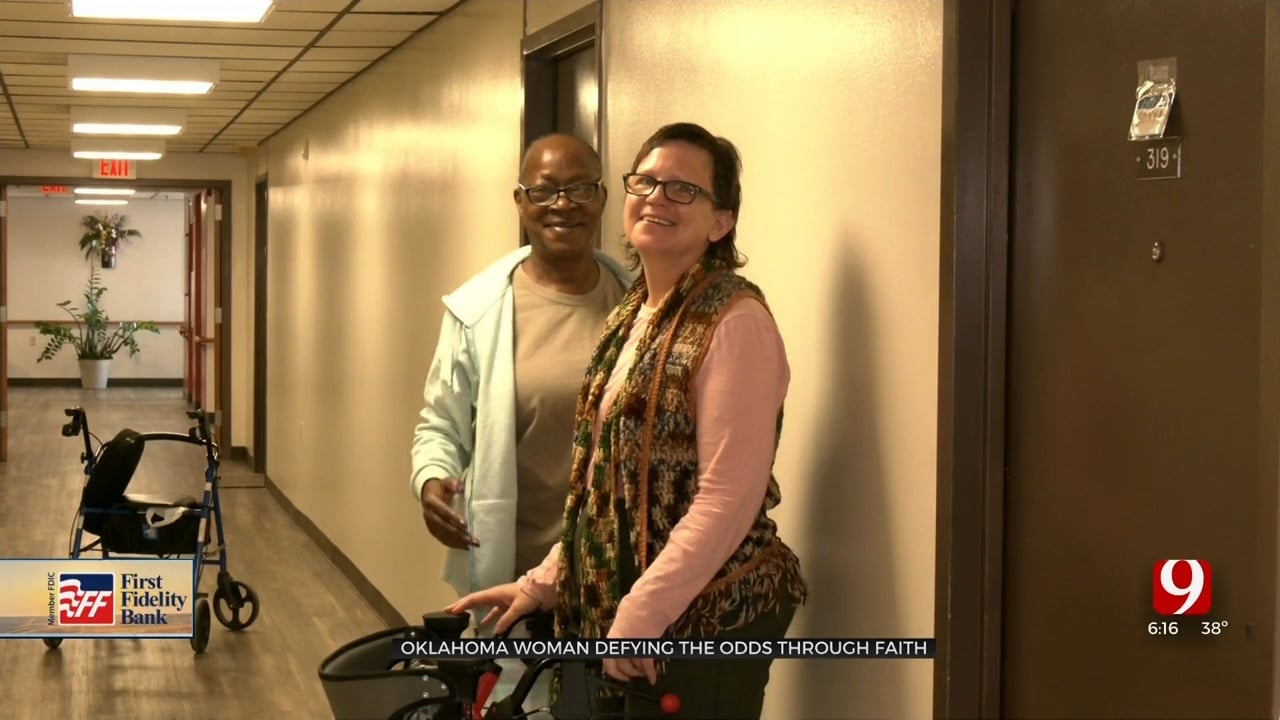 Sonya Blackburn has had health challenges her entire life, but there’s a fighter in her that always overcomes.

“I was born with cerebral palsy. And when I got into my twenties, I started developing different types of arthritis,” said Blackburn

Challenges are nothing new for her.

“I began physical therapy at the age of three and it stayed with me throughout my life because of all the difficulties I have developed as I get older,” said Blackburn.

When her doctor noticed some problems with her blood work in January of 2021, he insisted on a mammogram .

“They did find something that was about 3 centimeters,” said Blackburn.

Breast cancer. The journey ahead would be tough, including chemotherapy and surgeries.

“We knew that that was the type of cancer we needed to treat aggressively, which is why she did chemotherapy before surgery,” said Dr. Brittany Mathias, with Mercy Hospital.

When it was all said and done, Blackburn had three surgeries to remove the breast cancer. The thing that kept her going through it all was the community she found in her church choir.

“The doctor said your ability to sing is what saved your life because if you wouldn’t have been able to gain your lungs back you would have died,” said Blackburn.

Through surgeries, chemo, cerebral palsy, plantar fascia, burns from her childhood and so many other challenges Blackburn was able to ring the cancer bell.

“Her active treatment plans are all completed as of now and she is under surveillance in our breast cancer survivorship program,” said Dr. Mathias.

“God has carried me through everything in my whole life,” said Blackburn.

And the future for Blackburn?

“As far as I am concerned it always looks bright,” said Blackburn.

Blackburn is not quite out of the woods just yet, but you kind of get that feeling she’s going to be just fine.