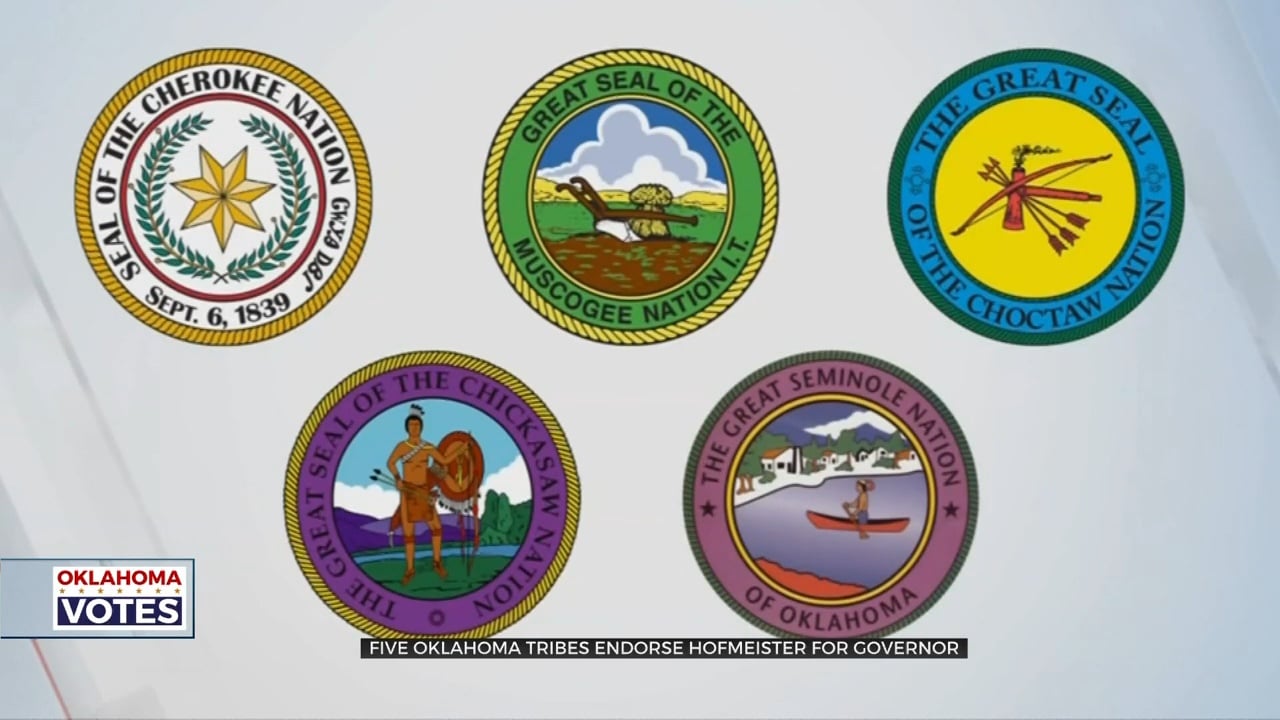 The leaders of Oklahoma’s five largest tribes have thrown their weight behind Joy Hofmeister for governor.

This is the first time the five tribes have joined forces to support a gubernatorial candidate.

Leaders of the Cherokee, Chickasaw, Choctaw, Muscogee and Seminole Nations said a reason for their support is Hofmeister's commitment to sovereignty of the tribal nations and the 800,000 members statewide.

"As governor I will embrace that bond, not break it," said Democratic Gubernatorial candidate, Joy Hofmeister.

That message was what got the tribes to back the candidate.

"[I've] Not endorsed anyone until this race," said Chief of the Cherokee Nation, Chuck Hoskin. "If there wasn't a viable alternative, I don't think we could come out this forcefully."

Chief Hoskin said her messaging is a complete 180 from the current Stitt administration.

"If a person's instinct is to view tribes as the enemy, they shouldn't be the governor," said Chief Hoskin. "I lose track how many times we've been in court with Governor Stitt. He's lost just about all of those times and sapped a tremendous amount of resources from the state."

Another common thread each leader wove through their endorsement was Hofmeister's history in public education.

Governor Stitt's campaign released a statement Monday to tout his own endorsement from the Fraternal Order of Police.