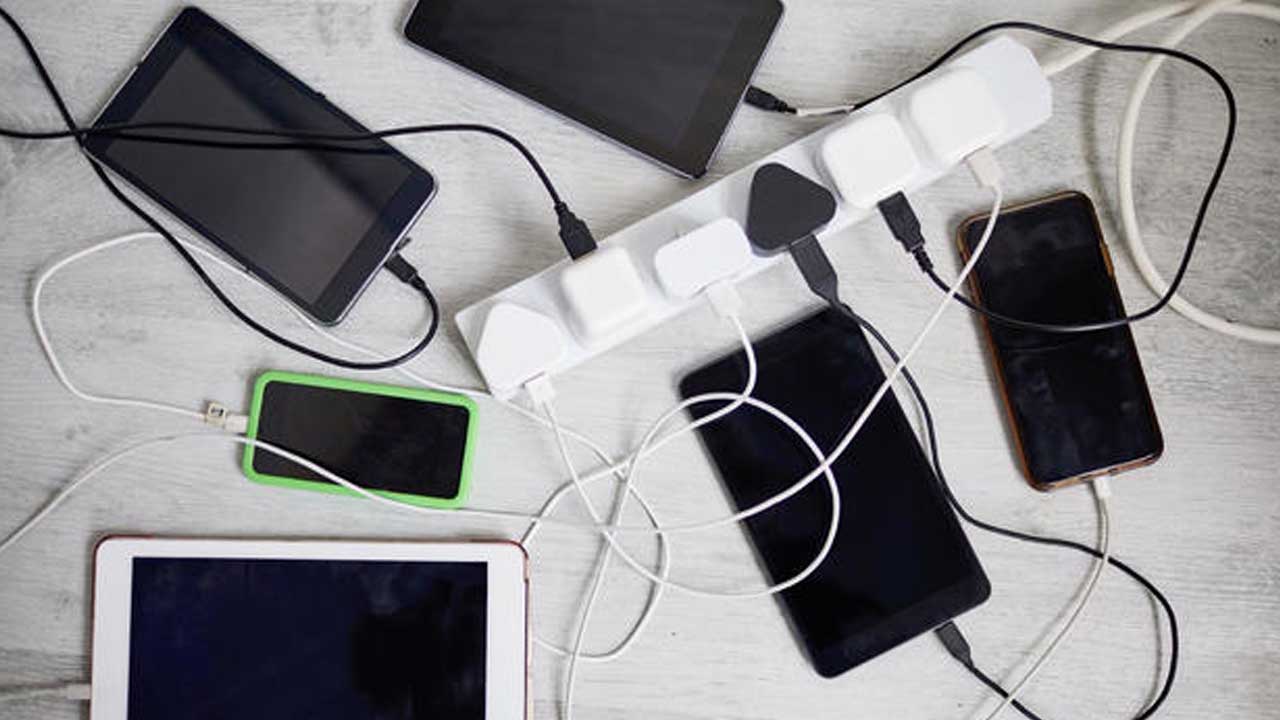 Europeans might soon have an easier time finding the right charging cords for each of their devices. The European Parliament approved a measure Tuesday that would require all cellphones and other small handheld electronic devices sold in the European Union to have the same USB Type-C charging port.

This means Europeans would no longer need a different charger for each new device –– regardless of the manufacturer.

The measure, which still needs final approval from the European Council, would mandate the change for new cellphones, tablets, digital cameras headphones/headsets, handheld videogame consoles, portable speakers, e-readers, keyboards, mice and earbuds go into effect by the end of 2024. Laptop manufacturers will have until 2026 to update their charging requirements.

"The common charger will finally become a reality in Europe," said Parliament's rapporteur Alex Agius Saliba in a statement.

"We have waited more than 10 years for these rules, but we can finally leave the current plethora of chargers in the past."

The European Commission has been in favor of a universal charging solution since 2009 when it first proposed a voluntary agreement with tech manufacturers that reduced the number of cellphone chargers on the market from 30 to three, but that expired in 2014. Meanwhile, complaints from iPhone and Android users about having to switch to different chargers for their devices continued following Apple's introduction of the Lightning connector in 2012.

Unused chargers account for 11,000 metric tons of e-waste annually in Europe and costs Europeans 250 million euro a year, according to a report by the European Commission. This rule is part of a larger effort to reduce that e-waste and costs for consumers by allowing buyers to choose whether to include a new charger when purchasing a new device and eliminating buyers from being locked into buying one specific charger for a device.

Charging speed would also be regulated for all devices, so users could expect to charge all their devices at the same fast speed regardless of the charger they use.

Most notably, the rule would affect Apple, whose iPhones require a Lightning charger, as opposed to Android devices that currently use the USB-C charger. Apple did not immediately respond to a request for comment.

The rule could mean manufacturers like Apple might update iPhones to include a USB-C globally in order to reduce the potentially high cost of changing ports for just one market. Apple has in recent years changed some devices like their laptops and newer iPads to USB-C charging ports in recent years.

Legislators in the U.S. have also taken note of Europe's move, with lawmakers including Democratic Sens. Elizabeth Warren and Ed Markey, of Massachusetts, and Sen. Bernie Sanders, an Independent from Vermont, sending a letter in June to Commerce Secretary Gina Raimondo calling for universal chargers for electronic devices in the U.S.

The law, which passed Parliament 603-13 with eight abstentions, will now be sent to the European Environmental Council meeting on Oct. 24 and is expected to pass for final approval before the law officially kicks in.