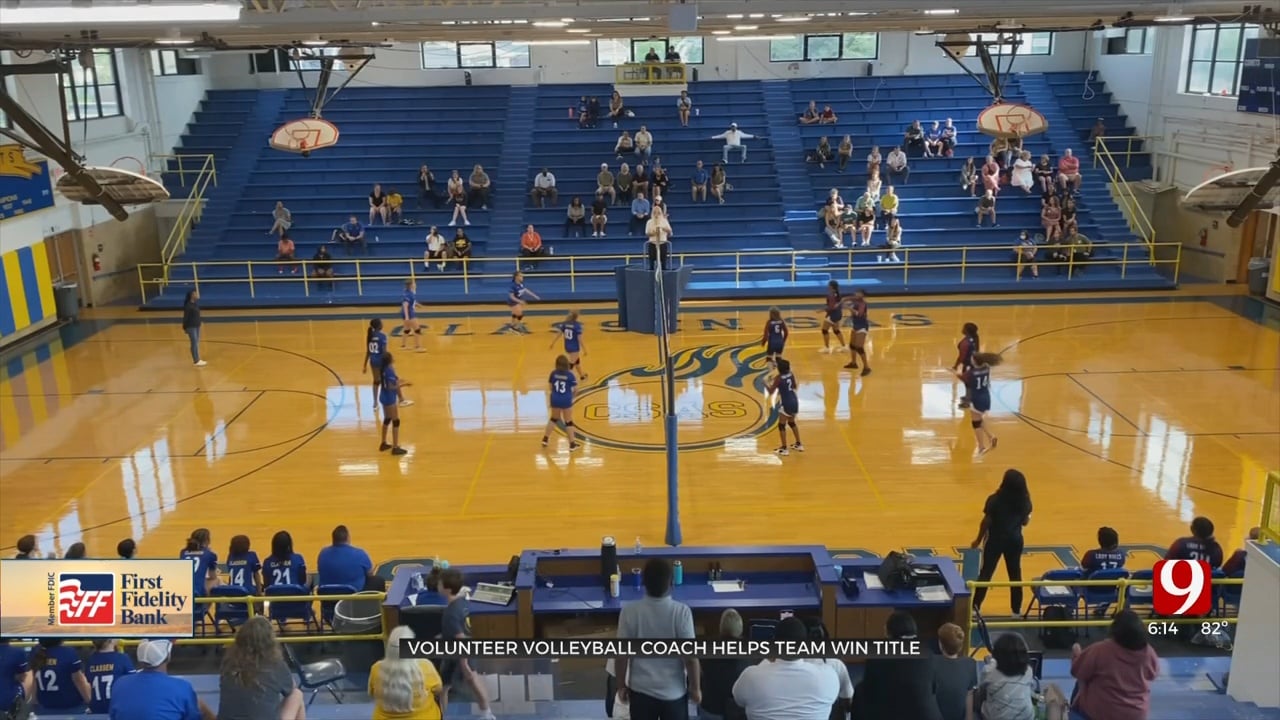 When the volleyball team at Classen SAS Middle School didn’t have a coach, assistant principal Miguel Blanco stepped in to save the season.

Practices for volleyball typically start mid-July, with games scheduled in early August, but with no coach, it was likely there would be no season.

“These girls really wanted to play, and they had a history of having a good team at this school, so I stepped in,” said Blanco.

Mr. Blanco was the assistant principal at the school and within weeks got into his coaching grove.

“Our varsity last year only consisted of seven girls, so we only had one sub,” said Blanco.

The team went undefeated, never even losing a set on their way to the championship.

Over the summer Mr. Blanco went about planning for the upcoming school year, as an administrator and as a coach.

“Then I got a phone call stating that I was being transferred to a high school,” said Blanco.

Excited about the opportunity, his focus quickly shifted to his team.

“I didn’t even give two thoughts, the word in the beginning was committed, and I’m like I’m going to commit to these girls, and I just decided to stay on as their coach,” said Blanco.

“I was pretty sad about it, but then I found out he was going to stay and that kind of changed my mood, and I was really happy,” said Nayeli Crawford Classen SAS volleyball player.

“I was scared I was going to have to have a new coach but I’m really thankful that he’s still our coach,” said Eloise Stiglets Classen SAS volleyball player.

In addition to his vice principal duties at the high school Blanco continued in his role, volunteering, as the volleyball coach, working 13 hours a day, and sometimes more.

“I would go to the high school, do what I had to do there and right after high school I would straight here,” said Blanco.

The hard work by Blanco and the team paid off as they just won back-to-back championships, and the run may not be over.

“The core of this team are seventh graders, so they’ll be back again next year,” said Blanco.

In addition to volleyball, Blanco also coached soccer for the school. He declined to offer to coach again this year, to spend some much-needed time with his wife and new baby daughter.