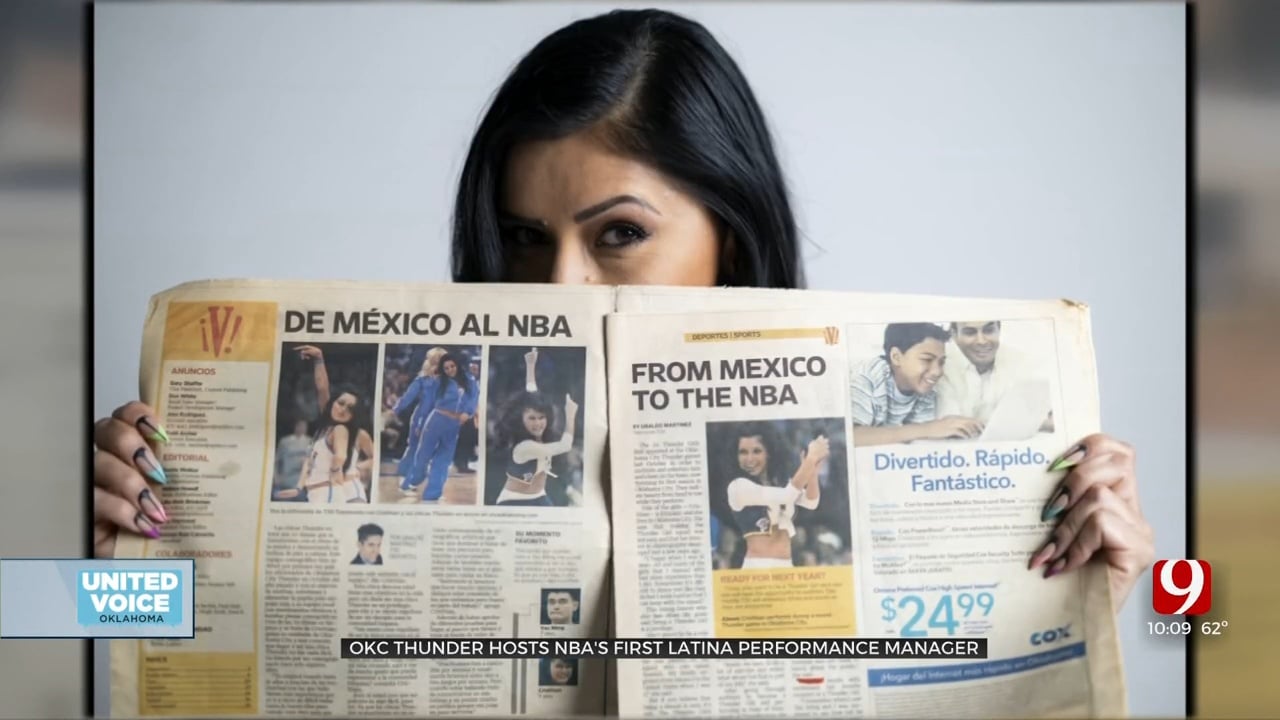 From Juarez, Mexico, to Oklahoma City, Cristhian Guzman is making moves on and off the court.

“It says ‘orgullosa de ser Hispana’ which means ‘proud to be Hispanic’ yeah in this moment I was pretty proud,” said Cristhian Guzman, the Performance Teams Manager for the OKC Thunder.

Guzman started dancing in high school, going on to dance in college and on professional teams before the Thunder came to OKC.

“I was able to be not only on the first team, but the first Latina on the team…I mean honored, thankful, humbled all the things. My family was so proud of me, my friends,” she said.

All these years later she finds herself on the other side as the Thunder’s first Latina Performance Teams Manager.

“I didn’t see anyone that looked like me that came from where I came from, that had the struggles that I had,” said the Performance Teams Manager.

Guzman stressed the importance of representation.

“I had to shoot for shots I didn’t think I was going to make. I really was blindly in the dark trying to make this work. it worked but had there been some representation then I feel like it would have been maybe not as hard. It’s huge, representation is everything,” said Guzman.

The head coach said she may be the first but she is certainly not the last.

“Every audition I start to see more diversity. To see the change coming and more people being included and feeling included. I’m proud to be a part of it,” she said.

“Little kids see me at events I just love being able to inspire them and say, ‘you can do what I do,’” said Yazlyn Saenz, a rookie on the Thunder O City Crew.

Guzman hopes to make it easier for those that come after her.

“She is definitely a good role model,” said Saenz.

“Whether we were born here or not born here I think people empathize more with us when they know our stories,” said Guzman.