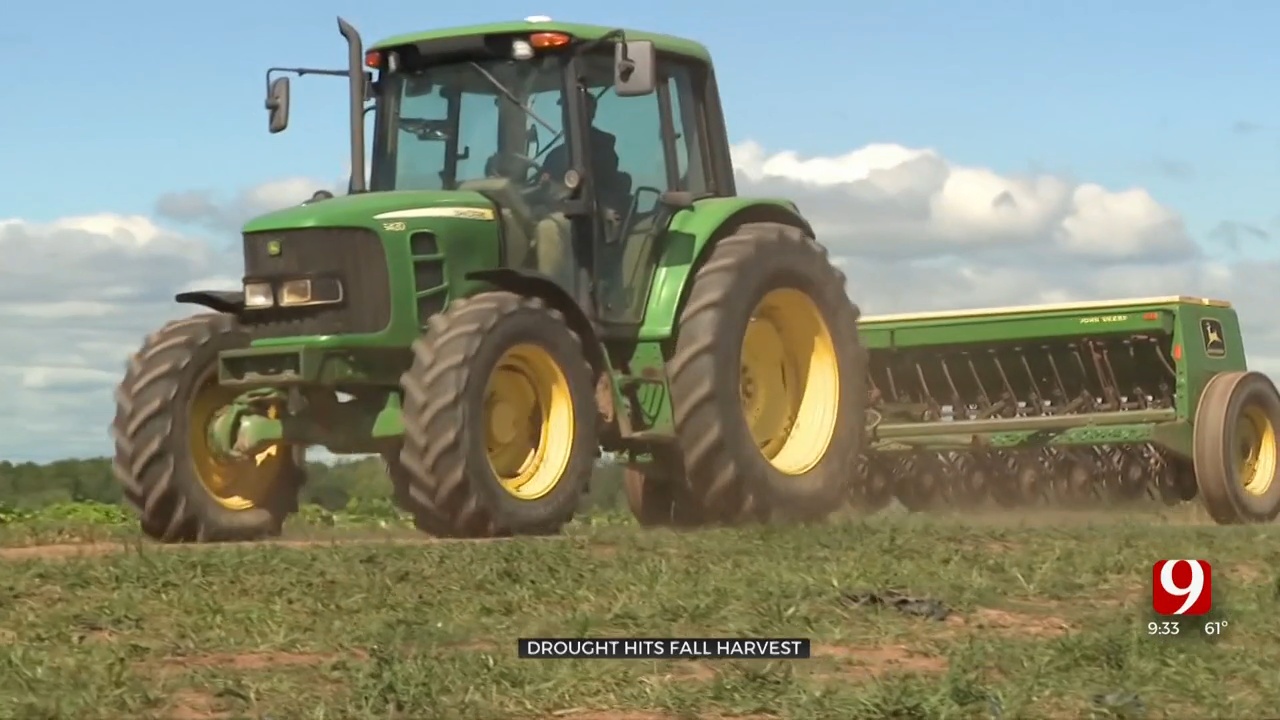 Farmers Are Feeling Effects Of Historic Drought; Even-Higher Food Prices Could Be On The Way

Farmers across the country are struggling with the effects of historic drought conditions, and it's likely to make a trip to the grocery store even more expensive.

According to the NOAA, nearly 300 million acres of crops in the U.S. are currently experiencing drought conditions, and the problem is particularly acute in the west. An American Farm Bureau survey of western states finds average crop yields could be down 38%.

This month, the Bureau of Labor Statistics reported that food prices jumped 13.5% from August 2021 to August 2022, the largest annual increase in more than four decades.

In Hillsborough, New Jersey, fourth-generation farmer Jim Abma is adapting in order to survive. He had to install a double-line drip irrigation system on his 240-acre farm that allows him to deliver water directly to the roots of his squash, peppers, lettuce and other crops. Without it, he said he couldn't have made it through this growing season.

"We've only had 1.7 inches of rain from May pretty much through Labor Day," Abma said. "This year is more of a drought year and more of a stressful drought year than we've had in the past. But we'll adapt and get over it and get through it."

Abma said even if conditions improved, it is too late to fix the damage for this year's fall harvest. High temperatures combined with dry conditions were tough on crops, and even with his system, the yield on his farm is down by roughly a third.

"That comes down to smaller ears of corn, smaller tomatoes, just the result of a stressed out plant," Abma said.

The drought has added to multiple challenges facing the nation's farmers, including higher fuel prices, labor costs, and even more expensive packaging. Ongoing supply chain problems continue to make it difficult to supply farm equipment or the parts needed to maintain it. Abma said while food prices are going up at the grocery store, farmers are feeling even more of pinch to their bottom line.

"Even though people are paying more for their food, we're getting less of a margin for it because of our inputs," Abma said. "We've hit a rock and a bump in the road. But we'll be back at it again next year, just like I hope every other grower does the same."