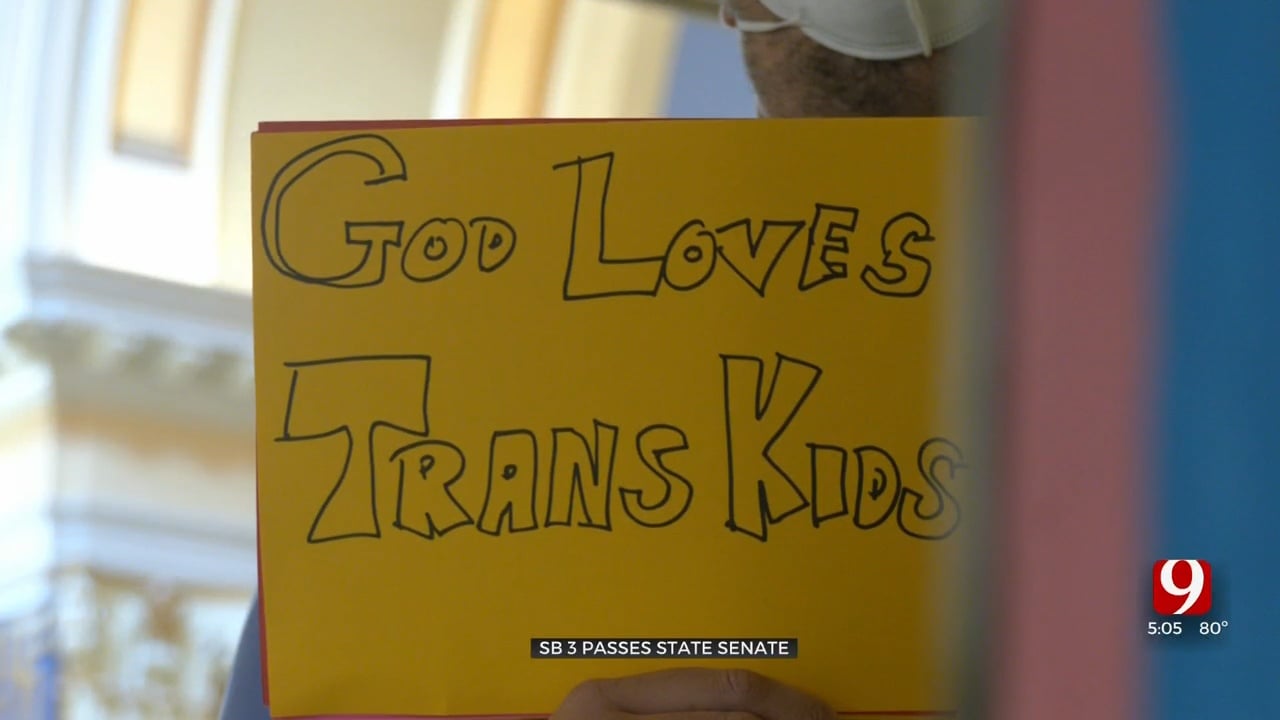 Advocates fought against a hospital bill that will give hospitals millions in American Rescue Plan Act funds.

The bill passed out of the Senate Thursday and would give hospitals owned by the University Hospitals Authority or University Hospital Trust $108.5 million, but they would have to agree to stop providing gender-affirming care for minors.

The hospital at the center of the controversy is OU Health and its Roy G. Biv Program that provides that care to kids as they learn their gender identity.

The bill said any hospital that performs gender affirming care won't get $39.4 million. OU announced Wednesday that they cut off the care before lawmakers took any vote.

"I think that they've used gender-affirming care as a scary sounding wedge issue," said a medical student who asked to remain anonymous.

Oklahoma senators said the people who watched the floor debate have wedged themselves between young patients, their parents and doctors who provide safe and accepted gender-affirming care.

"These ARPA funds are going to have zero participation with the major point of our conversation today," said state Sen. Roger Thompson.

"The age of consent is important,” state Sen. Greg Treat said. “That when a person as the mental ability, the capacity to make decisions is important.”

House Bill 1007, penned by Sen. Thompson, initially targeted only gender-affirming care. Now, the bill has been tacked on to one from the spring, Senate Bill 3, and ropes in an additional $69 million dollars in funds.

That breaks down to $44 million towards electronic medical records updates, $20 million to treatments for cancer patients impacted by the pandemic and a little over $5.1 million towards mobile dental units.

Hospitals will also have to agree to turn in reports and even be audited to make sure money won't go towards anything that's not allowed.

"They keep talking about transitional surgery on children. That literally does not happen. It is a red herring," advocate Sarah Bell-Wilson said.

"It's medically not available anywhere in the U.S. under 16, so they are discussing 16 to 18-year-olds, saying they're not old enough to know who they are,” advocate Shay Wilson said. “Even if they already socially transitioned for a decade at that point."

"They're saying we're providing irreversible procedures and treatments and acting as if we're cutting open 12-year-olds,” the unidentified medical student said. “We're not doing that. We're providing puberty blockers that pause puberty to grow and (sic) make decision on their own time.”

Those in favor of the bill said they believe none of this care should happen until a person is 18 years old; but others think that would be too late.

"If this option is removed a lot of them are going to be at a lot higher risk of thinking about suicide or attempting it. These are children. They should not spend their life wondering if they want to live it," the medical student said.

Senate Bill 3 passed the senate Thursday morning. It also has an emergency clause which means it could become law when the governor signs.