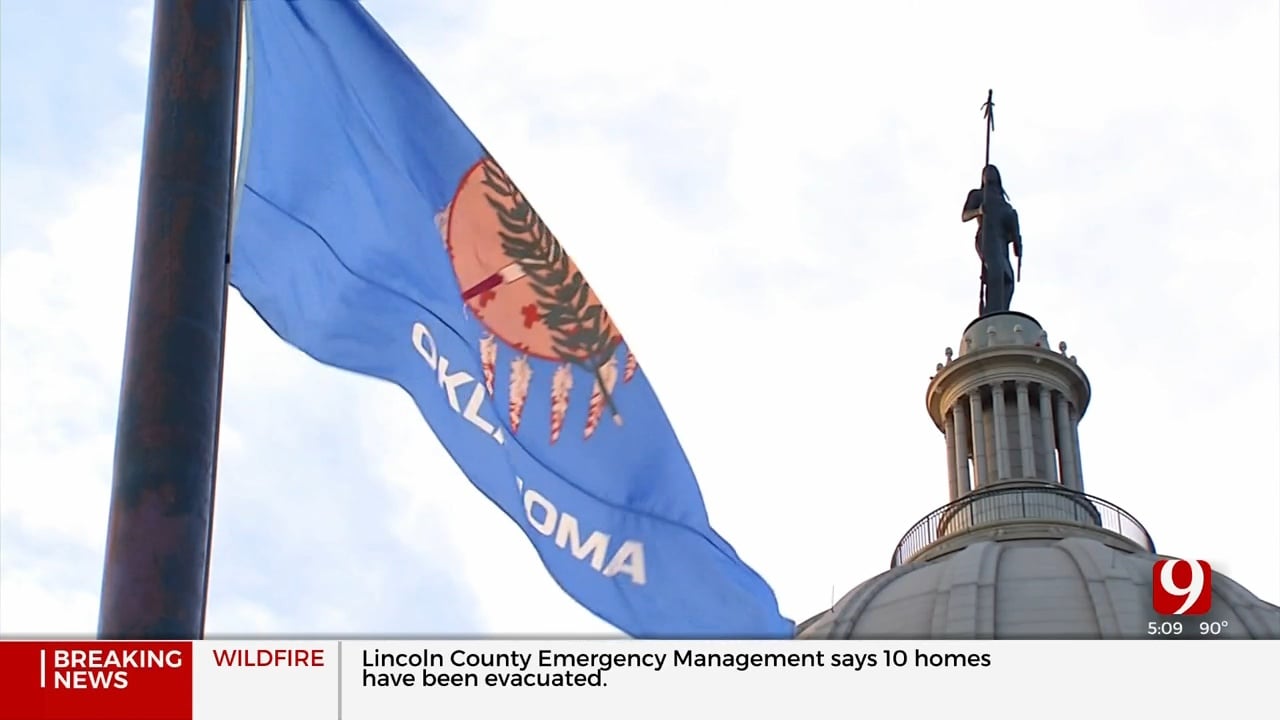 Lawmakers will return to the State Capital on Wednesday for a special session, focused around spending $2 billion in federal COVID relief funds.

News 9 spoke to some Oklahoma City residents who were out shopping for groceries.

“Really and truly, everything has gone up it’s not just one thing," said Sarina Green.

Green is a mother of two with another on the way, and she said everything from baby formula to eggs has jumped in price. She said anything to save some money would help her family.

“That would be a great relief we would be able to stock up on groceries and get essentially everything we need.”

This is not Governor Stitt’s first try at eliminating the state grocery tax, but he said now is the time to get this done.

“Bottom-line is everything is more expensive, and Oklahomans are hurting," said Governor Stitt. “This hurts real families all across our state, who are doing everything they can to just make ends meet and keep up with the rising inflation costs."

“I have not given up on my colleagues in the legislature that we can come together, and they can get something on my desk this very week," said Governor Stitt.

He said as they discuss the COVID-19 relief funds, it would be unfair to Oklahomans to spend billions without eliminating the state grocery tax.

“It sends a poor message for us to spend $2 billion without also cutting grocery tax," said Governor Stitt.

But Tuesday, a spokesperson for senate president Pro Tem Greg Treat said as lawmakers come back to a special session this week, they will only focus on spending federal COVID-19 funds, and that any bills concerning the grocery tax or personal income tax will not be heard.

Instead, the Senate spokesman said they want a policy working group to find a long-term path to get the personal income tax as close to zero as possible next session.

“Philosophically, I am for lower taxes,” said Senate President Pro Tem Greg Treat. “We must be mindful and do tax cuts the right way.”

“Last year, I championed tax cuts and the members in the Senate were able to send responsible tax cuts and inflation relief to the governor’s desk. I’m proud to be part of the leadership in the state of Oklahoma, who has contributed to our current record savings, made critical investments into essential services, while living within our means. As we enter a recession, we must remember just a few short years ago we were scrambling with a $1.3 billion shortfall. That is why I have appointed a tax policy working group. “Economists predict this recession is going to be durable and painful,” said Senate Appropriations Chairman Roger Thompson. “We have lived through years where we’ve had $1.3 billion shortfalls. We don’t want a repeat of those years. Looking at tax cuts holistically and taking a deliberate approach is the best way for us to do tax reform.”

“To correctly navigate and engineer a path to the best way to do tax cuts requires time”, said Senator Dave Rader. “One could argue that a reason for our complicated tax structure is due to the many one-off tax cuts that were not nor are not of long-term vision. The tax reform working group continues its work to find the best path forward to help Oklahomans now and in the future.”

“There is reckless spending on the federal level that is leading the country in the wrong direction,” said Senator Julie Daniels.

"The house has been leading on and passing inflation relief for two years now and stands ready to act yet again to deliver the relief the governor is fighting for and Oklahomans deserve." – House Speaker Charles McCall, R-Atoka.

Governor Stitt said that Oklahoma has one of the highest state grocery taxes, but out of the 13 states that have that tax, Oklahoma actually has the 4th lowest. Stitt also said if Oklahomans want this tax eliminated, he urges residents to talk to their senators ahead of the session.