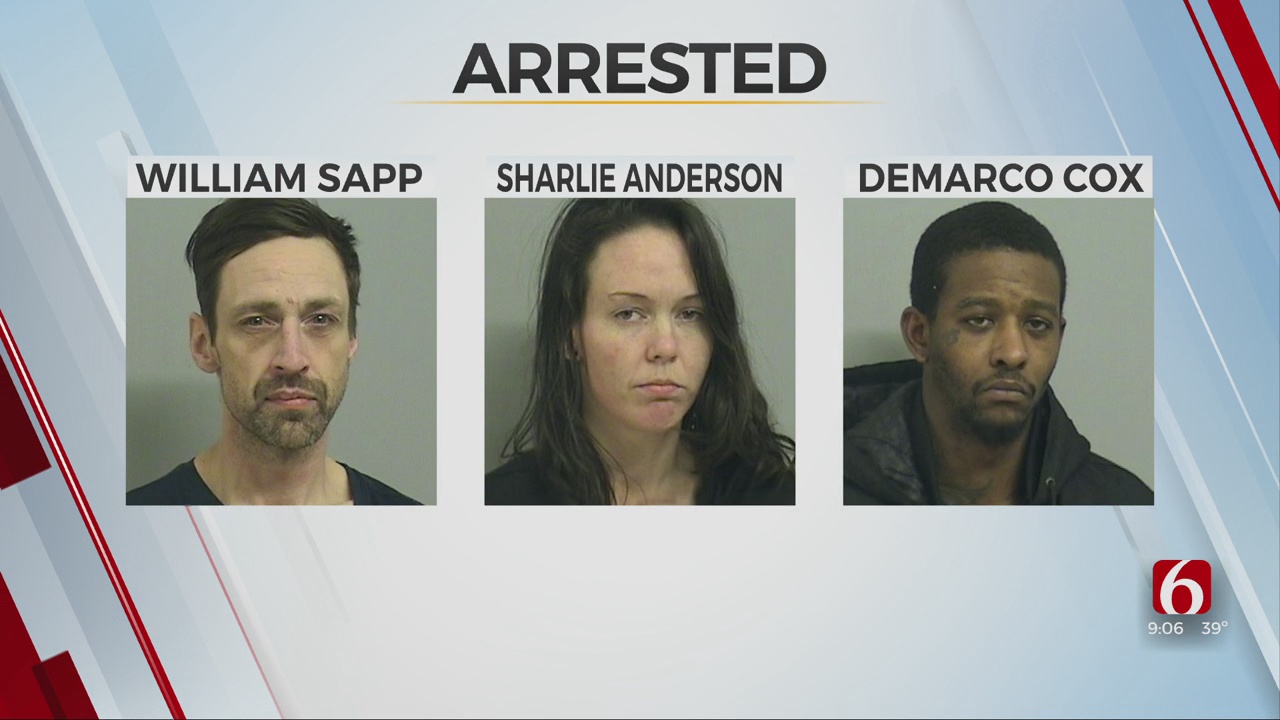 Officers served a search warrant at a hotel near 41st and Memorial. They said they found five people and three dogs living in the room.

During their search, officers found marijuana, meth and two guns.

They also found evidence that the three suspects -- identified as Sharlie Anderson, William Sapp and Demarco Cox -- had been selling drugs.

Authorities said the two others living in the room are elderly and could barely stand. They were taken to the hospital for medical treatment.

Anderson, Sapp, and Cox were arrested on possession with intent to distribute, possession of a firearm while in commission of a felony and several other complaints.

The three dogs were taken to the animal shelter.