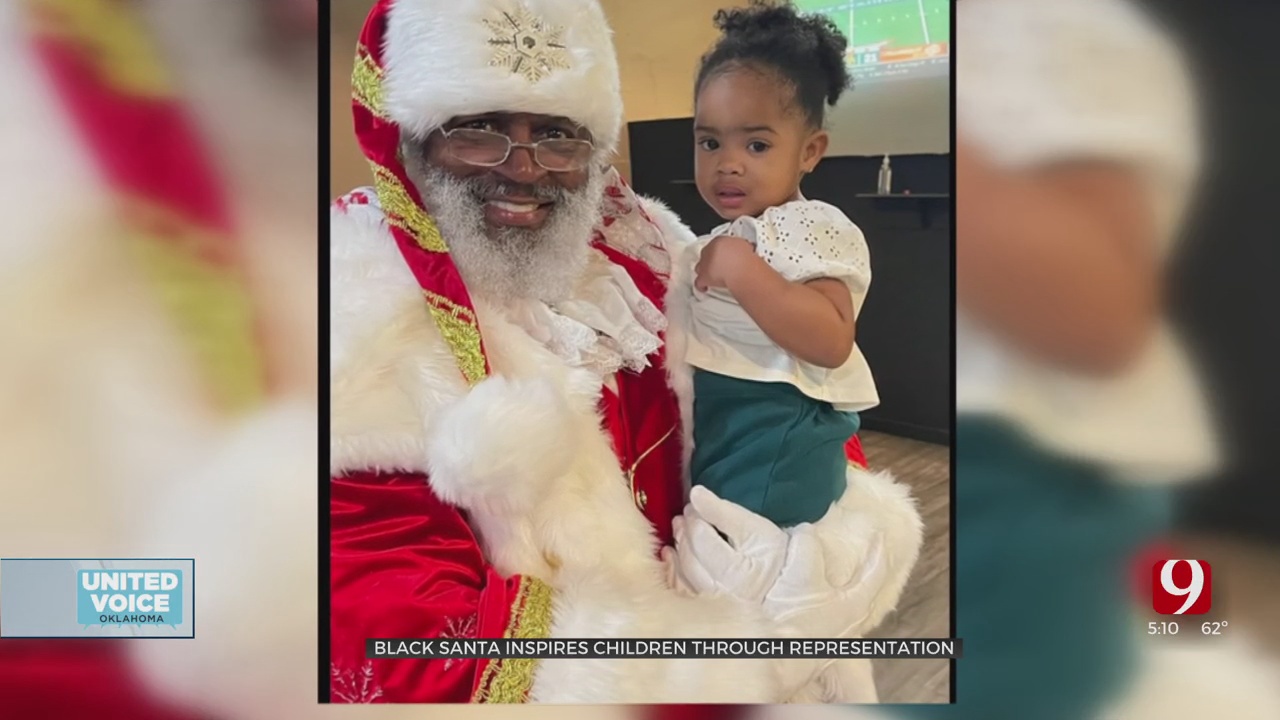 For some families, it can be a struggle finding a Santa their children can relate to, but one Santa is hoping to change that.

“People enjoy seeing when I come, seeing my suits, my ideas that I bring to the character,” Santa Blair said.

“I've never seen a Black Santa before. There was never a Black Santa where I grew up there was always White Santas and that's what we thought it was because how we were raised and how it was perceived out in public,” Santa Blair said.

He said every kid deserves to meet a Santa they can connect with.

“Santa is the character, it's not the color of their skin, but I believe that our children should see someone that looks like them. That's why I took on the part. I said, ’I'm going to bring it upon myself because that little black boy and black girl should see a Santa that looks like them,” Santa Blair said.

Santa Blair said that's why it's important for him to be out in the community, especially where he calls home: northeast OKC.

“People have said some negative things about me being, ‘Santa's white. Santa’s not Black. Why are you misleading people?’” Blair said. “It's a character, and no matter what people say negative or positive, I’m going to continue to do this because it's my blessing. I enjoy doing it.”

He said he has yet to run into another Black Santa in Oklahoma. He believes he's the only one. He's calling on folks of all backgrounds to suit up.

“Be a part of the community,” Santa Blair said. “Let these children see. Santa looks like me. And that's what I want. I love doing this. I am Santa.”