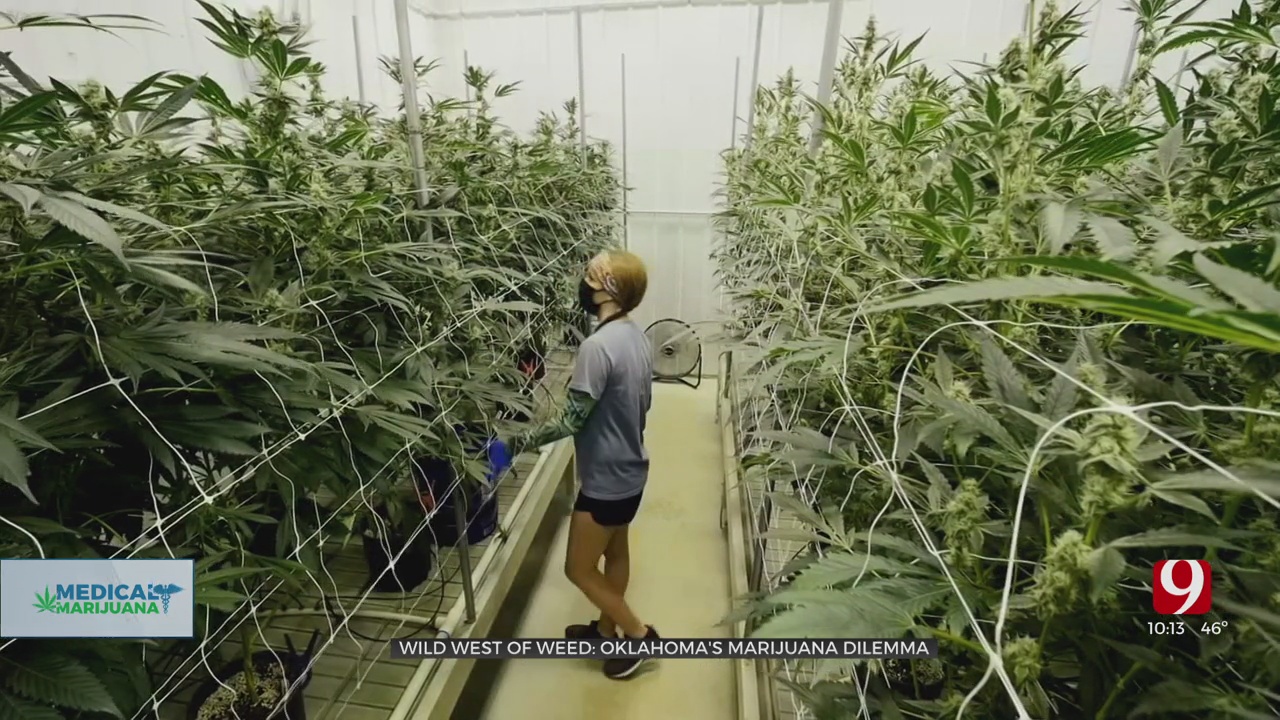 Oklahoma state agencies are working to catch up to the medical marijuana industry’s explosive growth since it was legalized in 2018.

As of Nov. 10, the Oklahoma Medical Marijuana Authority (OMMA) has licensed 381,429 patient licenses, which is 9.6% of the state population.

The agency has also issued 13,281 marijuana business licenses. Oklahoma’s 9,227 licensed growers surpasses the 8,474 cultivation licenses in California, where marijuana is legal for recreational use.

Jason “Giddy” Emo is an Oklahoma native and owns a dispensary, processing lab and a marijuana grow house in the Oklahoma City area. After working in the marijuana industries in California and Colorado for nearly 10 years, Emo said he moved back home to get businesses started in his home state.

Emo said his businesses have suffered because of a prominent illegal marijuana market sending profits out-of-state. He expects to close his dispensary later this year.

“We pay taxes. All of our employees are on the books. We don’t pay people under the table. We play employer taxes. We walk the line, and I don’t know how we’re going to stay in business,” Emo said.

The OMMA is tasked with regulating and inspecting marijuana businesses to make sure they are following health and safety standards. Adria Berry became the fourth OMMA director in late August.

In an interview with News 9, Berry said one of her top priorities is to bolster inspections by hiring additional staff to the compliance department.

“I’m considering this a hard reset of OMMA,” Berry said.

When Berry became the agency’s director, the OMMA had 18 inspectors for more than 13,000 businesses. Only 23% of license holders were inspected by the OMMA in 2020.

There are currently 33 inspectors on staff, an increase of 83%, according to OMMA spokesperson Kelsey Pagonis. So far in 2021, the agency has inspected about 23% of licensed businesses.

“I think there’s so much room to improve,” Berry said. “That’s why we had to do a hard reset. We’ve got to reach 100%, so hiring people is number one.”

Emo said a common opinion of OMMA is that the agency has no teeth.

Berry said her goal is to inspect each licensed business by December 2022.

“Every single business should expect to see OMMA at least once over the next year,” she said.

As new state laws go into effect, the OMMA is changing compliance rules.

Public comment is open for a set of proposed rule changes until Dec. 1.

The OMMA is also making improvements to its website and call center, Berry said, with the goal of bridging the gap between regulators, patients, and business owners.

“We are catching up, and I think that Oklahomans will see over the next year, we’re going to get much closer to being caught up,” Berry said.

Since April, OBN agents have busted “around 80” illegal marijuana farms, according to OBN spokesman Mark Woodward. Several hundred more are under investigation.

Human trafficking, forced labor, and other crimes come associated with out-of-state growing operations that have found a home in Oklahoma.

Anderson said enforcement has ramped up throughout the year, but it’s still impossible to estimate the scale of the illegal activity surrounding marijuana.

A challenge for OBN agents is the variety of illegal activity, from businesses that have not obtained the proper license, to foreign actors that plan to leave the state after growing marijuana for one growing season.

As enforcement and compliance inspections continue to make progress, Anderson said he thinks there will be an exodus of illegal operations.

“We’re seeing some completely walk away and leave everything there,” he said.

Until out-of-state operations are addressed, Emo said local business owners must compete with businesses that are profiting from illegal sales. He fears Oklahomans may have to close their doors as a result.

“They’re being pushed out by large entities that don’t care about our state,” Emo said. “All this money gets made and it goes right back to where they’re from. It doesn’t do us any good. We’re being exploited. And it breaks my heart to see it because I waited so long to come home, and now it’s a nightmare.”