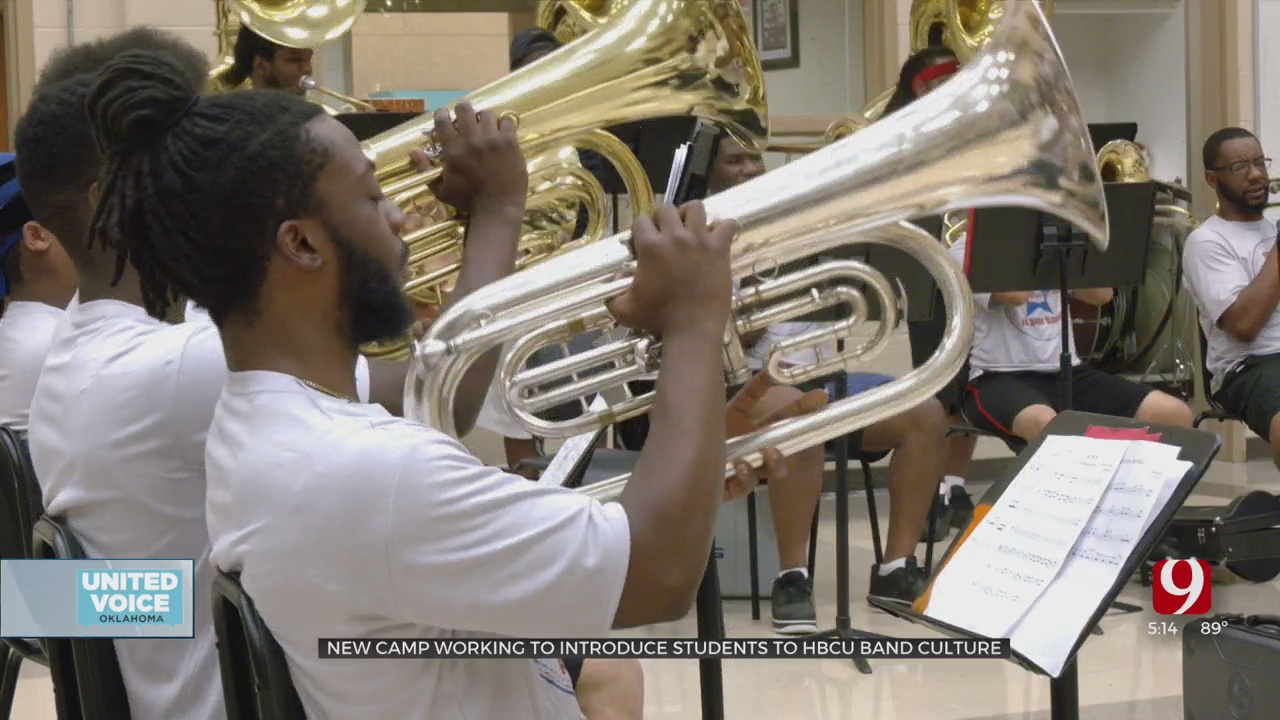 Oklahoma City Parks is offering a band camp to local students to learn about what it's like to play in a historically Black college and university-style band.

The Oklahoma City All-Star Band is working to preserve and introduce students to historically Black college and university marching band culture. One of the band directors, Larry Birden Jr., described HBCU bands as show-stopping, upbeat, a band that doesn't compare to most.

“They play top 10, top 40 hits, and they're usually populated with kids from the urban cities. So, it has an urban, hip-hop type of culture style to it. So it's very flashy, it's very entertaining and it's very competitive, as well,” Birden said.

All of the students have experience playing in bands, but some said this experience is an eye-opener.

“The school that I go to doesn't do much of marching band. HBCU style and marching in general, there's a lot of passion in the music. The dancing and the fun you have with the rest of the band at the same time,” said Michael Pulliam, a rising junior at Classen SAS.

“Most of the bands in Oklahoma City tend to be on the corps style which is fine and beautiful if that's what you want to do, but I don't feel like there's a big HBCU culture which is why we're trying to establish it here,” Birden said.

Birden said he wants students to come out of this program more confident and a stronger musician.

“I'm not a snare player at heart. I use to play an instrument called the quince so when I first starting play snare a lot of people kind of doubted me when I started playing so I was just want to show them I can play both instruments,” said Delante Hutcherson, a rising freshman at Millwood High School.

Band members from Langston University are also there to assist kids. Program leaders hope this experience could also encourage students to go to an HBCU for college.

The HBCU all-star band are planning to showcase what they’ve learned so far at noon on July 3 at Fredrick A. Douglass High School. They said they're also looking for more students from any background to join.