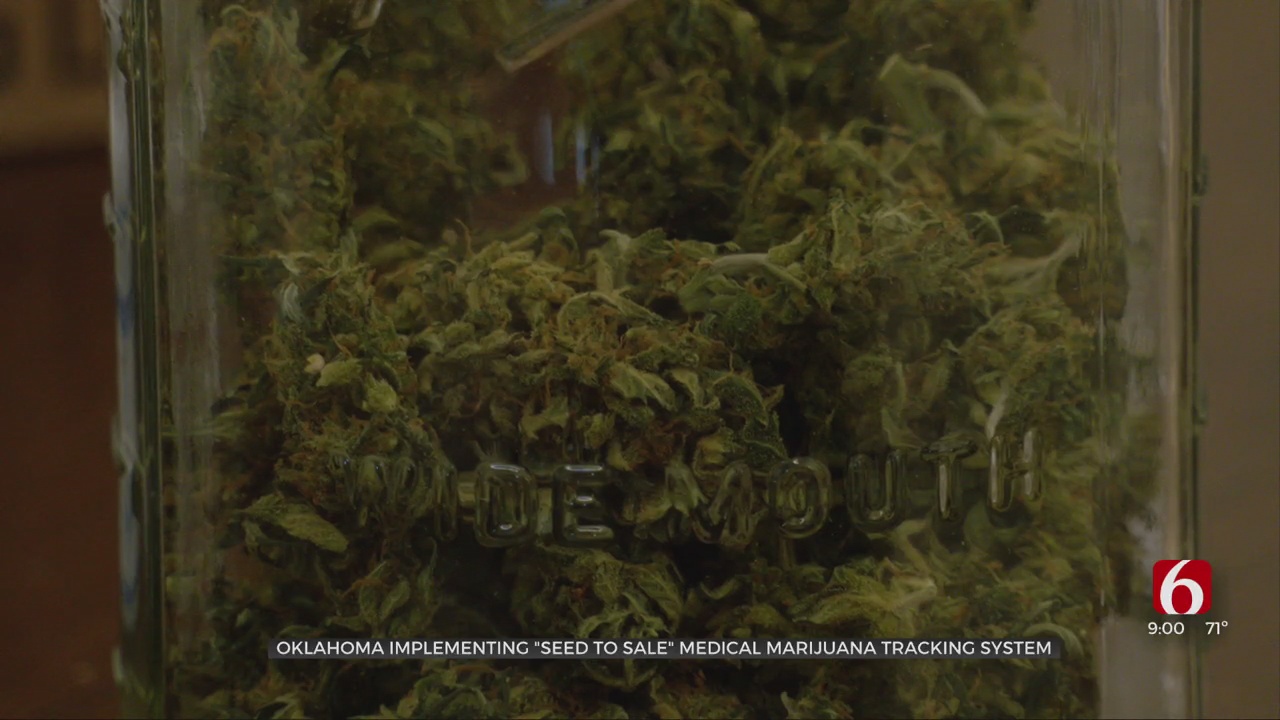 A tracking system for medical marijuana will officially be implemented statewide by the end of April.

The Oklahoma Medical Marijuana Authority said it will use a tracking system called Metrc to track a marijuana plant from when it's planted to when it's sold.

"The other thing that's going to happen is that a grower won’t be able to be able to sell me marijuana unless it's in Metric,” OK4U Approved executive director Chip Paul said.

Paul said this has been a plan for state since the sale of medical marijuana was first approved. He said this will help move the industry forward.

"No marijuana will be able to move within this Metrc system without it being tested, so that's just going to way up our game and way up our professionalism in the industry and what's going on," Paul said.

Taras Filenko owns Seed Cannabis Co. Filenko said his business already tags their product, but it is spending the next month preparing for the switch to the new system.

"I wouldn’t call it stressful,” Filenko said. “We just expect it. When we entered this industry, we expected things to be difficult.”

Filenko said it going to take a lot of hard work getting ready for the change, but he believes it will benefit the medical marijuana industry.

"Which is going to be a challenge to implement by the end of next month, but again, we're for more compliance so we can get the bad operators out and just have people that are doing things above board and legally," Filenko said.

The seed-to-sale tracking system will officially be in place on April 30.