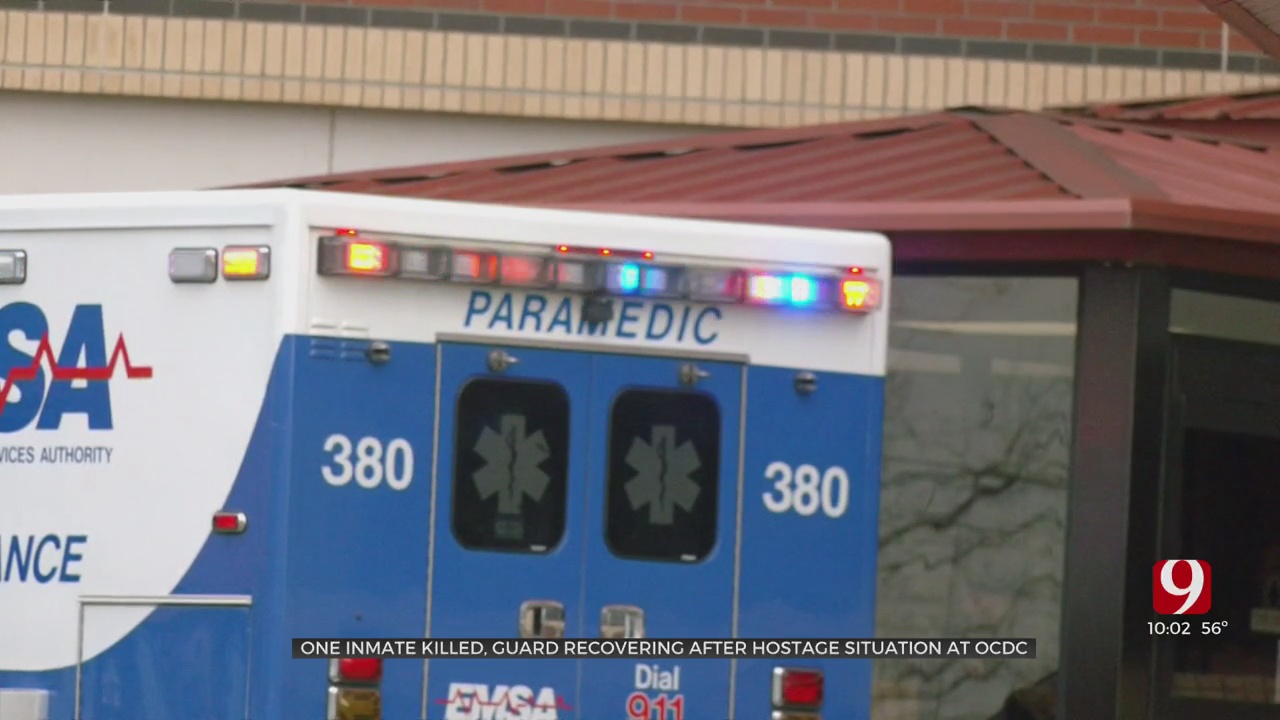 UPDATE (7:12 p.m. March 27, 2021): Oklahoma City police confirmed that the correctional officer has been rescued and is currently at a metro hospital receiving treatment.

Authorities also confirmed that an inmate inside the jail was shot and killed by an Oklahoma City police officer.

The Oklahoma County Detention Center is on lockdown after a correctional officer has been taken hostage.

Oklahoma County officials confirmed Saturday that the correctional officer has been taken hostage on the 10th floor of the jail.

A source confirmed to News 9 that the officer was delivering medication when they were attacked by an inmate. The inmate took the correction officer's keys and tied up the officer.

The Oklahoma County Sheriff's Office tactical response team is on its way to the jail.