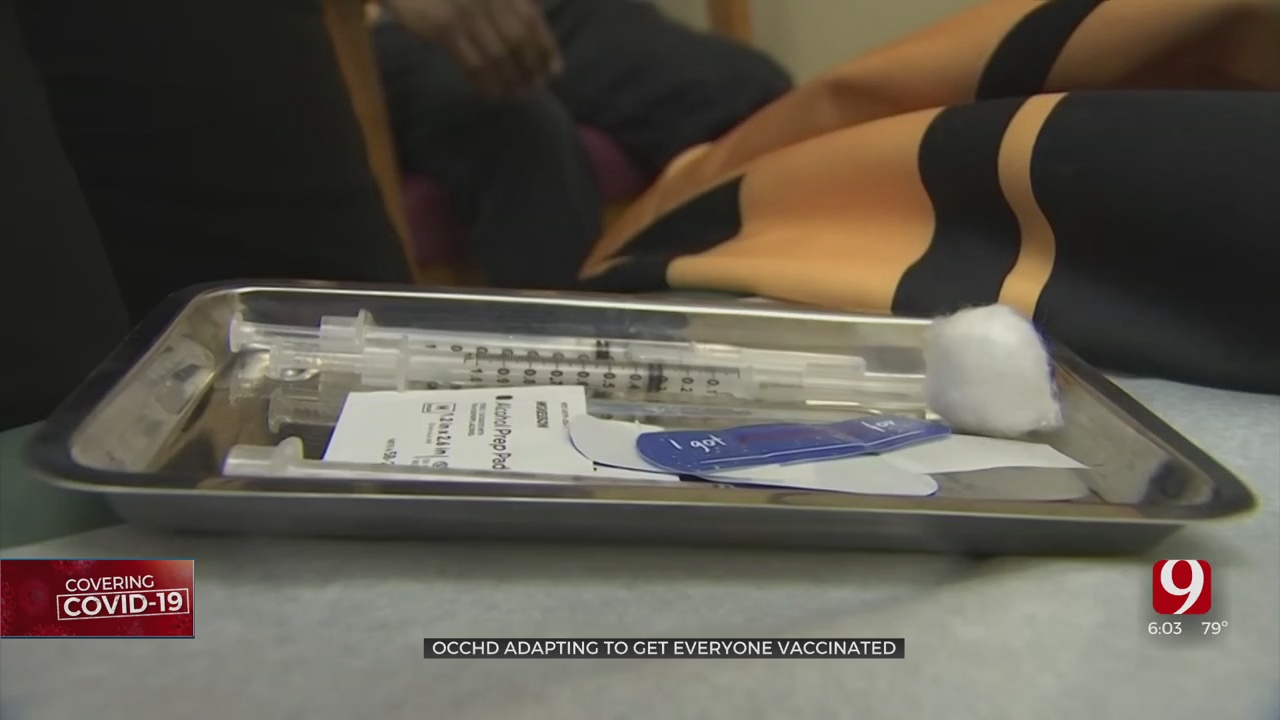 The state and Oklahoma County are both focusing on making shots available in every community.

Wednesday, 3,000 people will get a dose on Oklahoma City University's campus, a location close to a few minority communities.

He and others in the community have helped put together Wednesday's pod at the Freede Wellness Center. They wanted to make sure that their 65+ population were able to get the vaccine. Nguyen said sometimes the older members of the Asian community struggle with technology or have a language barrier.

Nguyen and the district partnered with OCCHD to set aside 1,500 doses specifically to serve the Asian community.

"My office phone has been ringing off the hook," said Nguyen.

Now those appointments are almost full.

The county is hoping this will also be a good location for other minority communities nearby.

"We reached out to the Guatemalan consulate because there are a lot of people from Central American countries that live nearby," said Molly Flemming, Communications Supervisor for OCCHD.

Equity when it comes to vaccine distribution has been a focus for the county. They've helped host virtual town halls to help with hesitancy, reached out to churches and community leaders and even adjusted their process.

"We've learned that the churches themselves are a little bit smaller. They're hard to do 2,000 people or 3,000 people in one day," said Flemming.

That number has become the average, so staff have moved pods to places like schools. The county has a pod at Douglass High School planned for next Monday.

"We worked with 16 churches for Douglass this coming week on the 22nd," said Flemming.

The county has also adjusted the way they schedule second doses. Now they have people show up to the same location at the same time just three to four weeks later. Flemming told News 9 bigger pods could be ahead as well.

"We're looking at some sites down the road that you'll see us do with some of our hospital partners," said Flemming. "But for right now 3,000 is about what we can fit."

News 9 reached out for a vaccine demographics information from the state. The report they sent us shows we have made up some ground in certain minority communities.