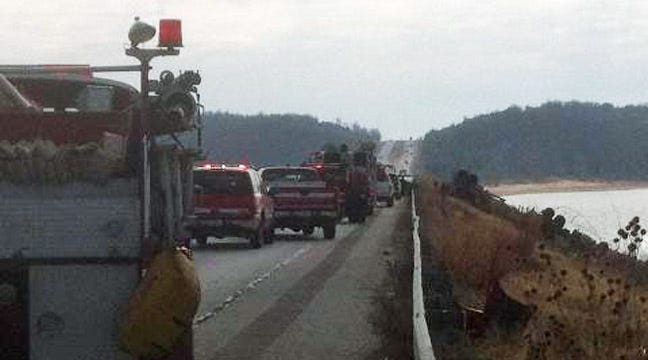 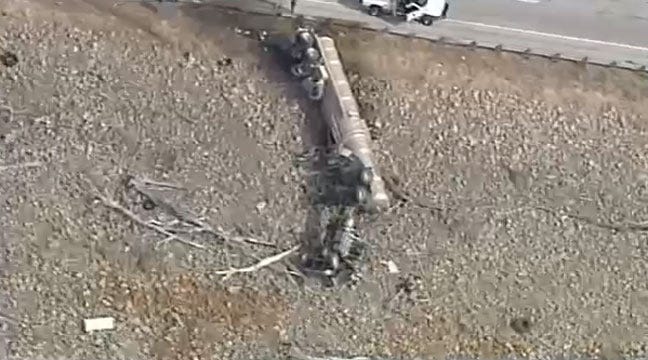 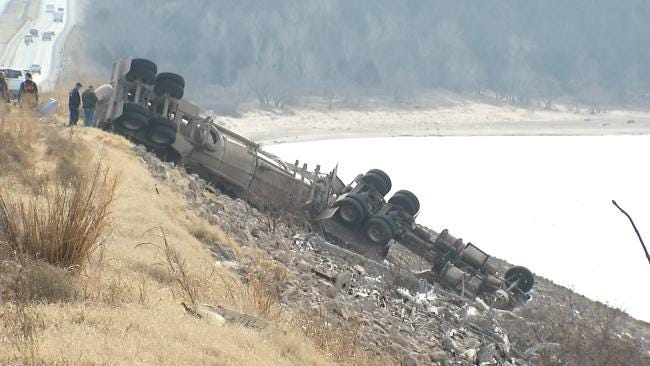 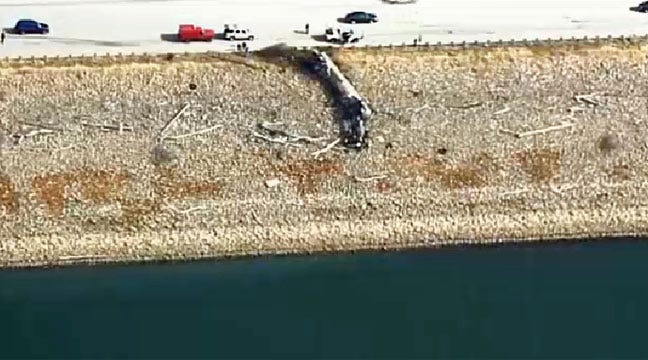 Oklahoma Highway Patrol troopers say the driver of a car involved in a wreck with an oil tanker truck had an odor of alcohol on her person.

OHP reports a tanker truck hauling crude oil overturned on a Keystone Lake bridge, spilling about 5,000 gallons of product into the lake.

Brown said the tanker truck clipped the back of a car that was driving with a flat tire.

Gwenuana Deshae Dean, 20, was driving under the minimum speed limit after getting a flat, according to a collision report released Saturday afternoon. Investigating Trooper Mark Sparks said she smelled of alcohol.

Troopers list the cause of the wreck as "defective vehicle/inattention."

Dean's 1997 Buick LeSabre ended up on the guard rail, and the 2012 Western Star tanker truck went over the railing and overturned a quarter time onto the rocks below the bridge.

The tanker driver, 45-year-old Michael Troy Royster, of Shawnee, was pinned for about an hour before being freed by Peninsula and Sand Springs fire departments. He was flown to a Tulsa area hospital where he is said to be stable with head, internal and external injuries.

Eastbound Highway 412 was narrowed to one lane at Bears Glen on Lake Keystone near Sand Springs, but about 6 p.m., both lanes were closed again to remove the tanker from the riprap. Lanes were reopened at 9:30 p.m., according to the Oklahoma Department of Transportation.

The truck spilled about half its load of crude oil into the lake, Lt. Brown said. Brown said the spill should not put any person at risk.

Dean and her passenger, 20-year-old Kayla Dee Nichols, were treated and released with head injuries.  Both women are from Wichita, Kansas.

According to U.S. Army Corps of Engineers Keystone Lake Manager Will Jeffries, the body of water is not a public supply, meaning no entity uses Keystone for drinking water. The generation of power at Keystone Dam has not been stymied.

Jeffries also said the spill shouldn't affect wildlife much. Fish, he said, have a natural instinct to swim away from the mess.

There are oil containment booms in the water that will remain for a few days. The booms should be able to catch the brunt of the product, but the rest will just have to mix with the water and dilute itself. A sheen on the water near the spill will be visible for a few days, Jeffries said.

"Keystone is such a large body of water that when we get what we can with the booms, the leftover crude will dilute into the massive lake and might not be detectable," Jeffries said.

By late afternoon, hazmat crews had pumped out the remaining oil in the tanker so it couldn't drip down into the lake.

"The crude already on the riprap will continue to leach down until it reaches the water. That's why the boom will be there a couple more days," Jeffries said. "There aren't any long-term issues expected."

The containment process is getting some help from the wind. A south wind is keeping the oil close to the rocks, near the spill, making it easy to contain within the booms, Jeffries said.

"The part that spilled, we think, is about 5,000 gallons," he said. "The rest was pumped out of the tanker so they can hook up a wrecker and try to pull the truck up on the highway.

"It's a bad deal for everyone involved. It was just a guy out on the road making a living, and this happens." Jeffries said.