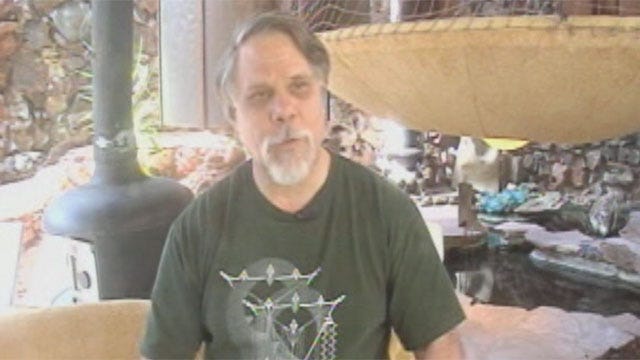 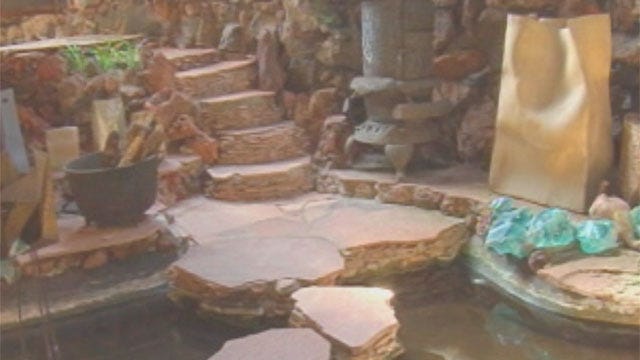 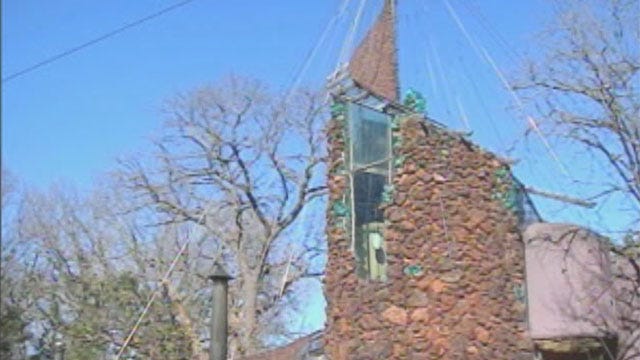 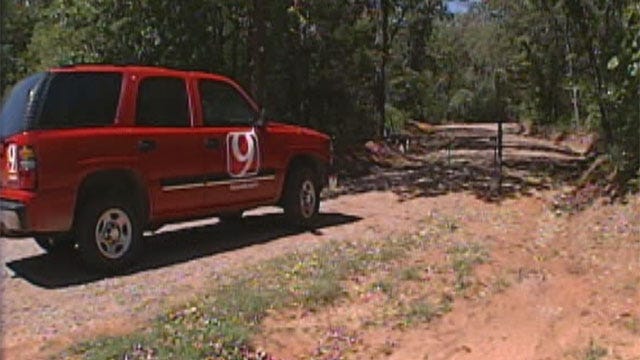 NORMAN, Oklahoma -- When News 9 reporter Gan Matthews went to check on possible threats to Norman's historic Bavinger House, he and his photographer were greeted with gunfire.

The Bavinger House is the creation of the OU School of Architecture's most famous architect, Bruce Goff. Someone called the Oklahoma Historic Preservation Office Monday and claimed the house was "gone." Workers feared that meant the house was destroyed.

It's believed the man on the phone was Bob Bavinger, the son of the original owners of the house. News 9 has learned Bavinger has been threatening to tear down the home. Retired OU professor Arn Henderson has heard people talking about the threats.

"I have heard rumors, and this is sort of second hand, that he has threatened to destroy the house," said Henderson. "And, gosh, I just think that would be such an incredible tragedy."

Cleveland County Reporter Gan Matthews went to view Bavinger House, but when the News 9 crew pulled up to the property, they heard a gunshot and a man's voice demanding to know who they were.

Norman police were called out to investigate, but officers were unable to get any answers.

"The officers tried a variety of methods, including P.A. systems on the vehicles, yelling, sirens, knocking on doors," said Norman Police Capt. Tom Easley. "We never got a response from any human beings."

News 9 does not know who fired the gunshot or if it was aimed at our crew, but it is believed the shot came from the Bavinger House property. Police were able to determine the house is intact, but according to its website it's closed due to storm damage.