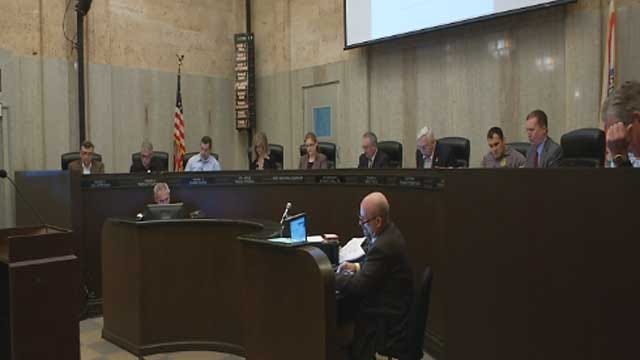 Traffic and Transportation Commissioner approved the permits of both Uber and Lyft Friday afternoon.But the approval came with extensive debate.

OKC city leaders spent more than a year ironing out rules and regulations for ride share companies to follow. Those rules were created with the help and input from taxi and limo drivers.

Even after the weeks of discussion, in the final hour of the process little was left un-debated.

“I have to agree there seems like there is a lot that we don't know,” said commissioner at large Paula Yockel.

Commissioners raised questions on the lack of drug testing for both Uber and Lyft and were concerned with insurance coverage for drivers and passengers.

Opponents to the permit approvals complained even with the regulations in place, from their research ride share companies were not complying with state laws.

“They are certainly welcomed competition as long as they do things fair and square,” said Charles Cotton, owner of VIP Limo.

A Lyft driver News 9 spoke with said he welcomed the level playing field between the two different platforms of transportation.

“I'm completely in agreement to do it, It's very fair. It's extremely fair,” said ride share driver Mark Laverents.

Lavernets came out of retirement to drive for both Uber and Lyft.

He said his customers chose to travel with ride share companies claiming they are more reliable and friendly.

Other ride share drivers who spoke out during Friday's meeting said because of this service, more are utilizing these companies for a safe ride home after a night of drinking.

After close to two hours of debate and testimony from both sides of the argument, commissioners narrowly approved both Uber and Lyft's permits.

In addition to the approval of Lyft and Uber's permits, commissioners also extended the permit deadline for other ride-share companies to apply until April 30th.