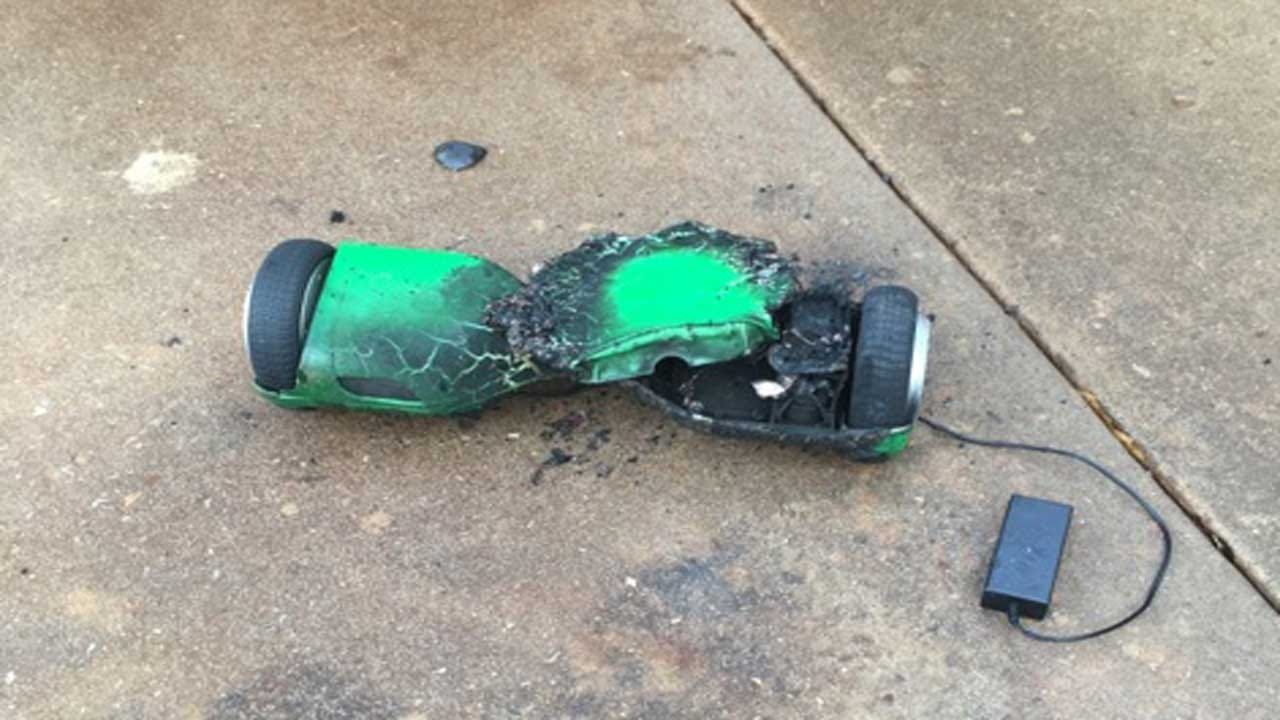 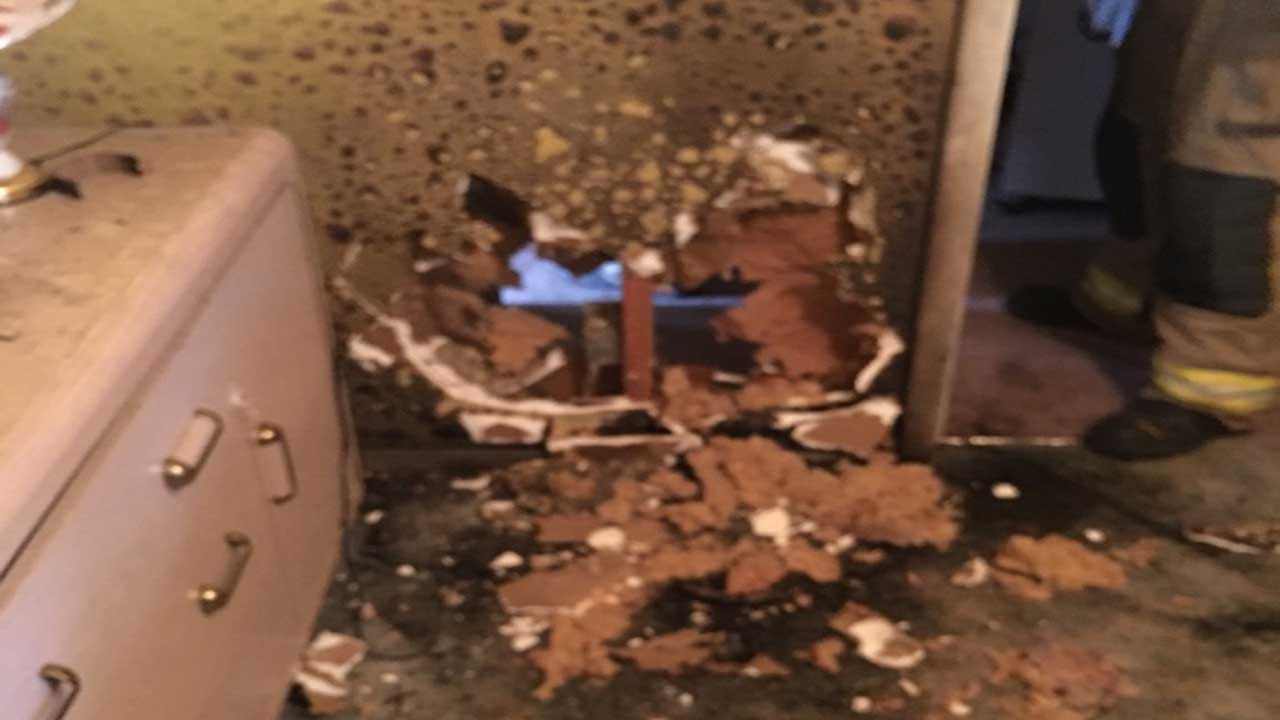 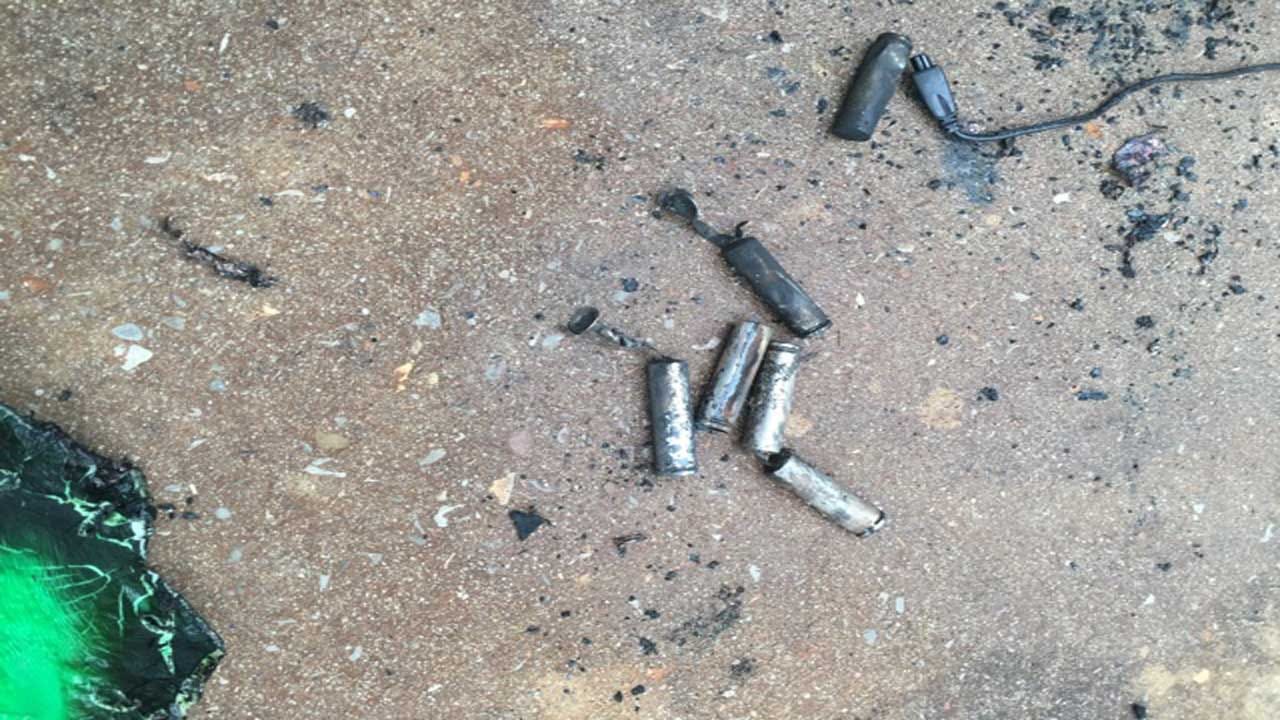 Around 9:20 a.m., the Oklahoma City Fire Department responded to a home in the 1100 block of Carter Drive in reference to a possible house fire. Once on scene, firefighters encountered light smoke, and realized the occupant extinguished the fire prior to their arrival.

There was evidence of heavy char on one interior wall along with a badly damaged hoverboard.

The occupant of the home told firefighters he heard what sounded like fireworks and saw “pieces of fire shooting across the room”.

Firefighters found one of the batteries from the device in an adjacent room that had burned through a mattress.

The occupant said he was charging the hoverboard.

Crews said it appears the batteries got too hot and was thrown from the unit with great force. This is the first incident in Oklahoma City involving a hoverboard fire.