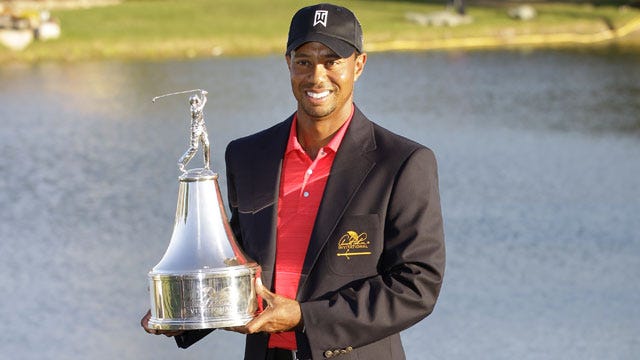 With all that info flooding my cerebellum from morning till leaving the office after midnight I come up with tweets. And more tweets.

Seriously, that's the schedule. I've found Twitter to be a wonderful tool to learn while expressing succinct thoughts that hopefully some of you out there find interesting.

Here's a sample of some of my tweets the past couple of days.

-I'll be thrilled if the #Thunder loses only 2 games in next 11 days. And fine with three Ls. The gauntlet: @Portland, @Lakers, Bulls, Memph & @Pacers.

-Wilbon nails it on Tebow: "Through no fault of his own, he has become the most over-discussed person in the modern history of sports."

-Dexter Blevins was a passionate preacher for 55 yrs. Dad led some 10,000 people to #Christ. Like him or not, Tim Tebow prolly did it in the past 3 yrs

-Rooted 4 Tiger but am disappointed/not surprised @ what he screamed after winning putt: F___ yea! F___ yea! Did Jack say that @ '86 Masters?

-Skip gets it right more than wrong. But here's my RSVP to his tweet invite: "I'll be live-tweeting with you @ noon. Watch Tebow press conf w/ us."

-DWade none too happy w/LeBron not passing him the ball in 4th. Wade's stat line staggering: Only 10 shot attempts & 4 assists to go w/6 Turnovers

-Perk earned paycheck in #Thunder win over #Heat. 8-11 FGs for 16 pts & NO technicals! But the unnecessary hang-on-rim kick to DWade was bush league.

-Is it just me or was LeBron unassertive...sort of casual, for it being such a big game. KD's defense was as good as his offense. True story.

-"Westbrook has been best guard in NBA so far. And Harden should have been All-Star. #Thunder deserved to have 3 on it"--VanGundy on TV

-Oh my! @russwest44 Russell Westbrook is in under control & Perk is #Thunder

-#Thunder v #Heat - Pressure on home team. But that's why you play the game. Transition defense is key number 1, 2 & 3...prolly same for Miami.

-The trifecta possible? We got our faves Tiger and Bill Self across the finish line first. Can the #Thunder complete the perfect day?

-@jimtraber don't get your tweet-"you guys think it's over." I tweeted @ 10AM that I'm afraid both my "faves" were going 2 lose (Thunder and Tiger)

-Tiger's like everyone else. The more you play the better you score. The only question is will he hurt himself? So far so good. Scary good.

-Funny how all those people who say they'll take you to The #Masters go into hiding about this time of year. Love to hear from one of them.

-Doesn't get any better. Tiger in final group @ Arnie's, #Thunder hosting #Heat & 72, sunny & no wind. Not expecting my faves to win--OKC/Tiger

-Can't imagine NBC ratings being big on a Saturday 3rd round @ Arnie's. Like always, I watched every swing Tiger took. But zero emotion-boring.