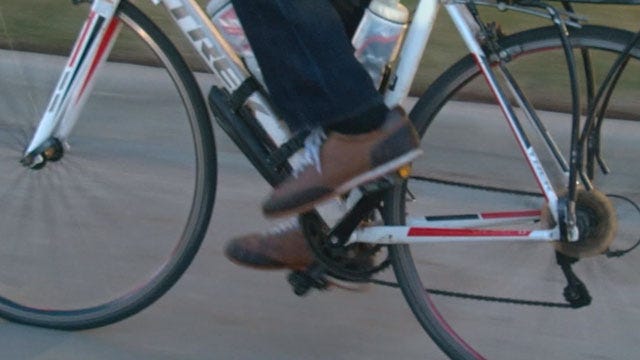 An Oklahoma City councilman is proposing another change to the city's ordinance on bicyclists after his previous proposal stalled with the council in January.

Ward 8 Councilman Pat Ryan's proposed change would make the city code mirror a clause in the state's bicycle law; prohibiting cyclists from passing vehicles between lanes of traffic traveling in the same direction.

“Right now, officers can only try to enforce a violation by asking a prosecutor to pursue a criminal misdemeanor charge. That is a burden on law enforcement and too serious of a charge for violators.”

Ryan is expected to make the proposal in Tuesday's council meeting. The proposal is set for a public hearing March 3 and a vote March 10.

In January Ryan proposed a broader change to the City's bicycle ordinance that the Council ultimately chose not to adopt.