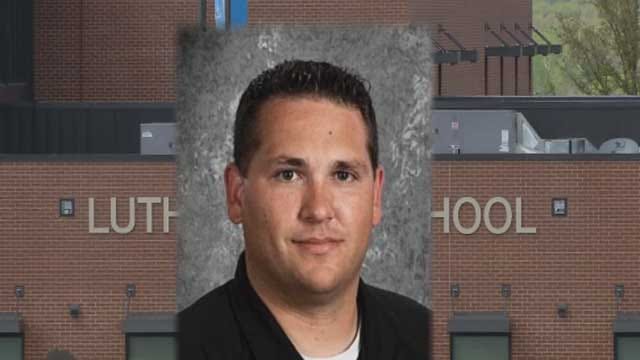 The suspended Luther Middle and High School music director, Kyle Whitmus, is now out of a job.

The school board announced it made the decision to accept Whitmus's resignation at a meeting Monday night.

Whitmus is being investigated for something involving contact with a 12-year-old girl and cell phones but police have not released any specific details.

“I can't disclose what's in them, but we are looking at cellphone bills, cellphone records, and what came off the cellphones. Uh just some inappropriate stuff,” Oliver told News 9 in an interview earlier in April.

"The profession of being an advocate for children has always been a high calling on my life. The safety of the students at Luther is part of that calling. Today I feel very personally compromised in having to make a call for the greater good of my school district. Please understand that I have weighed many factors with our legal counsel in deciding whether to accept an offer to resign from a current employee who is under suspension or whether to proceed with a recommendation of dismissal.

I feel compromised because I am unable to be the strongest advocate possible for one of my students and her family. In reaching this decision I weighed both the position of dismissal versus an irrevocable resignation. My opinion was that the irrevocable resignation was quicker and less costly for the removal of Mr. Whitmus and his contact with Luther students. Rather than ask my board to terminate a career teacher on allegations of this nature, I chose to accept his letter of resignation.

I ask the parents of the victim for their forgiveness or understanding in regard to this recommendation that I have just made to my Board of Education. If at all possible, I will become a stronger advocate for you in lobbying for legislative changes that will ensure that the safety of our students is front and foremost in how we handle these cases. I also ask the understanding of my principals that went to every level of inquiry to gather appropriate evidence for my consideration regarding this matter."