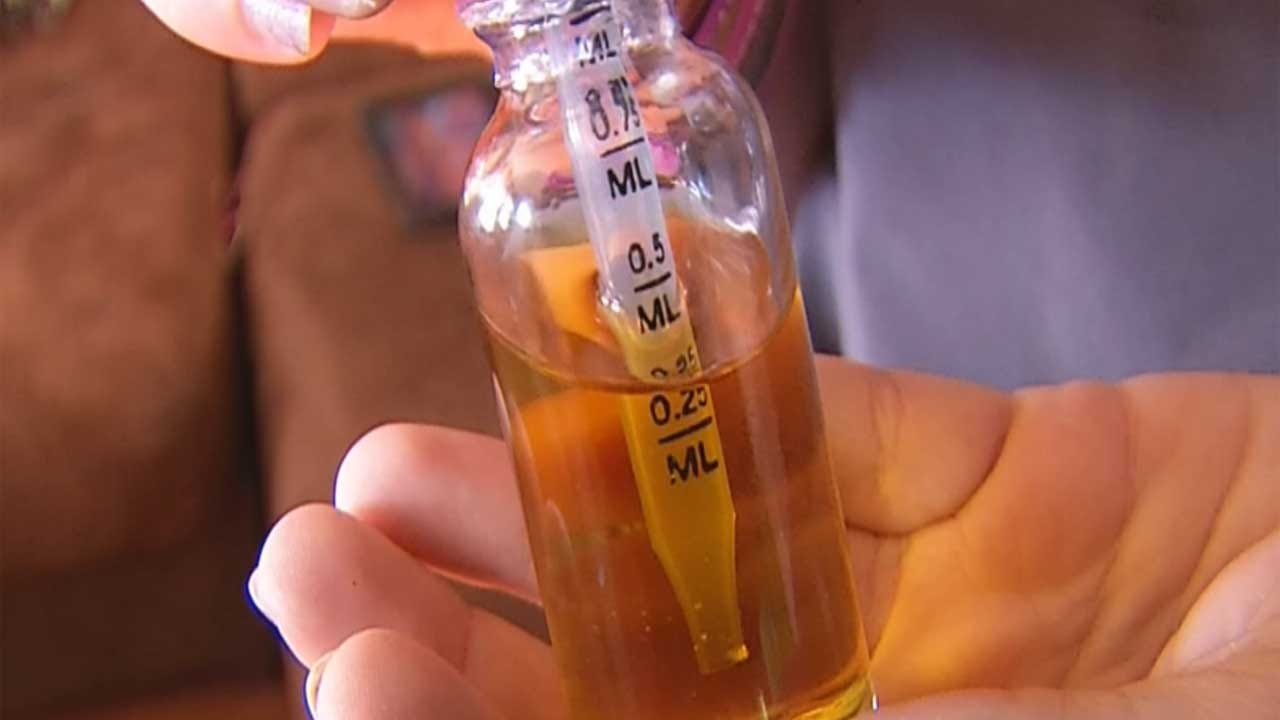 Parents of children with seizures say they are having great success with a type of non-intoxicating cannabis oil, that was legalized in Oklahoma last year.

Now, lawmakers are considering making the same oil legal for some adults as well.

House Bill 2835 has already overwhelmingly passed in the House and how has moved to the Senate where it's gained the support of state Sen. Ervin Yen who is also a doctor.

Katie Dodson was one of the first children to start taking CBD oil after it became legal last year.

Since then, her mom said she's experienced an 80 percent reduction in seizures, she's been weaned off two powerful pharmaceutical medications and her motor and communication skills have greatly improved. Her parents said they've got their daughter back.

“But under that bill when she turns 18 she can no longer take it,” said state Rep. Jon Echols, R-Oklahoma City. “Not only does that not make sense, that’s cruel.”

Echols authored last year's bill.  He's also the author of this year's version that would expand legalization of non-intoxicating cannabis oil to adults with seizures.

The law would also make it legal for adults with “chronic pain, neuropathic pain, spasticity due to multiple sclerosis or due to paraplegia, intractable nausea and vomiting, or appetite stimulation with chronic wasting diseases."

“We’re looking to allow other Oklahomans with other illnesses a chance to see if they can get some relief,” Echols said.

It's a sentiment now shared by Yen who has signed on as the Senate author.

“Let’s legalize it in Oklahoma so some folks can try it out,” Yen said. “I don’t think it will hurt them, (it) won’t make them high.”

Echols said he's seen firsthand the good the oil can do because Katie is his niece. He's confident adults could soon experience the same.

There is an emergency clause in the bill, so if it passes with a super-majority adults would be able to begin using the CBD oil as soon as the governor signs it. Echols believes that could be in a couple months.