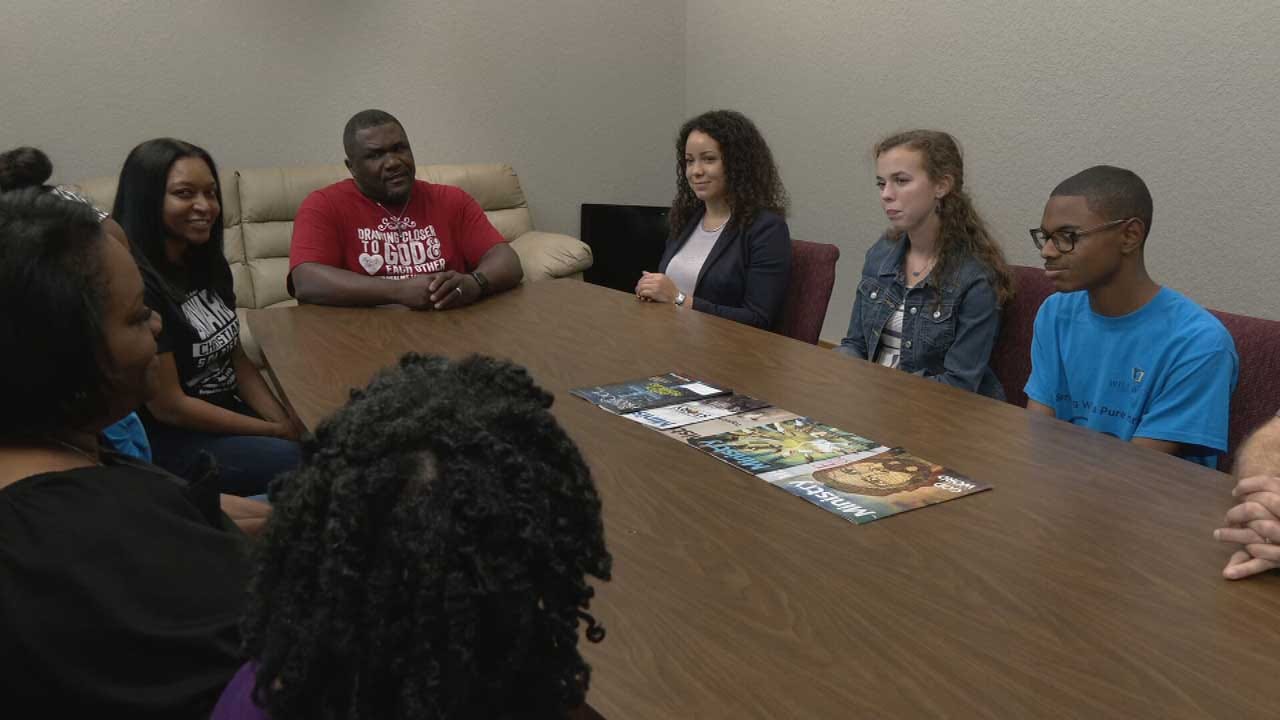 A group of young Oklahomans is stepping up to break down racial barriers among their peers. This weekend, the Removing The Walls Together conference will address racism as well as recent violence in schools.

Organizers are preparing for a day of dialogue on diversity. The students involved are different ages and attend different schools, but they agree something has to change. Twelfth grader Olivia McKinnis said racially insensitive comments are not uncommon at her predominately white private high school.

“Some things are ingrained into you that you don’t even know it’s not right because there’s no one else to correct you,” McKinnis said.

In the public school system, there have been recent clashes between groups of students who are sharing a building for the first time. Eighth-grader Amaya Grissom believes these outbursts may stem from a lack of support at home.

“All my life, I really had somebody to talk to,” said Grissom. “My parents have been there supporting me through everything, and maybe they just didn’t have anybody that really supported them or loved them.”

That is why this group of students wants to be there for each other and become leaders of unity in their own school communities.

Wildewood Christian Church is hosting the event, and senior minister Dwayne Rodgers told News 9, “The country is so divided in so many ways, and it’s something that we’re hoping that it goes away by itself, but it won’t.”

Eleventh grader Jayvion Frazier already has some advice for students at consolidated schools like John Marshall, coming from his experience at Harding Charter Prep, where he shared the halls with Harding Fine Arts students.

“The best thing for you to do is just to love that person with all you can,” urged Frazier, “because even though you’re rivals, you’re still people and you don’t have anything against that person. It’s just that your schools are different.”

Saturday will be filled with activities as well as discussions like this.

“The goal of it is, if you can come in as strangers but walk out with the possibility of being friends, then we’ve done a good thing,” Rodgers said.

The free event lasts from 10 a.m. to 1 p.m., and lunch is provided. For more information, contact Dr. Nancy Alexander at nancy.alexander@langston.edu.